December 1 2017
33
Rosoboronexport signed a contract with the Ministry of Defense of Uzbekistan on the supply of X-NUMX Mi-12 helicopters, reports TASS message from a diplomatic source. 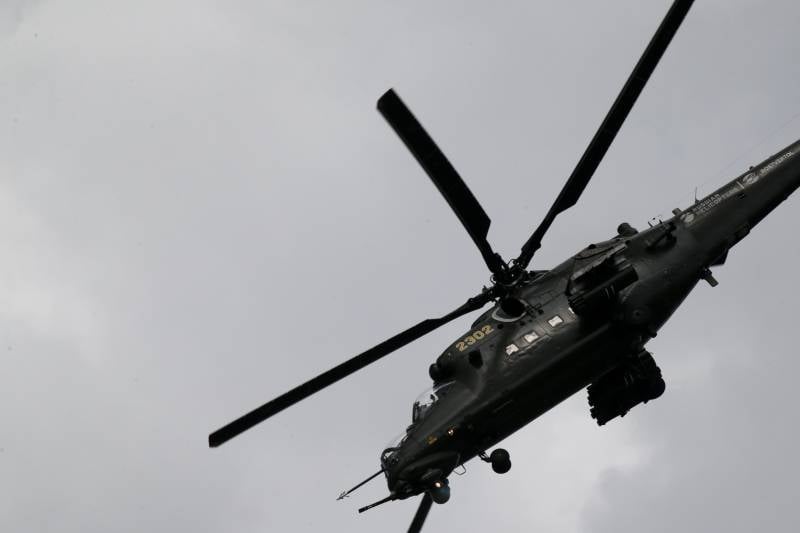 The contract for the supply of attack helicopters 12 signed, the supply of combat vehicles will begin in 2018 year. The lengthy negotiations on the agreement and the terms for its implementation were completed during the recent visit to Uzbekistan of Russian Prime Minister Dmitry Medvedev,
clarified the interlocutor of the agency.

According to him, “a delegation of Rosoboronexport is currently in the capital of Uzbekistan, which is holding talks at the Ministry of Defense and the state committee on the republic’s defense industry.”

Russian specialists arrived in the republic at the invitation of the Uzbek side. There are practical measures to implement the agreement on the PTS, which was signed in November last year,
added source.

Recall, the MTC agreement between the Russian Federation and Uzbekistan was signed in November 2016 in Moscow, it is designed to further deepen mutually beneficial cooperation in the military-technical sphere, in particular, equipping the republic’s armed forces with "promising weapons and military equipment, repair, modernization, maintenance and utilization of military products ".

Help agency: "Transport and combat Mi-35M designed for the destruction of armored vehicles and fire support units of the ground forces, as well as transportation of personnel, evacuation of the wounded, transportation of goods and other tasks. Helicopters are equipped with modern high-precision weapons and are able to perform combat missions around the clock in various weather conditions. "

Ctrl Enter
Noticed oshЫbku Highlight text and press. Ctrl + Enter
We are
Karimov in the center of Moscow and Russia in UzbekistanSergey Chemezov: Rosoboronexport is steadily increasing sales of military products
33 comments
Information
Dear reader, to leave comments on the publication, you must to register.