December 1 2017
110
Commander of the North fleet Russian Federation Nikolay Evmenov announced preparations for the start of repair of the Admiral Kuznetsov heavy aircraft-carrying missile cruiser. Evmenov's statement is quoted by the news agency Interfax:
He has already been put in for repair, now preparatory measures are taking place, he is at the ship repair enterprise. Everything goes according to plans, no transfers are allowed.

The commander of the Federation Council of the Russian Federation noted that the participation of the Admiral Kuznetsov TAVKR in distant campaigns in the near future is not planned. 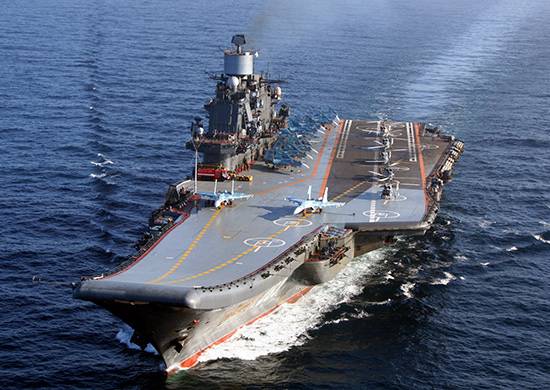 Earlier it was reported that the repair of the only aircraft carrier of the Russian Navy will begin in 2018 year, but the United Shipbuilding Corporation (USC) said they are ready to start repair procedures this year.

About exactly which segments of the ship will be subject to repair in the first place, not officially reported. According to some information, we can talk about repair work on the power plants of a warship and the modernization of its radio equipment.

Recall that the TAVKR "Admiral Kuznetsov" performed combat missions off the coast of the Syrian Arab Republic.