December 1 2017
41
The company "Tupolev" transferred to the fleet Far aviation The aerospace forces of the Russian Federation is another Tu-22M3 long-range bomber. Officers of the military mission in Kazan, together with representatives of the manufacturer, carried out control and restoration work of the next long-range bomber. 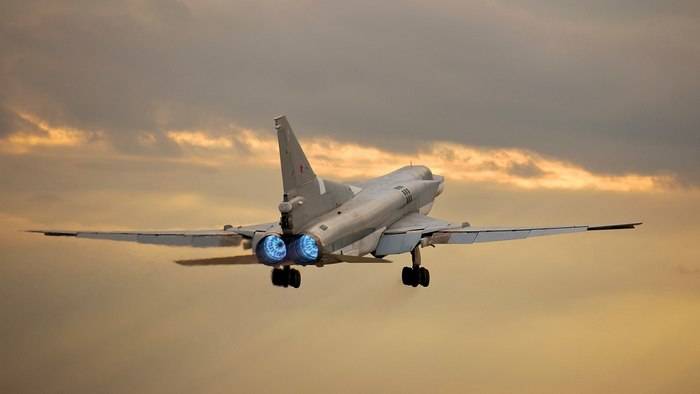 30 November 2017, the aircraft left the flight test station of the Kazan Aviation Plant. S.P. Gorbunov - branch of PJSC "Tupolev". In the workshops of the enterprise at the Tu-22М3, the entire list of planned control and rehabilitation works was carried out, and all ground tests were carried out at the flight test station of the plant. The presenter, acceptance and familiarization flights were also successfully passed.
- According to the press service of the company.

After the aircraft was handed over to the customer, the aircraft, traditionally having flown over the enterprise, set off at its destination.