December 1 2017
16
The frigate Admiral Grigorovich, who repeatedly attacked terrorist positions in Syria, is again heading to the Mediterranean Sea, the commander of the Black Sea said. fleet Alexander Vitko.

At present, the Veliky Novgorod and Kolpino submarines perform tasks in the Mediterranean Sea, the Admiral Grigorovich frigate is also sent there.
- Vitko said in an interview with the newspaper "Red Star". 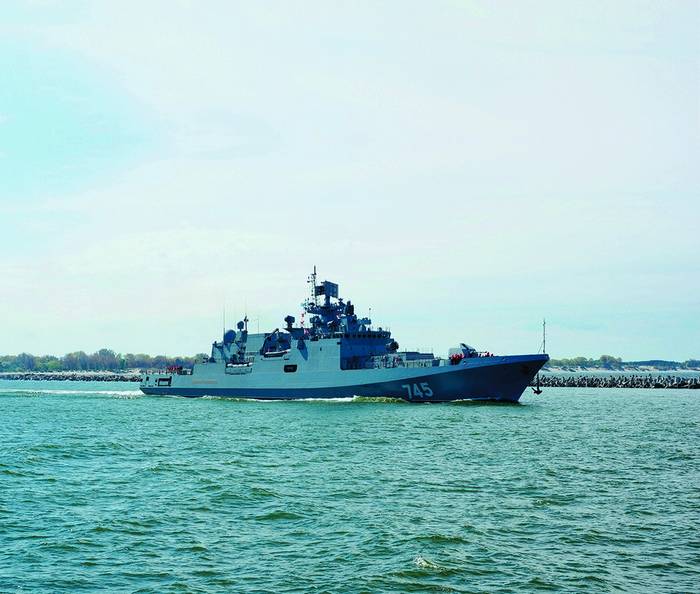 In July of this year, "Admiral Grigorovich" returned to Sevastopol after a four-month campaign, during which he, as part of the permanent compound of the Russian Navy in the Mediterranean, performed tasks off the coast of Syria.

The 1135.6 project ships are designed to counter surface ships and submarines, to repel attacks of air attack weapons, both independently and as part of formations. They have universal missile and artillery weapons and modern radio equipment for anti-submarine and air defense.

The frigates have a displacement of 4 thousands of tons, the speed of travel - 30 nodes, autonomy - 30 days, crew - 200 people. In service of the ships are the Caliber or Onyx extended-range cruise missiles, the Shtil missile system, the 100 caliber millimeter artillery, the Kortik anti-aircraft missile system, torpedoes, the Ka-31 helicopter, reports RIA News.

Ctrl Enter
Noticed oshЫbku Highlight text and press. Ctrl + Enter
We are
The two newest submarines of the Black Sea Fleet entered the Mediterranean SeaThe chief military prosecutor of Ukraine Matios said that the commander of the Black Sea Fleet of the Russian Federation, Admiral Alexander Vitko "is hiding from the Ukrainian investigating authorities"
Military Reviewin Yandex News
Military Reviewin Google News
16 comments
Information
Dear reader, to leave comments on the publication, you must to register.