December 1 2017
35
The terrorists fought on several fronts at once and suffered serious losses in the province of Hama. The Kurds have refuted the winding down of the US SDF funding program. Reports about it FAN with reference to Syrian sources. 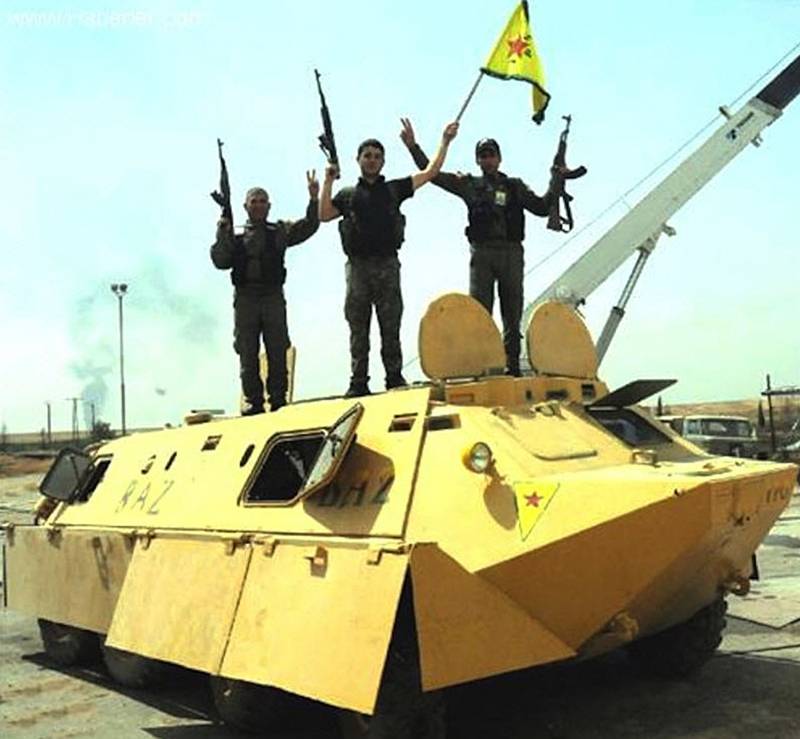 In the eastern suburbs of Damascus, armed clashes between the Syrian Arab Army (AAA) and anti-government groups associated with terrorists continued in the past 24 hours. The fighting takes place on the outskirts of the settlement of Harasta, near the cities of Kafr Batna and An-Nashabiya, as well as near the eastern regions of Damascus - Ain Tarma and Dzhobar.

Detachments of the terrorist alliance "Hayat Tahrir ash-Sham" intensified attempts to counterattack positions of government forces in the south of Aleppo province on the outskirts of the city of Hanasser. It was reported that the Dzhebkhat an-Nusra detachments (the group was banned in the Russian Federation) beat off the strategic high ground of Abesan from the SAR troops, located closer to the border with Idlib. However, this information has not yet received official confirmation. The Turkish side continues to increase its combat power in the area near the border with the Kurdish enclave in the north-west of the SAR, which is formed around the city of Afrin. On the eve, new armored personnel carriers, howitzers, as well as additional units of the Turkish army were redeployed to the outskirts of the border Turkish province of Kilis.

The representative of the Syrian Democratic Forces (SDF), consisting mainly of Kurdish armed forces, said that the United States continues to cooperate with them and, accordingly, continue to support them, including the military. The fact is that in recent days, the issue of cessation of financing of the Kurds by official Washington has sounded more and more actively in many media.

The air forces of the Western coalition, led by the United States, launched a series of air strikes on the city of Hajin, located east of the Euphrates in the southern part of Deir ez-Zor province. Information about the outcome of the airstrike has not yet been reported.

In Raqqah, during the past 24 hours, as a result of the rupture of another mine left by the IG terrorists (a group is prohibited in the Russian Federation) before the retreat, another person died. This time - the mercenary Oliver Hall hails from the British Portsmouth, who fought as part of the Kurdish Popular Self-Defense Detachment (YPG). The forces of the Western coalition, which participated in more than four months of racism by Raqqi, reduce the military presence in the area and gradually leave the city. On the eve of the destroyed administrative center left about 400 US Marines.

In the past 24 hours in the northern part of Hama, militants of the terrorist coalition led by Al-Nusra fought on several fronts at once. In the first half of the day, armed clashes of “al-Nusra” were observed with some other Islamist groups. In the northeast of the city of Hama, the group led battles with IS troops. In addition, the radicals were able to prevent members of the underground group of the IG from reaching the territorial enclave of igilovtsy in this region. Almost all the "underground" were destroyed. However, casualties suffered both sides. In the north-west of the province, formation forces attacked Syrian al-Qaida strongholds (banned in the Russian Federation), eliminating several members of a terrorist organization during machine-gun fire.

Ctrl Enter
Noticed oshЫbku Highlight text and press. Ctrl + Enter
We are
Situation in SyriaFull Syria summary for 24.03.2017 of the year
35 comments
Information
Dear reader, to leave comments on the publication, you must to register.