"Michael". The March offensive of the 1918 Kaiser army in France. Part of 4

December 8 2017
21
The reinforced transport of American troops to France forced E. Ludendorff to choose the month of March as the optimal time to go on the offensive.

March 10 was followed by the Main Apartment directive on the “Michael” offensive. She read:
“1) Attack“ Michael ”will be held on March 21. The attack on the first enemy position - in 9 hours 40 minutes of the morning.
2) The first strategic task of the crown prince of Ruprecht is to reach the British in the Cambrai sector and to occupy the area north of the Omignon river, which flows into the Sommu, to the Croisil line - Bapom - the mouth of the Omignon. In case of a successful attack on the right wing (17 Army), it should be continued beyond the Croisil.
A further task of the group is an attack in the direction of Arras - Albert, while relying on the Somme at Perron with the left wing. Having a center of gravity on the right wing, the English front must also be shaken in front of the 6 army, freeing German forces for maneuver warfare located here. In this case, all divisions behind the 4 and 6 armies should be pulled up immediately.
3) The group of the German Crown Prince initially moves to the Somme and the Crozat Canal south of the Somme. With the rapid advancement of the 18 Army, it is necessary to capture the ferries through the Somme and the canal. At the same time, the 18 Army must be ready to extend its right wing to Perron. The group takes care of the reinforcement of the left wing of the 18 army by the divisions of the 7, 1 and 3 armies.
4) The 2 th Guards, 26 th and 12 Infantry Divisions are controlled by the High Command.
5) Final decisions on the attacks of "Mars" and "Ergengel" High Command reserves for themselves depending on the course of the operation. "

Thus, the group of the Bronarian Kronprinz (17-I and 2-I armies) received the task of rejecting the English front in the north-west direction, and the 18-I army, extending the right flank to Perron, had to assume the left flank of the operation on the line of the river Somme.

March 10 began combat supply of shock divisions (division strength - 9 battalions and 11 - 14 batteries, up to 12000 fighters). From 3's to 7's divisions were merged into army corps.

At this time, the allies are no less intensively preparing for defense.

Imposed, as we have noted, the imprint of the lack of a unified command.

According to A.-F. Petena, the first line of defense should have only temporarily held off the enemy’s advance, and the main resistance should have been on the second line. But many commanders considered it unacceptable to surrender positions captured at such a high price in the 1915 year. 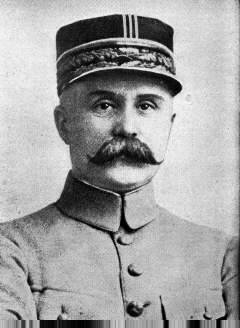 In the absence of accurate information about the direction of the enemy strike, it was difficult to choose the necessary points to concentrate strong reserves on the likely directions of the German offensive. The French command was expecting a German offensive either against the British front at Cambre, or against the French armies at Reims. 39 divisions, according to F. Foch, should have made a general reserve. F. Foch proposed to place this reserve in three groups: in the Dauphin, in the area of ​​Paris and in the region of Amiens (behind the weakest section of the British 5 Army).

The British refused to allocate the 7 divisions required of them to the general reserve - and the idea remained only an idea. The national armies prepared themselves to repel the German offensive.

The French command expected the Germans to advance only partially against the British right flank, and mainly against their armies in the r. Marna.

In February, the cover of the unknown began to gradually subside - intelligence data spoke about the concentration of significant German forces in the bend of the front at Laon. At the end of February, air reconnaissance reported large rail traffic, heavy road and bridge construction and an increase in the number of military warehouses on the entire German front from Lille to Oise - particularly noticeable in the area from Arras to La Fer, that is, against the British 3 front and 5 armies.

The British command decided that the Germans would follow 19 in March on the front south of Arras. From two German defectors it became known that the attack would begin at the front of Arras - S.-Quentin.

Thus, the March offensive of the Germans was not unexpected for the British.

In January 1918, the British occupied the 220-kilometer front from Ypres to Oise with the forces of the 57 divisions - the 40 divisions were in the first line, the 10 divisions - in the army reserves and the 7 divisions - in reserve field marshal D. Haig.

The British command attached the most serious importance to the northern sector of its front. Directions to the ports of Dunkirk, Calais and Boulogne were recognized as the most important - and to be secured. The 2 and 1 armies, respectively, from Ypres to Arras, occupied the most concise fronts, having sufficient reserves in the rear.

Otherwise, the southern section was rated south of Arras. Here it was considered possible to retreat to the line r. Sommes - and without any serious strategic consequences. It is obvious that the British were much less interested in providing the interface with the French and the shortest direction to Paris that runs from it than in providing their coastal bases and communications.

As a result, the front from Arras to r. Oise was occupied by the English troops most weakly. 39-km plot from the river. Scarpa to Guzokur occupied the 3 Army, which had 10 divisions in the first line and in reserve (the strength of the English division was 7 battalions and 12 - 12 batteries; about 18 fighters). The 13000-km front from Guzokur to Barisi (south of La Fera) was occupied by the 62 Army, which had cavalry divisions in the first line of 5 divisions and in the 11 reserve. 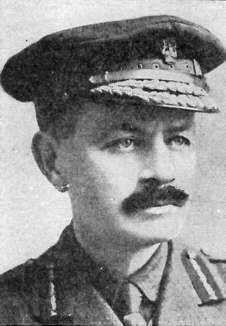 14. The commander of the British 5 Army, General D. Bing.

Thus, the 31st English infantry division had to withstand the forces of the Germans, which exceeded them exactly 2 times. The British had 3 thousand guns, 216 tanks, about 500 aircraft. 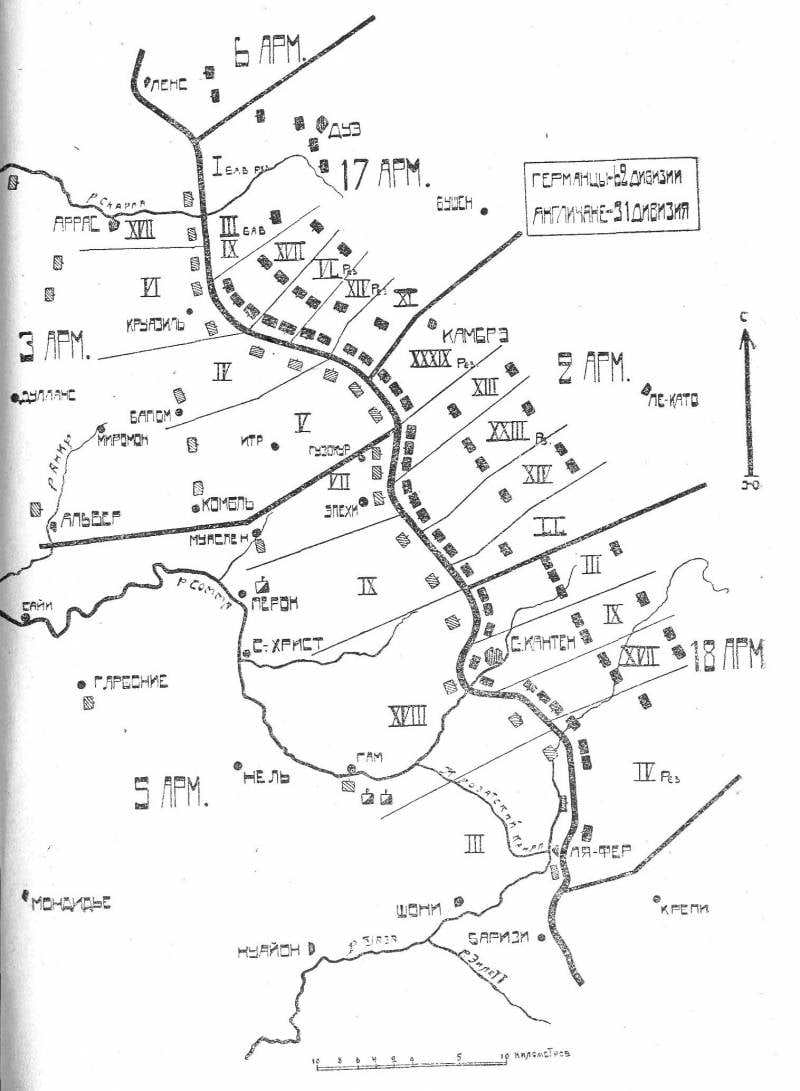 15. The concentration of the forces of the opponents to the beginning of the operation "Michael".

The question remains why D. Haig, aware of the direction of the German offensive, did not take measures to strengthen the southern (threatened) flank. And he himself admitted that the 5-I army was too weak. Justifying himself, the English commander-in-chief wrote that with a large length of the front it was not possible to be strong enough in all threatened points. “It was therefore necessary, first, to firmly secure the most important direction” - and the northern one was recognized as such as the shortest to the sea.

In the southern section, D. Haig was counting on the possibility of quick support from the French. But the latter expressed their dissatisfaction with the activities of Field Marshal. It was noted that "Haig was hypnotized by an imaginary threat to his left flank and therefore did not have any strategic reserves in the area between Skarpa and Oise." But at the same time, the French forgot that their reserves (except for the 3 Army in the Mondidier area) were dispersed to the east.

And at dawn of 21, the roar of thousands of German guns announced the world about the start of the last act of the First World War - the beginning of the campaign of the 1918 of the year.