Should the Turkmen army prepare for a “meeting” with the Ishilovites after the statements of the American general?

December 1 2017
26
The commander of the armed forces of NATO and the United States in Afghanistan, General John Nicholson, announced that over the past few months, the concentration of militants of the so-called Islamic State (* prohibited in the Russian Federation) has increased in northern Afghanistan. According to the American general, coalition forces are currently more concerned with countering terrorists in the central and eastern parts of the country. At this time, the ISIL militants (*) move to the north, creating a solid infrastructure, similar to the one that was previously created by them in Syria.


The same General Nicholson claims that the field commanders of ISIS (*), according to American intelligence, are in contact with representatives of another terrorist group - the Taliban (*), and that part of it that is located in Pakistan. According to Nicholson, igilovtsy aim to replenish the ranks with the help of the Pakistani Taliban who are ready to join them.
It is important to note that General Nicholson rejects statements about the movements of igilovts extruded from Syria and Iraq in the Afghan direction. According to the American commander, he would “be very surprised if the situation developed in this way.” At the same time, Nicholson did not explain where, then, in this case, “the legs grow” from the substantial increase in the number of ISIS terrorists (*) in Afghanistan?

Earlier in the United States they stated that mainly igilovts, who came to this country from the territory of Uzbekistan through the province of Balkh, are fighting in Afghan territory.

In what geographic regions of Afghanistan is there an increase in the concentration of IG terrorists (*), if you believe the statements of the American general? These are mainly the territories of the Afghan provinces that border Turkmenistan. First of all, it is about Herat and Faryab.

The US military commanders declares that it is preparing an operation to counter ISIL (*) in the provinces of Afghanistan adjacent to the Turkmen border. This statement could well be applauded - an irreconcilable fight against terrorism, everything, but there are certain nuances.

Considering all the relatively recent anti-Igil operations of the American troops (including coalition) against ISIS (*) in Syria and Iraq, an important detail can be noted. It lies in the fact that as a result of such operations, the majority of terrorists are not destroyed, but squeezed into adjacent territories. So it was in Raqqah, when the main "contingent" of militants was carefully taken out along the "green corridors" to the neighboring province of Deir ez-Zor to oppose the CAP government forces there. So it was during the operation to liberate Mosul, when the top of ISIS (*) left the city before the operation began, and when hundreds of militants eventually crossed the border of neighboring Syria and also engaged in battle with the troops of Assad and their allies.

By a surprising coincidence, the concentration of ISIS militants (*) is increasing in the direction where the armed forces are inferior to the armed forces of their neighbors in the region, non-alliances. Speech about Turkmenistan. 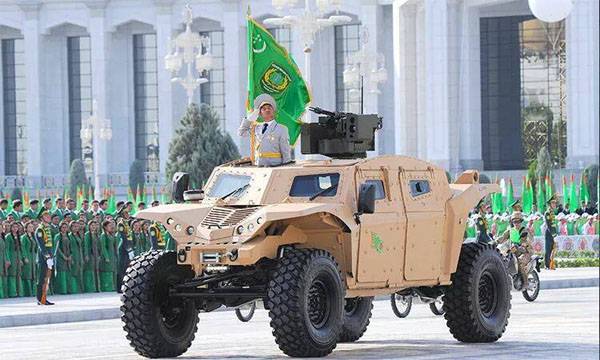 The number of Turkmen armed forces does not exceed 40 thousand people. At the same time, Turkmenistan positions itself militarily neutral by the state; it is not part of the military-political blocs. 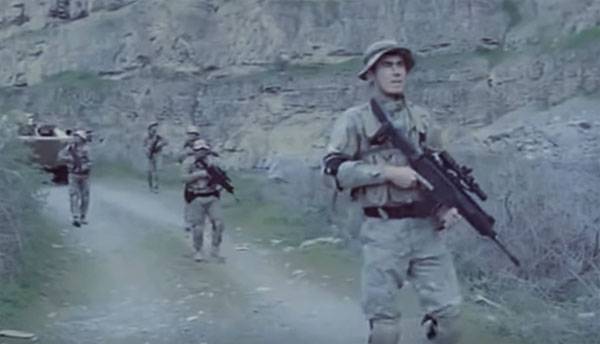 And, most importantly, Turkmenistan is the richest country in Central Asia in terms of energy resources (hydrocarbons). Turkmenistan includes two large oil and gas basins - Turan and South Caspian. According to the latest estimates, the resources of the West-Turkmen oil and gas-bearing region alone, which is part of the South Caspian basin, amount to about 5 billion tons of oil and not less than 3 trillion cubic meters of gas. It is worth paying attention to the fact that in the Turkmen part of the South Caspian oil and gas basin joint projects of Turkmenistan and companies from the EU and India are being implemented. So, on Block-11, 12 (the name of the project in the specified hydrocarbon basin) in Turkmenistan, the Danish company Maersk, the German Wintershall and the Indian ONGC ME are working. These companies are involved in the extraction of hydrocarbons on the Turkmen shelf of the Caspian Sea.

An important fact is that for a long time the US-NATO military presence in Afghanistan, the Turkmen authorities (both under Niyazov and under Berdymukhamedov) refused to command the NATO command to deploy military bases of the military bloc on Turkmen territory. In particular, at one time, official Ashgabat refused to Germany, asking for airdromes for military deployment aviation. At the same time, Turkmenistan, as it turned out, is so neutral that its representatives (under Niyazov) negotiated both with representatives of the Taliban (*) movement and with pro-government (subsequently government) forces supported by the Americans.

All these factors are unlikely to go unnoticed by American military (and not only military) analysts. After all, if the United States is really preparing for the operation “against ISIS (*)” in the Afghan provinces adjacent to Turkmenistan, then the States can kill several birds with one stone in terms of their own geopolitical interests. First, the soil is being probed on the subject of contacts of the “northern” igilovtsy with the Taliban, with whom, as a whole number of sources claim, was already in contact with Niyazovsky Ashkhabad. In this case, it is very likely that extrusion of the igilovites to Turkmenistan is possible - not without help in the "reception" by the Pronyaz forces, who after the death of Turkmenbashi were pushed back politically. A sort of revenge ... Secondly, given the experience of igilovtsev activities in Syria, there is a high probability that they can head to Turkmenistan to take control of precisely the oil and gas regions. Thirdly, Turkmenistan borders with Iran in the south and with Kazakhstan in the north. To “stir up” something in Iran is an old dream of Washington as a dream and to organize another hotbed of instability near the borders of Russia - through the very same Kazakhstan, in which Nursultan Nazarbayev as president is not forever. Moreover, Turkmenistan is also an outlet to the Caspian Sea, and this, in turn, is a direct opportunity for the United States to upset the legal status of the Caspian Sea as an inland sea for the Caspian states.

In general, one cannot leave this geopolitical direction without attention unequivocally, otherwise even the Ukrainian conflict at its side may seem like flowers.

Well, in conclusion - a video about the Turkmen army. We will consider - for the "intimidation" of ISIS (*) ...

True, there are skeptics who claim that not everything shown in the video is part of the Turkmen army. And let ... - for ISIS (*) there will be a "surprise". If it will be...

Ctrl Enter
Noticed oshЫbku Highlight text and press. Ctrl + Enter
We are
"IG" in Afghanistan. Will the war come to Central Asia?Pakistan and the United States: can not be friends
Military Reviewin Yandex News
Military Reviewin Google News
26 comments
Information
Dear reader, to leave comments on the publication, you must sign in.