In the world of Stoltenberg. Fight for the Arctic unfolds 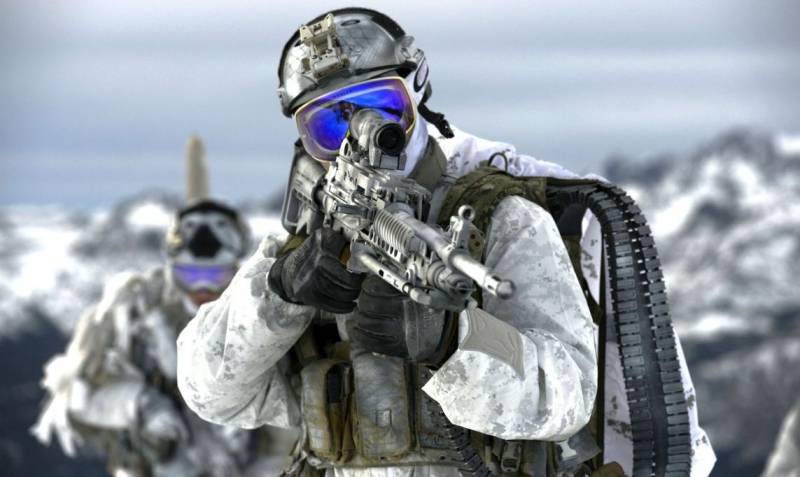 An interview with NATO Secretary General Jens Stoltenberg to the German newspaper “Die Welt” last week sounded like an alarming alarm: the Russians are taking over the Arctic.

As if the officials in Brussels and Washington had been sleeping soundly in recent years and, suddenly waking up, they discovered that Russia had begun to harness the wealth of the Arctic region. And Russia cares about the security of its northern borders.

There is nothing surprising in the “alarm” of J. Stoltenberg. It is caused by changes in the position of Washington, which, due to the personal characteristics of the last two American presidents, allowed a delay in the attack on the Arctic. At first, President Obama made a bid to combat global warming and, from his point of view, the development of Arctic deposits was unacceptable. This made US companies cautious about investing in this region — bans were expected. In addition, the situation was aggravated by sanctions against Russia and the fall in oil prices. As a result, American companies that had already been drawn into the Arctic backed up. ExxonMobil left a joint project with Rosneft for work in the Kara Sea, with Statoil, ConocoPhillips, Chevron gone.

Now it became clear that they hurried. The international community did not support Barack Obama in his attacks on the extraction of minerals in this zone, although he has increased demands on her. In the Arctic, oil spilled in water causes far more damage than in other regions of the planet. The failure of a number of legal issues in the Arctic Council also can not be a brake on the development of wealth, especially when it comes to the exclusive economic zone.

President Trump radically changed the course of his predecessor regarding the development of the Arctic. A comparison has begun with what Russia has already done, and, it would seem, this should primarily concern the working peaceful capacities. However, in the world of Stoltenberg the main role is played by military realities, and more often by military illusions. And what Russia is doing to develop the Arctic, and what it is doing to protect its northern borders, have become in this world an increase in the Russian military threat.

Stoltenberg is worried that in recent years Moscow has expanded its military presence in the Arctic. She opened "several military bases in the area, launched flotilla new icebreakers and even conducts military exercises there. ” According to the NATO Secretary General, ten years ago, having lowered the Russian flag to the bottom of the North Pole, Moscow declared to the whole world that the Arctic belongs to it. And in his application to the UN Commission on the external borders of the shelf for the possession of 1,2 million square meters. kilometers of the bottom along the Lomonosov ridge, she decided to get the territory equal to Ukraine, Poland and Germany, combined. At the same time, Moscow argues the application not by the presence of the richest deposits here, but by the fact that this section is a continuation of the Russian part of the continent. All the same, this application, according to the NATO Secretary General, is an act of aggression.

In the Arctic, two Russian military bases did indeed appear - the Arctic Trefoil on the land of Alexandra (archipelago of Franz Josef) and the Arctic Clover in the area of ​​the Novosibirsk Islands archipelago. Both bases are designed for the installation of anti-missile defense systems on them in order to intercept American strategic missiles launched from submarines in the Arctic Ocean. In total, the bases will be located on six islands. They are few (150 military) and have only their own security system.

It would seem that these purely defensive powers should not be disturbed. However, Stoltenberg is getting scared by the Russian civil icebreaker fleet. It currently has 40 icebreakers. New icebreakers are being built, including with nuclear power plants. The purpose of this construction is to extend the summer navigation along the Northern Sea Route and ensure that ships are guided year-round. For this purpose, new vessels are being developed, including those with laser ice-cutters.

What opportunities the Arctic opens up for merchant shipping is shown by the first passage of the new Russian LNG carrier Christophe de Margerie unaccompanied by an icebreaker during the summer navigation of 2017. The gas carrier covered the distance from Norway to South Korea in 19 days, which is a week shorter than through the Suez Canal. If we bear in mind that the tanker was built at the South Korean shipyard Daewoo Shipbuilding & Marine Engineering (DSME), which won the tender for the construction of 15 such vessels intended for the transportation of LNG, then the scale of the plans is obvious: the Northern Sea Route will become an international trade artery, including a route delivery of Russian LNG to Southeast Asia in the least expensive way.

By and large, Stoltenberg is right: this is a strategic gain for Russia and the West needs to worry. Only in a not so hysterical way, which caused Russia's intention to create an armed icebreaker. This is a project 23550, conceived as a universal warship, icebreaker and tug. These icebreakers will be equipped with a modular set of weapons. In addition to electronic equipment and a heavy hull, 23550 icebreakers will include the ability to deploy missile weapons. Missile systems "Caliber-NK" [cruise missile] can be placed on the ship behind the landing pad of the helicopter. On board, you can deploy eight launchers. The first icebreaker of this project "Ivan Papanin" was laid in April with. Most likely, he will join the Northern Fleet of Russia.

However, the leadership of the Russian Federation is not so obvious in all areas of the Arctic development. In geological exploration, Russia is inferior to the United States and Norway. According to the Ministry of Natural Resources of the Russian Federation, the geological study of the Russian shelf is ten times lower than that of the American shelf of the Chukchi Sea and 20 times that of the shelf of Norway. Such a lag in the study of deposits leads to a lag in their development. In gas production in the region, Russia is seriously lagging behind Norway, which has developed vigorous activities on the continental shelf, and in oil production is losing not only to its northern neighbor, but also to the United States, which is developing the coastal fields of Alaska. Russia looks more advantageous against the background of Canada and Denmark, which have not yet begun to extract oil and gas resources in their Arctic possessions.

Apparently, the temporary confusion in the development of the US position on the Arctic has ended. Interview Stoltenberg has a signal character. It followed the announcement of Trump's plans to build super-tracks for the US Navy. Today, the US has only two icebreakers in the Arctic, but Trump has already announced that this should change. “For the first time in 40 years,” he said, “we will build the first heavy icebreaker,” followed by others. He is supported by a group of senators from both parties, which requires that there be at least 6 units of such vessels. These senators are also impatient to embark on the routes of the Northern Sea Route.

Not long left to wait for the voice of the Pentagon. Not in the customs of American generals silently observe the emergence of new military capacities in Russia. Who cares whether they are defensive or not. Still perceived as a threat.

The fight for the Arctic wealth only unfolds.