Where does the "Warrior" go? 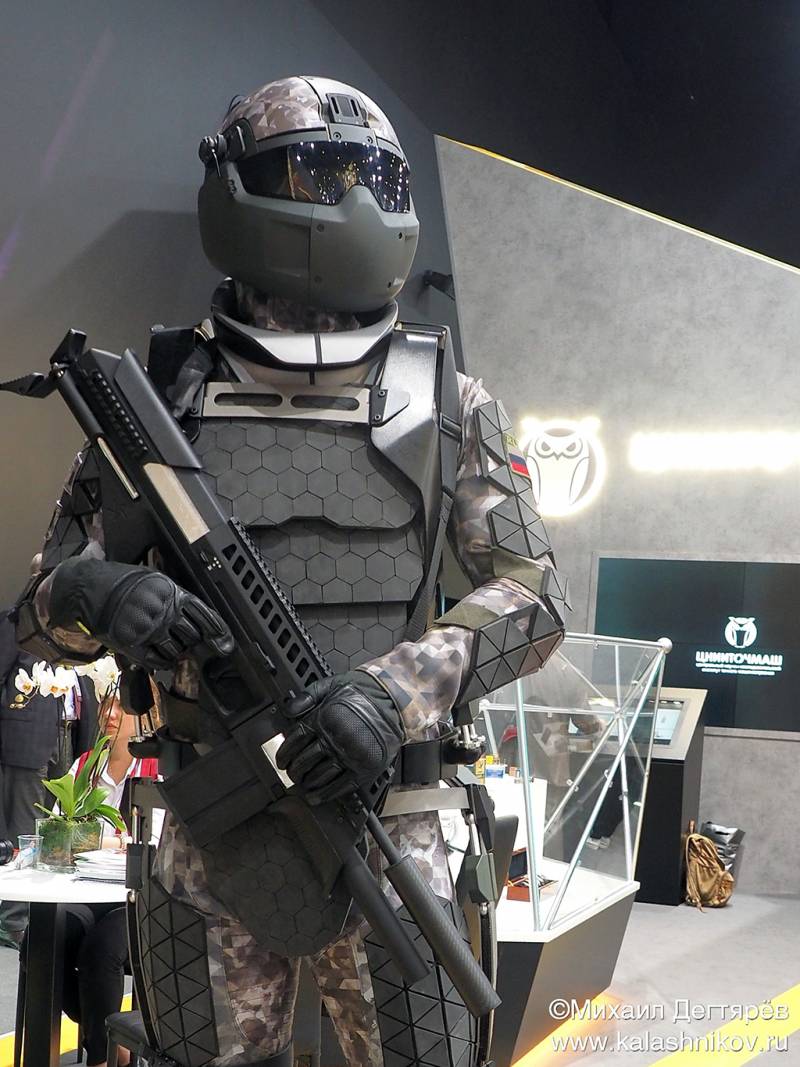 For many years, lovers weapons wearily “kick” our gunsmiths for the lack of universal “innovations and inventions” in the military arena. Against this background, somehow forgotten that the industry, in general, only meets the needs of the customer, corresponding, in turn, to the level of his understanding of their own needs and professionalism in general. It would seem, what is there to worry about? However, in terms of small arms, "bells" on the reverse of the MO are distributed for a long time. And so, they, like notes, finally formed into a completely finished “musical work” - the article “Digitized "Warrior"»» In the newspaper "Krasnaya Zvezda" - the central print organ of the Ministry of Defense of the Russian Federation.

The material is dedicated to the results of the operationally controlled set of combat equipment of a soldier (KBEV) "Warrior". Without trying to embrace the immense, namely the whole set, we will stop focusing on the subject of interest for all fans of small arms. What can be understood, and what conclusions can be drawn from this accessible information? We will quote something and briefly try to figure it out.

The phrase “... on the whole in the defeat system, the accuracy of shooting has been improved 1,5 times (from 12 to 8 cm) ...” confuses. How can we generally adequately assess the accuracy of the characteristics of various types of KVEB small arms (assault rifles, machine guns, sniper rifles) developed for specific ammunition, moreover, to assess which, often, different dispersion characteristics are used? Unclear. If we assume that the phrase refers to the machines in the caliber 5,45 × 39 mm, questions still remain: where did the figure 12 come from, and what does it mean? If you look at the specifications for the AK-74М (6P34 index), you can see that for the released sample, adopted by the OTK and VP MO, the accuracy of single shots (according to the core dispersion characteristics CB and SB) could not exceed 10 cm, and reality was better than this figure. So, exalting 8, see how great achievement is not entirely correct.

"... the effectiveness of firing relative to the standard AK-74М increases in AK-12 and AK-15 twice, and in 6P67 in 2,3 times." “Horses, people” mixed again: what kind of fire, from what positions, at what distances, on what targets, in a subunit (offensive, defense) or a single shooter, qualification of shooters, with or without errors in determining the range and setting the sight? A large number of research and development projects carried out in the USSR, based on a huge statistical result, proved that it is impossible to increase the effectiveness of firing 1,5-2 times on traditional schemes, and balanced automatics achieve this figure only with a very large firing rate (from 2600 to 6000 ./min.) with the expected reduction in the service life of parts and the deterioration of reliable operation. The latest OCD, in which it was possible to achieve the fulfillment of these requirements, was the topic “Abakan”, which ended with the adoption of the AN-94 machine gun (index 6П33). Unfortunately, for some reason this model was forgotten by the leadership of the Ministry of Defense and did not fully participate in the tests on the “Warrior” theme, although this could shed light on this whole epic.

"By the accuracy of AK-74M" body kit, it surpasses AK-74M almost 1,3 times ". Due to what technical solution AK-74M from the warehouses of the MO without interference with the automation could achieve such results? It is doubtful that changes in ergonomic nature and replacement of DFC allow it to be done without the occurrence of side effects (an increase in the acoustic impact on the shooter, unmasking of the shooter (increased flame, elevation of dry soil particles), etc.).

"... that is, the implementation of the standard need time in 4,4 times more." Again, it is not clear what should be done with AK-74М to obtain such results and why, for correctness of the comparison, the same standards are not given, but already for experienced automata (especially balanced ones).

Summarizing. The article left a strange "aftertaste." The impression is growing that with the collapse of the GRAU and the established test system, the level of knowledge of the specialists responsible for adopting new models steadily falls and sinks to information from the Internet and someone’s subjective notions about the beautiful. And the reports from the pages of the Red Star are nothing more than an attempt to save a good face on a bad game. If not worse, a demonstration of a complete lack of understanding of the essence of the events and the inability to control them ...