November 30 2017
31
The courts are turning into one of the most unsafe places on the territory of Ukraine. Today from the city of Nikopol (Dnepropetrovsk region) reports of explosions in the building of the local court come. As a result of the incident, one person died, at least ten were injured and sent to the clinic. The condition of two of the victims is estimated as extremely difficult. They are on the operating table. 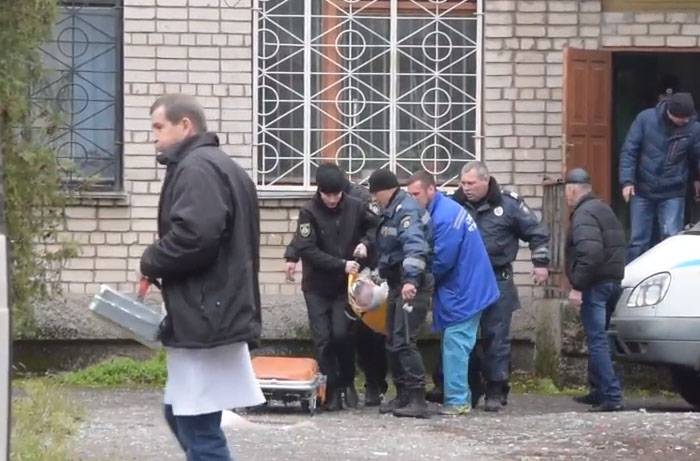 Local media reported that two battle grenades were blown up in the courthouse.

According to the latest data, a man, whose son died in the Dnipropetrovsk region during a car bombing last year, blew up the grenades. According to the court press service, by his actions he wanted to carry out “revenge for the son” - in relation to the persons in the dock.

Media Nikopol reported that the dead is the same person who carried out the undermining of grenades.

In the Ukrainian segment of social networks, bitter irony is already sounding: "Is the Russian trace again?"