November 30 2017
33
Construction of a new slipway with a height of 75 meters has been launched at the Severnaya Verf shipbuilding plant in St. Petersburg. After the construction is completed, the shipyard will be able to build ships of the first and second rank for the Russian Navy, including promising nuclear destroyers of the Leader type. This was announced by the head of the United Shipbuilding Corporation Alexey Rakhmanov. 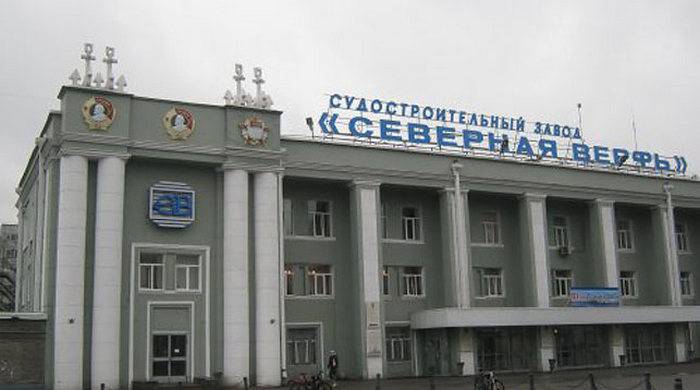 This site will allow us to diversify and organize the production of various marine structures and ships with 250 sizes on 70 meters in the largest construction site.
- quotes the press service of the USC head of the corporation.

The construction of the boathouse is designed for two construction sites in which it will be possible to build ships of the type Leader destroyer, icebreakers, and any large-capacity civilian ships. The construction of a new shipbuilding complex is expected to be completed by 2020 year.

According to the head of USC, after the modernization of production, which should be completed in 2019, Severnaya Verf will become the most efficient shipbuilding enterprise within the corporation.

Recall that the creation of a promising Russian destroyer project 23560 "Leader" is engaged in the Northern design office located in St. Petersburg.

Ctrl Enter
Noticed oshЫbku Highlight text and press. Ctrl + Enter
We are
Laid the keel of the first Soviet-era icebreaker with a capacity of 25 megawattsSevernaya Verf Shipyard will launch the third serial corvette of the 20380 Stable project in May
Military Reviewin Yandex News
Military Reviewin Google News
33 comments
Information
Dear reader, to leave comments on the publication, you must to register.