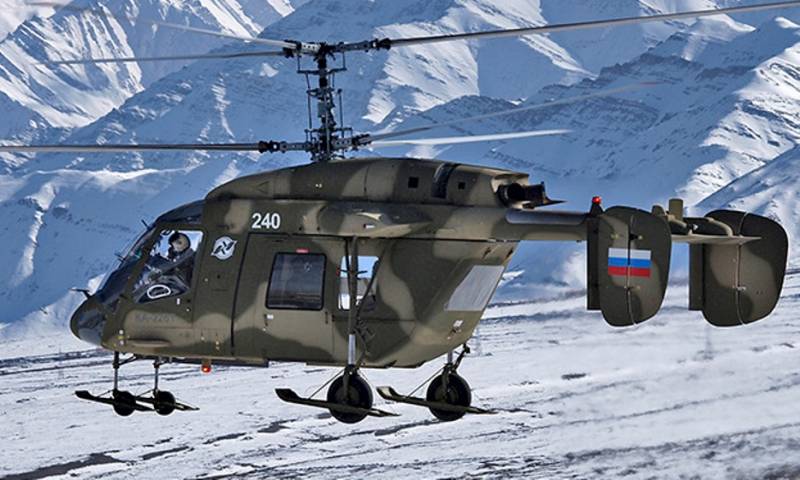 Ka-226T became the first machine in the domestic helicopter industry, the development of which was fully carried out in the virtual space without the use of paper media. This made it possible to halve the risks and costs of both the development of the helicopter itself and the introduction of changes during the subsequent modernization,
says release.

It is reported that Ka-226T is a "pilot project for the creation and production of helicopters using digital technologies."

“Digital production will greatly simplify the development of new modifications, upgrades and changes to the design on demand. All new models and modifications of existing helicopters will be created on the same principle, ”the press service told.

The holding noted that the Ka-226T, developed by JSC "Kamov", built on a modular scheme and has a wide range of applications. In terms of aggregate characteristics, environmental friendliness and economy, the Ka-226T is significantly superior to foreign analogues.

“The coaxial design of rotors and the absence of a tail rotor in the design not only improves flight safety, but also allows the helicopter to be operated from small-sized sites. The operating temperature range of the Ka-226T is from -50 ° С to + 50 ° С, besides, the helicopter does not require hangar storage, ”the press service added.

Ctrl Enter
Noticed oshЫbku Highlight text and press. Ctrl + Enter
We are
The development of military versions of the Mi-38 helicopter has begun
7 comments
Information
Dear reader, to leave comments on the publication, you must to register.