Flight tests of a new, experienced helicopter began in Germany 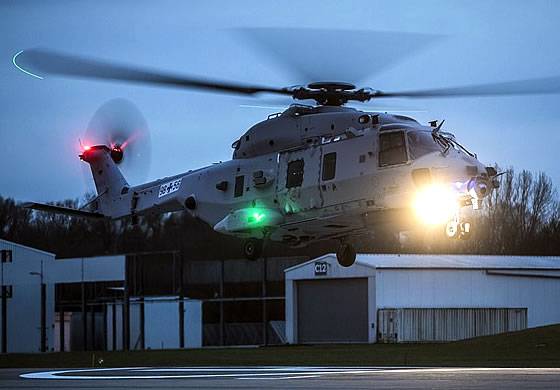 The helicopter customer is the German Defense Ministry.

According to the statement of Airbus Helicopters, “the first flight begins the stage of final testing, which will last several months, and will focus on avionics and software.” Certification of the serial configuration for delivery to the customer will begin in the 2018 year “after making additional changes to the prototype design”.

The helicopter will be equipped with communications and navigation equipment (including satellite communications) specially developed for the German Navy. In addition, the NH-90 "Sea Lyon" will be equipped with "bindings for firing from the 12,7-mm machine gun M3M in the doors on each side of the cabin, as well as automatic identification system AIS (Automatic Identification System) to detect, identify and maintain surface ships .

Ctrl Enter
Noticed oshЫbku Highlight text and press. Ctrl + Enter
We are
The transfer of the new frigate for the German Navy is delayedIn Germany, laid the third frigate project F125
Military Reviewin Yandex News
Military Reviewin Google News
14 comments
Information
Dear reader, to leave comments on the publication, you must to register.