Stories about weapons. Rifles of the First World War. Mauser rifle model 1898 of the year 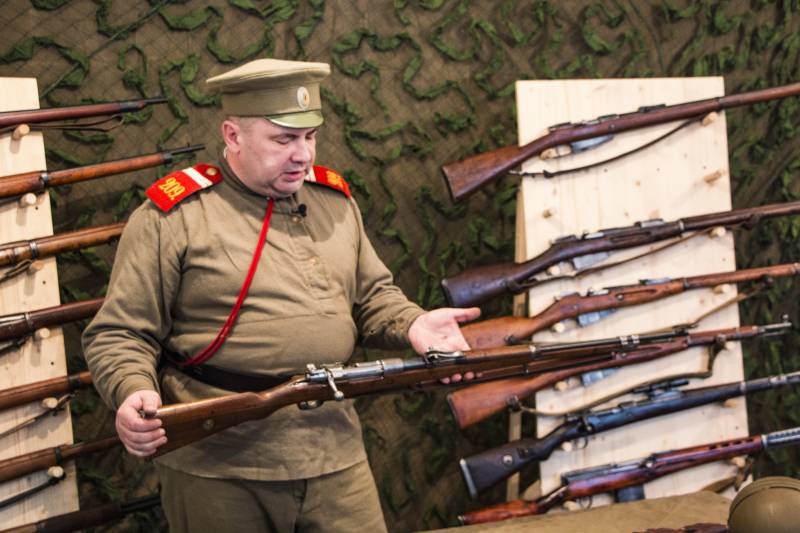 Of the entire variety of weapons that William and Paul Mauser created, it was precisely this rifle, more precisely, its descendants, that was destined to immortalize the names of its creators.

Mauser 98 rifles and carbines are rightfully considered the pinnacle of magazine rifles and even nowadays they are the basis for creating hunting and sporting weapons.

In 1898, Paul Mauser creates a rifle in which he connected all the new items tested on 90's export samples. Spanish, Belgian, Swedish "Mauzers" won the market by that time and enjoyed deserved attention.

The rifle turned out to be so successful that, in a slightly modified form, served in the German Army until the end of World War II, and also in various versions was exported and produced under license in various countries (Austria, Poland, Czechoslovakia, Yugoslavia and others).

In World War I, G98 was the main weapon of the German army. The Second World War passed under the sign of the Kar98k carbine, which was a modification of the rifle. However, G98 took part as a weapon of the Wehrmacht.

Along with the G 98 rifle, the Kar 98 carbine was also released, but it was only produced in its original form before 1904 or 1905, when the G 98 system underwent the first changes due to the adoption of the 7,92 X57 mm cartridge, which had a pointed bullet instead of a blunt one. The new bullet had a much better ballistics and rifles as a result received new sights, regraded under a more long-range cartridge. 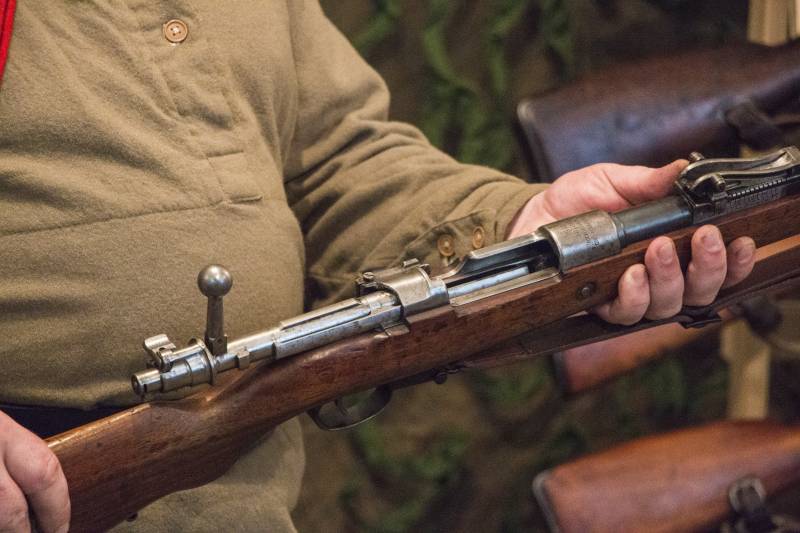 At the same time, the shutter handle was also modified, which was “bent” down to enable the installation of an optical sight. At the very beginning of the First World War, representatives of the army selected about 15 thousands of rifles, distinguished by the most accurate shooting. Rifles were equipped with optical sights and entered service with the German snipers.

2,5- and 3-multiple optical sights of such manufacturers as Görtz, Gérard, Oige, Zeiss, Hensoldt, Voigtländer were used.

In addition, copies of this rifle were produced worldwide.

Rifle Vz. 24, Czech rifle of the 1924 model of the year. Produced in Czechoslovakia from 1924 of the year to 1942 of the year. The rifle had a slightly different design, it was shorter and more comfortable than the 98 Mauser.

Rifle wz. 98. Produced in Poland from 1936 year to 1939 year. It was a complete copy of Mauser, these rifles after the defeat of the Polish army entered the Wehrmacht under the name of Gewehr 299 (p).

Rifles M1924 and M1935. Option adopted by the Belgian army. The main difference is the front fly of its own design and modified attachment of the needle bayonet.

Zhongzhen rifle, she is Chiang Kai-shek's rifle, she is the 24 Type. Chinese rifle, full licensed copy of a German rifle. Produced from 1924 to 1946 years.

Two words about the bayonets that relied on the rifle.

At first it was just a terrible killing tool, long and thin. Since the rifle was quite massive, the bayonet was lightened as much as possible, which led to its fragility. 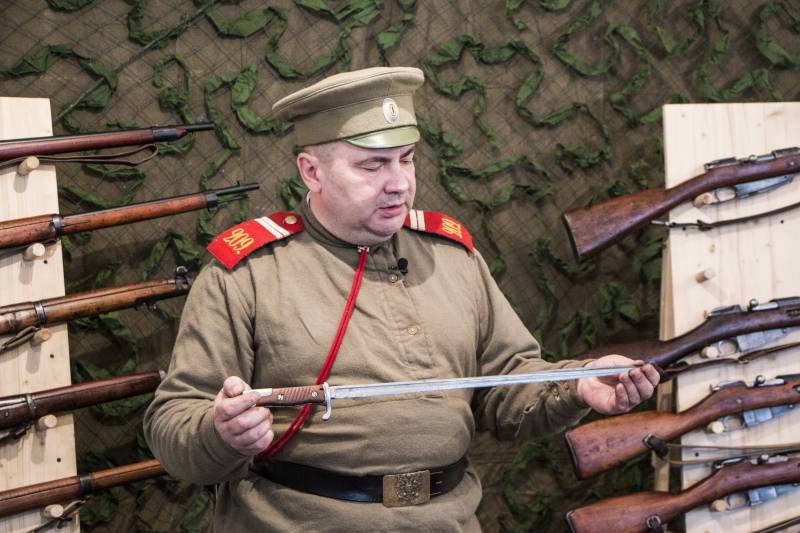 They began to shorten the bayonet, with the result that, in fact, turned out to be the very German bayonet. 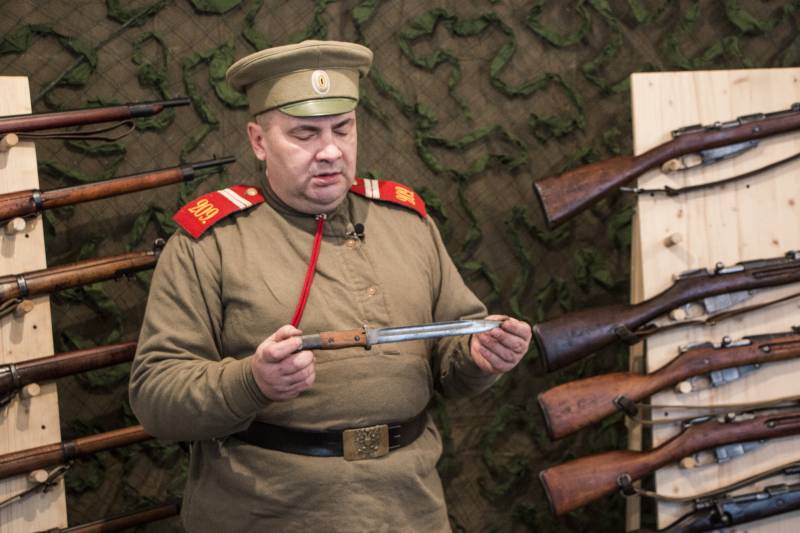 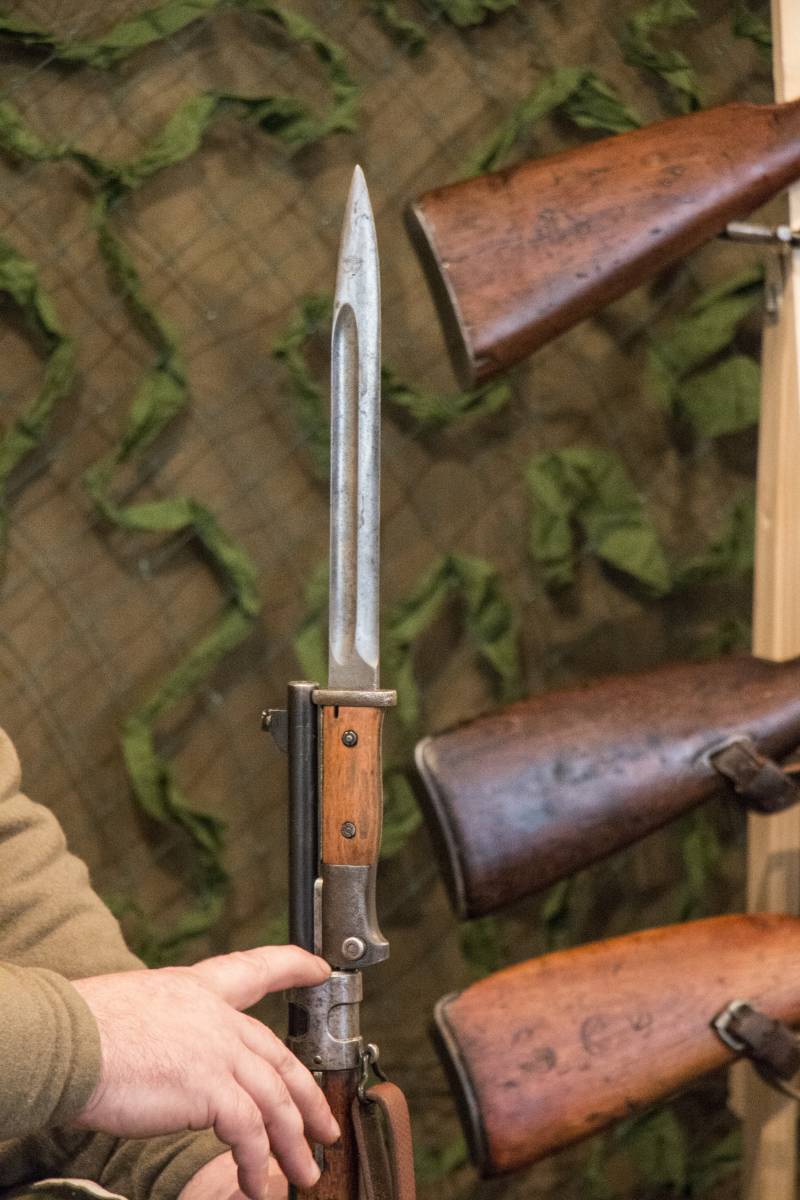 Then we give the floor to Andrei Bondar, a specialist in historical weapons from the Infantery Club. He will tell and show the rifle from the inside.