An expert on the future of British amphibious assault forces

November 30 2017
7
The size of the Royal Marines can be reduced from 6600 troops to 5600, in addition, both amphibious helicopter carriers can be withdrawn from the Navy, leading bmpd an article by the British International Institute for Strategic Studies Nick Childs. 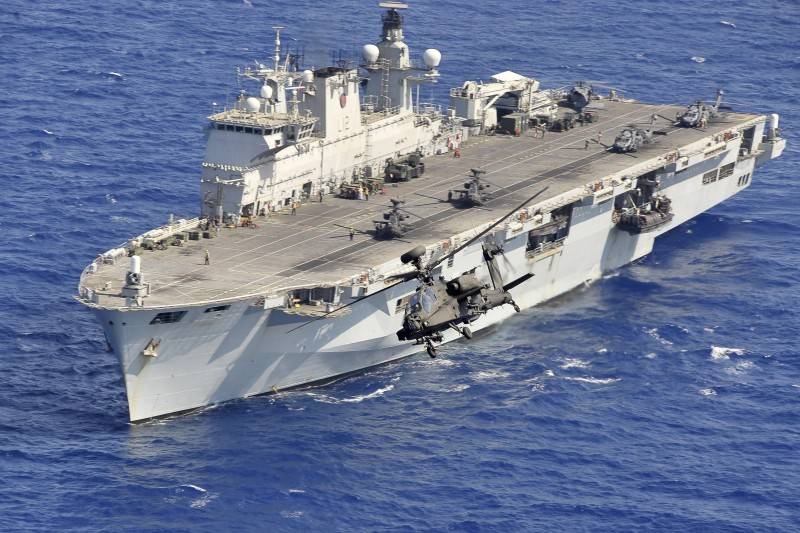 Such a decision can be made against the background of a reduction in defense spending. According to the UK Ministry of Defense, no final decisions have been taken so far. However, the British amphibious assault forces have become increasingly vulnerable over the recent period, Childs writes.

The author notes a certain paradox in the development of the world landing forces.

“Recent hurricanes in the Caribbean have demonstrated the importance of landing fleet and airborne forces in humanitarian relief operations and in the aftermath of natural disasters. France, the Netherlands, and the United States deployed large landing ships in the Caribbean, while the United Kingdom deployed the Ocean landing helicopter carrier and Mounts Bay landing transport dock. The aforementioned missions in themselves take on new significance, which is especially for the Asia-Pacific region, however, to accomplish them, full combat airborne capabilities are not required, ”the article says.

At the same time, given the growth in the proportion of the population living in coastal areas, and, consequently, increasing security concerns, the ability to project military force at sea, as well as be able to direct or divert it if necessary, becomes more popular.

“An increasing number of countries are investing heavily in these needs. However, due to the presence of the so-called A2 / AD threat (anti-access / area-denial), which is a challenge even for the US Marine Corps, few people seek to deploy these forces anywhere other than safe areas (permissive environment). Britain was one of the countries with the most developed amphibious forces, second only to the United States. Now this is a dilemma that the country has to face, ”the author notes.

According to him, “the last significant investments in the amphibious capabilities of Great Britain took place in the 1990's - early 2000's and were sent to the Ocean's new helicopter carrier, two amphibious assault ship-dock and four amphibious transport-docks”.

However, later the country's ambitions in the field of amphibious forces were reduced: the goal was to deploy an incomplete 3 Brigade of Marines. One amphibious assault ship dock was put into reserve, and one amphibious assault dock was sold to Australia. It is noteworthy that the landing helicopter carrier Ocean should be decommissioned as early as next year.

“It is argued that with the growing threat of A2 / AD, as well as the risks associated with the descent of heavy equipment from dock landing ships, a more realistic and appropriate scenario is the use of new British aircraft carriers to provide landing forces aviation at a distance and landing transport docks for the implementation of support and delivery of supplies, ”writes Childs.

Although the traditional “Storming of the beach” tactic is no longer taken seriously, opponents of this new formula believe that Britain will lose its valuable ability to project power from the sea. "The use of new aircraft carriers of the Royal Navy for amphibious tasks will not replace specially built amphibious assault ship dock ships and at the same time threatens to reduce their ability to perform full-fledged aircraft carrier strike functions," the article notes.

Given the pressure factors present, changes in British amphibious assault forces appear inevitable. The main problem, apparently, lies in the extent to which the country's ambitions in this area will decline, the author concludes.