Why does the United States support foreign mercenaries in the Kurdish armed groups?

December 1 2017
8
Former CIA officer Philip Giraldi gave an interview to the Russian media, talking about his thoughts on the development of the situation in Syria. According to Giraldi, the US military presence in Syria does not stop, despite the virtually complete destruction of the ISIL group (* banned in the Russian Federation) in this country. The main goal of Washington in Syria, according to the ex-employee of the Central Intelligence Agency of the United States, is to support the Kurdish armed forces. Kurdish whether? ..

Syrian journalist Riyad Farid Hijab focuses on this. According to him, Kurdish troops refuse to engage in hostilities against the CAA and allies, but foreign mercenaries as part of the so-called Syrian Democratic Forces are willing to go to Damascus for funding from Washington. In the current situation, it is on foreign VTS mercenaries, who are up to 40%, today American intelligence agencies are making their stakes.

Giraldi:
Maintaining a presence in Syria will allow the United States to be in any negotiations that will take place to end the civil war. 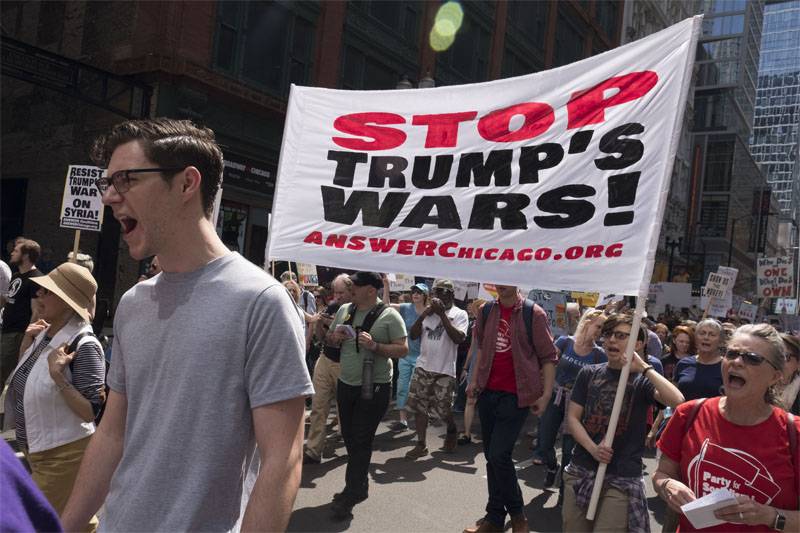 Ctrl Enter
Noticed oshЫbku Highlight text and press. Ctrl + Enter
We are
US expert community is trying to identify ways out of the Afghan impasse
Military Reviewin Yandex News
Military Reviewin Google News
8 comments
Information
Dear reader, to leave comments on the publication, you must to register.