In the coming years, possibly in 2020
- he said, answering the question of journalists 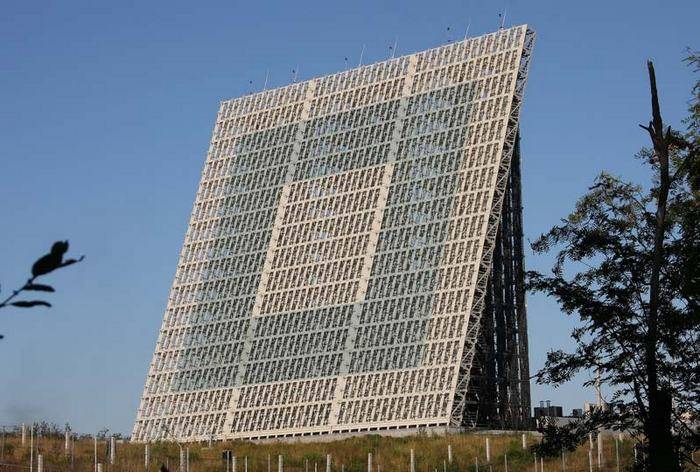 The missile attack warning system (EWS) solves the problem of obtaining and issuing data on missile launches and missile trajectories for warning about a missile attack on the points of state and military control. It also provides data on space objects to monitor space. The basis of ground-level radar radar systems is composed of a new generation of the Voronezh-type radar.

Ctrl Enter
Noticed oshЫbku Highlight text and press. Ctrl + Enter
We are
The advantages of the “Nebo-M” complexes in the anti-missile link of the Russian Aerospace Force of the Russian Federation: irreplaceable assistants of “Voronezh” and “Podletov”Construction of the Voronezh radar will be completed at the end of the decade
41 comment
Information
Dear reader, to leave comments on the publication, you must to register.