November 30 2017
22
The reconnaissance ship Ivan Hurs, being built at the Severnaya Verf shipyard, will be handed over to the Naval the fleet Russia in the first quarter of 2018, said Deputy Defense Minister Yuri Borisov when visiting the Severnaya Verf

As for the reconnaissance ship "Ivan Khurs", this year’s program, unfortunately, apparently cannot be completed.
We hope that at the beginning of December the ship will go to factory tests, and the final acceptance of the ship will be in the first quarter of next year.
- he said. 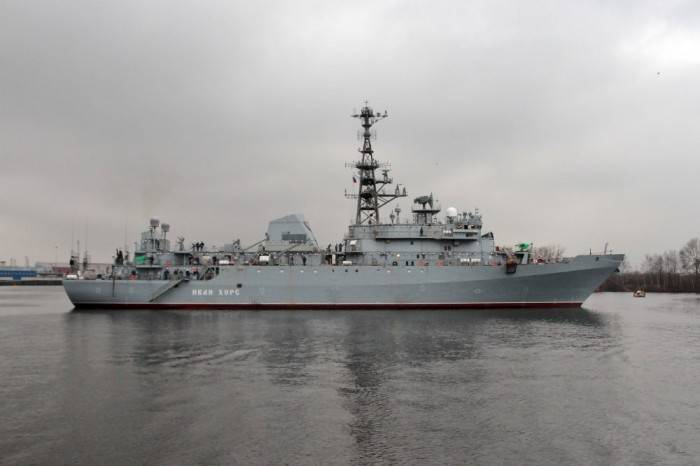 Earlier, the Defense Ministry reported plans to take "Ivan Khurs" into the Navy in November of this year.

The second ship of the 18280 project was laid in the fall of 2013. It was named in honor of Vice Admiral Ivan Khurs, who made an outstanding contribution to the creation and development of the permanent intelligence of the Navy. The solemn ceremony of launching the vessel took place on 16 this May.

18280 ships are designed to provide communications, fleet management, and radio intelligence. Their displacement is about four thousand tons, the speed reaches 20 knots, cruising range is 8 thousand miles, the crew of the vessel consists of 120 people. The lead ship of the project "Yuri Ivanov", pledged in 2004, was transferred to the Northern Fleet in 2015.

Ctrl Enter
Noticed oshЫbku Highlight text and press. Ctrl + Enter
We are
Severnaya Verf Shipyard will launch the third serial corvette of the 20380 Stable project in May
Military Reviewin Yandex News
Military Reviewin Google News
22 comments
Information
Dear reader, to leave comments on the publication, you must to register.