November 30 2017
3
A detachment of ships of the Pacific fleet completed an unofficial visit to Indonesia and left the port of Tanjung Priok in North Jakarta, reports RIA News. 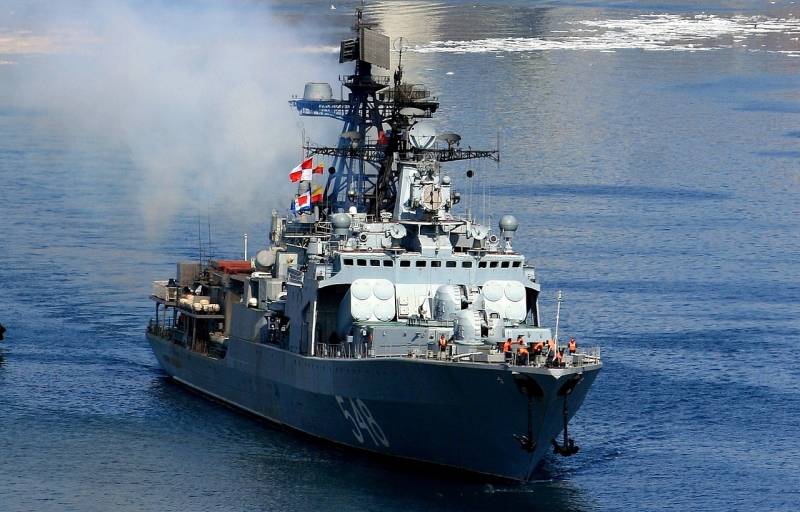 The detachment consists of the large anti-submarine ship Admiral Panteleyev and the sea tanker Boris Butoma.

After the Russian detachment left the main Jakarta naval base, the ships of the Pacific Fleet and the Indonesian Navy held a joint exercise aimed at improving interaction at sea, during which communications and joint maneuvering were worked out.
says the release of the Eastern Military District.

The press service recalled that "during the visit, the sailors of the Pacific Fleet held competitions in football, volleyball and rope pulling with the military of the Indonesian Navy."

"Admiral Panteleev" was open to the public, and everyone who wished could familiarize themselves with the life of Russian sailors. In turn, local authorities organized excursions around the Pacific for the Pacific.