By the end of the year, parts of the Russian Navy will be replenished with 8 modernized Ka-27

November 30 2017
7
The Commander-in-Chief of the Russian Navy Viktor Korolev announced that over the next month parts of the naval aviation replenished with several new units of military equipment, including the latest fighters. In particular, we are talking about deliveries to the troops of five new Su-30SM aircraft and eight modernized Ka-27 helicopters. 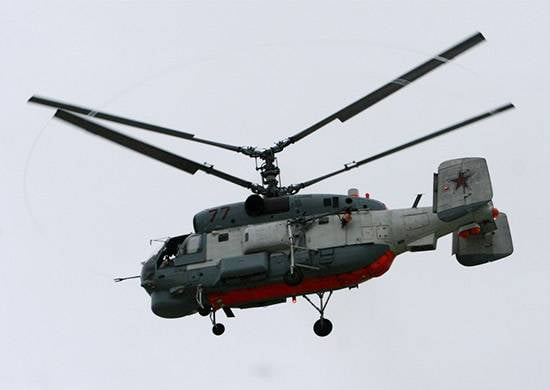 Viktor Korolev noted that also before the end of the year, the specialized enterprises will complete repairs with the planned modernization of 25 aircraft. What particular aircraft are we talking about, the commander-in-chief of the Russian Navy did not report.

According to Viktor Korolev, there is an active development of the coastal infrastructure of the Naval fleet RF.

Earlier it was noted that coastal infrastructure is actively developing in the Arctic direction. Today, this area is receiving increased attention not only from the point of view of military significance, but also from the point of view of economic development. In particular, we are talking about ensuring the security of passage of ships along the Northern Sea Route.