How Putin can save Britain from Brexit (The Guardian, UK) 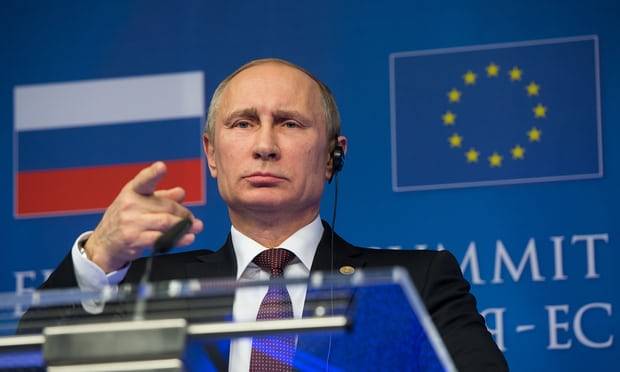 The Presidential Administration is the most powerful organization in the management system of Vladimir Putin: it supplies him with any intelligence, controls ministries and governors, and coordinates his “active measures” campaign in the West. In the spring of this year, I met in Moscow with a former employee of the presidential administration, and he noted that Putin had achieved notable success today, because everyone is confident of his success tomorrow. Brexit may be the perfect example.

This should not surprise anyone. To call Putin a talented geopolitical chess player began to all and sundry. But in recent years, Putin seems to have been isolated from the bad News and critical opinions, and as a result made serious mistakes. In particular, he and his friends have repeatedly proved themselves incapable of understanding the way of thinking of democratic societies and the stability that lies under external fragmentation.

If Putin at least once believed that his hackers, misinformation, secret political machinations and other tricks would allow him to shape the western political agenda, he should think about it again. Russian intervention was able to exacerbate the existing political and social tensions in the West.

But what is the use of it? The North Atlantic Alliance was distracted from problems in the East and increased defense spending. European leaders Emmanuel Macron and Angela Merkel argue that Moscow should beware. Investigations, rumors and court cases lower the rating of Donald Trump. Even with the Brexit referendum, which, of course, delighted the Kremlin, is not so simple.

With all this, it would be very funny and not bad if it were Putin who saved the UK from Brexit. Weak stream of facts and rumors about Brexit’s Russian support may turn into a stream. Some share of this support, of course, is doubtful. Too often, they began to talk about the alleged influence of the English-language news agency Sputnik and the RT channel, or even the campaign of trolls and disinformation. There is still no evidence that they forced people to change their opinion, and not just support existing doubts.

However, the likelihood is increasing that at the end of this year or at the beginning of the next we will see convincing evidence of Brexit’s financial support. Deputy Ben Bradshaw used his privileges in parliament to raise the question of how much money came from Arron Banks Britain's exit from the EU. A special commission this week launched an investigation into the fact that he or one of his companies had violated financing rules on the eve of the referendum. George Cottrell, former assistant to the former leader of the United Kingdom Independence Party, Nigel Farage, was arrested by the FBI for money laundering charges. We are awaiting the results of this investigation.

Meanwhile, according to American intelligence sources, with whom I discussed the activities of Moscow, there are other examples of when Russian “black money” came in support of Brexit. These episodes will most likely be revealed when several requests are made on the other side of the Atlantic. Of course, assessing the level of impact of these operations will require careful study and a scientific approach.

The society is wondering why Britain’s withdrawal from the EU is so slowly progressing, why a new political strategy has not yet been developed. The undeniable evidence of active, but covert intervention from Russia could call into question the results of the initial vote, given the small gap. Proponents of the exit risk to earn the image of Putin's unwitting accomplices.

This would allow the government to hold a second referendum, or even close this topic without a doubt.

Putin’s destructive passion for subversive activities seems to be a side effect of the KGB era, such nationalist malice because of the decline of the superpower and the absence of other, more cultural ways to promote the Russian point of view. Since Putin makes his spies, trolls, and diplomats embroil, distract, and destroy the West, no matter what the cost of the prospect, he risks turning his country into a rogue state.

Perhaps his “active measures” helped tip the balance in favor of Brexit. Most likely, they also swing these scales in the opposite direction.