November 30 2017
61
Various publications regularly try to study Russian weapons and draw certain conclusions about their prospects. Each article of this kind attracts the attention of readers, as well as reprinted by a number of other publications. In recent days, several Russian media have turned their attention to one of the articles of the English-language publication Strategic Culture Foundation. This material was devoted to Russian anti-ship missiles that are part of the range of weapons of the Tu-22М3 long-range bomber.


The attention of the Russian press was attracted by the article “Russia's New Weapons: Aircraft Carriers No Longer Rule the Seas” (“New weapon Russia: aircraft carriers no longer rule the seas ") for the authorship of Alex Gorki. It should be noted that the online publication Strategic Culture Foundation published this material even 2 July of this year. Nevertheless, despite the rather large “age”, the article is of some interest and, as its recent reprints have shown, remains relevant.

The article on Russian weapons, A. Gorka, began with a reminder of recent events overseas. June 1 The United States naval forces received the lead aircraft carrier of the new type USS Gerald R. Ford (CVN-78). In the foreseeable future, a ship worth 13 billion dollars will start a full service. It should have happened before the end of the summer. In the future, the US Navy will have to receive two more ships of the new project - John F. Kennedy and Enterprise. 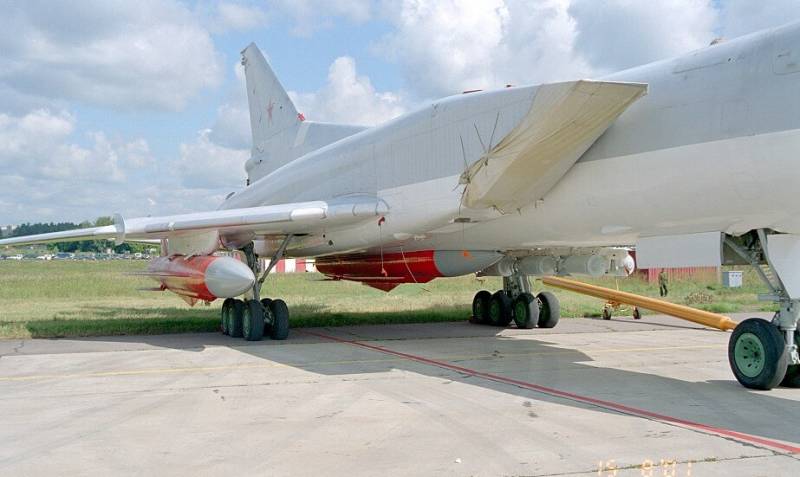 The new ship differs from previous American aircraft carriers in increased dimensions, including a larger flight deck. It will be able to carry more aircraft, increased fuel capacity and aviation means of destruction for them. In addition, an important innovation is the electromagnetic catapult for accelerating aircraft on takeoff. Following the expected commissioning, Gerald R. Ford will have to undergo a series of checks. A full-fledged combat unit fleet the aircraft carrier will be in 2020.

The author of the Strategic Culture Foundation points out that aircraft carriers will be able to carry 75-90 aircraft. Ships in normal operation will be able to provide 160 sorties a day for 30 days. If necessary, this parameter can be increased to 270 departures.

A. Gorka also reviewed the current British aircraft carrier construction program. The largest and most powerful ship of the Royal Navy of Great Britain - HMS Queen Elizabeth - has a length of 280 m and displacement 65 thousand tons. It was put to the test in the sea 26 of June of this year. Already in the 2017 year it was planned to complete the necessary checks, and in 2018 the ship should be part of the fleet. In the summer it was supposed to lay the second ship of the new project, named HMS Prince Of Wales. Its delivery is scheduled for 2020 year.

New ships with a large flight deck are intended primarily for carrying aircraft vertical or short takeoff. The Queen Elizabeth and Prince of Wales Air Force will have to consist of F-35B Lightning II fighter-bomber and Merlin helicopters. The former will take over the functions of fighting enemy aviation and delivering strikes. Helicopters will be used for early detection of targets and combat submarines. Carriers will also be able to transport marines to 250 and ensure their combat operations.

Also, the construction of a new aircraft carrier is planned by the French military. According to various estimates, work on assembling the structures of this ship will begin only in 2020.

Leading NATO countries continue to build large and heavy aircraft carriers, regarded as the primary means of demonstrating power. Such ships were the most important participants in all major military operations since the Second World War. Ships with flight decks provide dominance at sea, allow you to project power and literally intimidate third countries. A. Gorka asks an important question: can large aircraft carriers be the means that will force Russia to "kneel down"? And then he gives the answer: no, they cannot. At least not today.

The reason for this answer is simple - the X-22 anti-ship missile, created at Raduga GosMKB. A. Ya. Bereznyak. The carrier of this weapon is a long-range Tu-22М3 bomber. The X-22 missile is capable of flying at a distance of up to 600 km (on the order of 320 nautical miles) and carries a combat unit with a mass of 1 t (2200 pounds). In theory, such a missile, having a high range and powerful warhead, is capable of seriously damaging any aircraft carrier with one blow. According to the author, the X-22 rocket with a powerful warhead can make a hole with a diameter of 5 m and a depth of 12 m in any ship.

An improved version of the product X-22 received the designation X-32. The updated project provides for the use of 1000-kg conventional warhead or nuclear warhead capacity 1000 CT. According to known data, at the time of writing this article, Russia was completing tests of a promising rocket. Like the basic X-22, the improved X-32 should be used by Tu-22М3 aircraft.

It is argued that a new type of missile will be almost invulnerable to the means of air defense and missile defense of a potential enemy. Immediately after launch, the rocket should rise to an altitude of about 40 km, into the stratosphere. On the final part of the trajectory, it will fall on the target with a large dive angle. It is expected that the firing range of the new missile will reach 1000 km against 600 km in the serial X-22. Flight speed, according to various estimates, will reach 5000 km / h. A special combination of speed and altitude profile of the flight will reduce the likelihood of successful interception of the rocket.

Long-range bombers Tu-22М3 will carry advanced weapons. A. Gorka reminds that these airplanes are intended for use in long-range and naval aviation. The machine with variable sweep of the wing is able to rise to an altitude of 14 km with a climb of 15 m / s. Cruise speed of the aircraft is 900 km / h, maximum - 2300 km / h. Flight range - 7 thousand. Km. Bombers can be equipped with in-flight refueling facilities, which greatly increases the combat radius.

According to the author of the Strategic Culture Foundation, there are currently more than 60 long-range Tu-22М3 bombers in the Russian aerospace forces. The program of modernization of this technology is being implemented. Until the end of next year, all existing machines of this type will be repaired and updated.

In the early summer of this year, American director Oliver Stone presented the four-part documentary film The Putin Interviews. In this film, the Russian president mentioned a promising rocket with uniquely high performance. As stated, a new weapon is capable of much. Among other things, the rocket will be able to overcome any existing and future defense systems. A. Gorka reminds that it was about the 3М22 Zircon, a new Russian hypersonic anti-ship missile.

According to a foreign author, the 3М22 rocket can reach speeds at the level of 4600 miles per hour (7400 km / h) - five times faster than the speed of sound. Flight range will reach 260 miles (400 km). Thus, from the launch of the rocket to its hitting the target at the maximum possible distance, the entire 3 minute 15 seconds will pass.

State tests of the Zircon rocket were planned to be completed before the end of the current 2017 year. Serial production of such weapons should begin in the 2018 year. Thanks to this, Russia will become the first country in the world to master the serial production of hypersonic weapons. Russia will leave behind other countries, including the United States.

According to known data, the first 3М22 “Zircon” missiles will be deployed on naval platforms operated by the military fleet. The result of the deployment of such weapons was described in colors by the executive editor of The National Interest, Harry J. Kazianis. He believes that new Russian missiles can turn supercarriers into multi-billion dollar cemeteries for thousands of sailors. Even a small ship armed with Zircon-type missiles becomes a serious threat. Ways to protect against such weapons are not yet available.

A. Gorka recalls that modern aircraft carriers are powerful ships with the most ample opportunities. However, they can not be considered light targets for anti-ship systems of a potential enemy. The carrier strike group is quite difficult to find on the high seas; no less difficult is the guidance of missiles for such purposes. However, the days when aircraft carriers guaranteed superiority on the seas are likely to end. If current projects succeed, the Russian armed forces will receive advanced weapons with the highest characteristics. They will adopt new tools to successfully attack and sink aircraft carriers.

The publication of the Strategic Culture Foundation published its article “Russia's New Life Russia's Weapons: Carriers No Longer Rule the Seas” in the middle of summer, but since that time this material has not had time to lose its relevance. Moreover, over time, the threats described by Alex Gorka become more and more real. For example, over the past few months, Russian specialists have been able to perform certain work, bringing the Xirum 3 Zircon rocket closer to adoption and launching mass production.

As the author recalls, as early as next year, a hypersonic Zircon rocket will enter service. This weapon, first of all, will be installed on warships of various classes and types. Subsequently, the creation of an air-based modification is not excluded. Anyway, in the very near future, the Russian Navy will receive a unique weapon from which it is currently impossible to defend.

In the meantime, a cruise missile has already been adopted, significantly increasing the potential of combat aircraft. The order for adopting the X-32 missile appeared at the end of last year. There is information about the order for the mass production of such products. In addition, in order to fully exploit new weapons, part of the existing Tu-22М3 bomber will have to be upgraded according to the T-22М3М project.

According to reports, the X-32 rocket is a deeply upgraded version of the older X-22 system. Rocket X-22 was adopted for use in the early seventies, and long ago was outdated. The effective use of such weapons was hampered by the characteristics of the guidance systems and the power plant. The radar homing head operated only at fixed frequencies, which simplified its electronic suppression. The components of the liquid fuel used by the rocket were highly toxic. Because of this, in combat units they preferred to reduce the number of gas stations and filled up fuel only before real launches.

The new project X-32 provides for the preservation of the airframe and some common systems while simultaneously replacing the means of guidance and the power plant. The new active radar seeker is protected from interference. Flight and operational characteristics increase due to a new engine with different parameters and greater safety. To fully realize the potential, the X-32 rocket requires a modernized carrier aircraft. Work on upgrading equipment has already begun and should be completed in the foreseeable future.

The development of Russian strike missile weapons continues and leads to the emergence of new complexes. By presenting a certain threat to the projection of the power of a potential adversary, such weapons contribute to the security of the country.