The newest tanker Il-78M-90A rolled out for flight tests

November 29 2017
55
November, the Aviastar-SP plant, 29, rolled out a new Russian tanker aircraft IL-78М-90А. The air tanker is a modification of the IL-76MD-90А transport aircraft and must eventually replace the IL-78. The newest Russian tanker was rolled out to the flight test station. This was reported on Wednesday on the official page of the United Aircraft Building Corporation on Facebook. 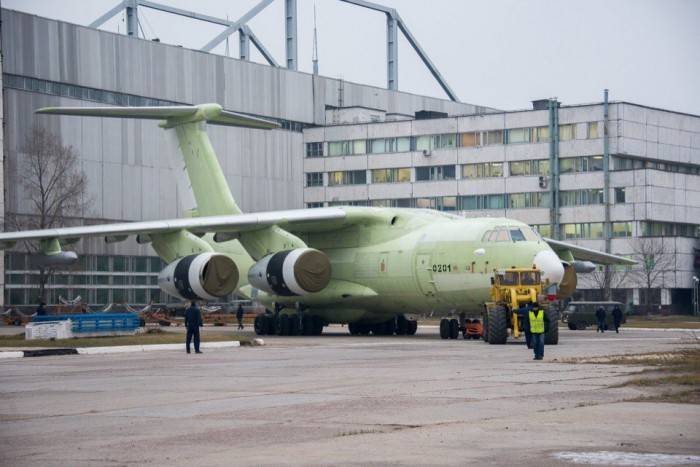 In Aviastar-SP, the first Russian tanker Il-78М-90А was rolled out to the flight test station
- said the company.

The aircraft was created on the basis of the IL-76 MD-90А transport aircraft, the production of which was transferred from Tashkent to Ulyanovsk. The machine has improved flight characteristics, including in terms of payload and flight range.

Earlier, the press service of Aviastar-SP reported that the first new Il-78М-90А tanker was planned to be sent for testing back in the 2016 year.

Ctrl Enter
Noticed oshЫbku Highlight text and press. Ctrl + Enter
We are
The success of the project IL-76MD-90А against the background of production difficultiesIL-76MD made the first long flight in the framework of factory tests
Military Reviewin Yandex News
Military Reviewin Google News
55 comments
Information
Dear reader, to leave comments on the publication, you must to register.