Features of the national civil war

November 30 2017
16
The civil war in Ukraine makes a new turn: the people's deputy and ex-combatant Semyon Semenchenko-Grishin accused the police of stealing two well-known members of the Nazi-Batt Donbass and ATO heroes from Mihomaydan, the police officers, in turn, declare that the “heroes” were detained on suspicion of a regular criminal case. Earlier, the broad Bandera masses shook up the assassination of the people's deputy Mosiychuk, the criminal nickname "Mosya", and the "heroes" Osmayev and Okuev-Nikiforov. What unites these incidents? 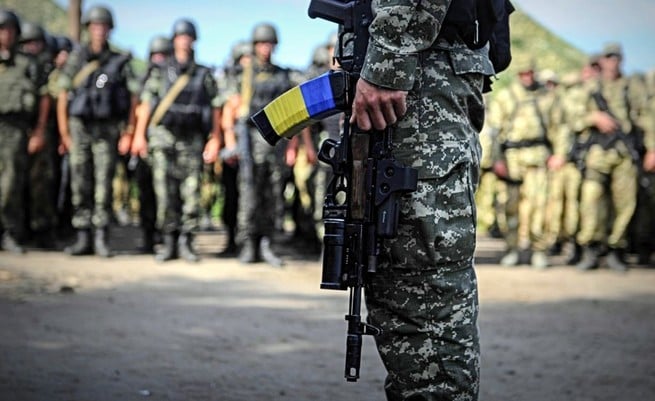 In general, the Ukrainian media has long been coming out with headlines about “The Hunt for Heroes of the ATO,” but now they are attempting to attack the iconic figures of the Bandera Panopticon. These are all known scumbags who have distinguished themselves by special cynicism: they broadly broadcast their exploits in the “ATO” over the “separatists”, that is, they suffer an irresistible burden of bragging with their crimes.

They say that we see civil strife between the special services, battalions, oligarchs - it can be, but there can be more. Perhaps this is the price paid for the atrocities of the “heroes of the ATO”: they die at the hands of relatives and friends of the dead “separatists”, also without trial or investigation.

Bandera nationalists were able to intimidate in 2014 unarmed and disoriented Russians in the South-East: unarmed are easy to intimidate. But today, 2017 is already - many have gone through the ATO and have understood who their enemy is. Propaganda after the "ATO" no longer takes, and the main targets are "heroes of the ATO" like Mosiychukov and Okuyev: they are better visible, easier to find.

The fact is that civil war is special, in this war the dead can avenge their killers through their relatives, acquaintances and childhood friends who served in the Armed Forces of Ukraine, or in the same “battalions”. They know what “exploits in ATO” are, and what their “heroes” really deserve, and they know how to handle weapons and IEDs.

When Bandera "cleaned up" sympathizers "separatists" on random suspicion, or for the sake of looting, no one really knew who their relatives, acquaintances were. And they could serve in the neighboring battalion, and once they returned home, they learned scary details. Some of them can take revenge at their own peril and risk, relying on random information about the killers of their loved ones, or their accomplices.

All attacks that have become well-known make a double impression: the weapon is used professionally: machine guns shoot, bombs explode, but the attackers do not check the results of their work, but leave immediately. They are all made as if at random: hit - and immediately left. Why?

The Avengers can not control the situation as a whole, no one insures them, which is not typical for the special services and organized criminal groups. So it can act, rather, the ordinary soldiers of the Ukrainian Armed Forces or the National Guard under. If you calculate the actions of organized crime groups, special services and oligarchic orders, you can always, in principle, because they are always motivated, then it is impossible to calculate the lone avengers acting at your own peril and risk. Because it is ordinary revenge. The only way: grab in hot pursuit, but they understand it and quickly leave.

Received information - immediately hit and left. Because another case may not present itself. These are not special services that can wait to act for sure: they have no operational information at hand. These avengers are more likely to act as heroes of the legends about the “White Arrow” from the 90s, when the cops allegedly assumed the function of the justice authorities in their own mind.

Another option: the “heroes of the ATO” are removed by their own owners as undesirable witnesses who may one day speak, as Georgian snipers who were involved in the shooting of Maidan in 2014 a year ago spoke to the camera of an Italian journalist.

Traitors always serve their master twice: first with their lives, and then with their death, from which the owner can also take advantage of propaganda. Then with the nationalists in Ukraine, the second part of this stories traitor: they become undesirable witnesses for their American masters, compromising their humanism.

After all, American analysts are well aware of the ideology of their Ukrainian puppets, for example, according to the writings of the OUN publicist Y.Orshan: “Ukrainian nationalism operates in relation to itself with the term“ national socialism ”or“ fascism ”. Or brochures of Ukrainian nationalists 1929 of the year: “Blood is required? - Let's give a lot of blood! Terror required? - Let's make it hellish! .. Do not be ashamed to kill, rob and set fire. There is no ethics in the fight! ”The OUN newspaper“ Our Cry ”in 1938 gives the OUN the following definition:“ This is a social and political movement that exists today in the whole world. In one country, it manifests itself as fascism, in the other - as Hitlerism, in our country - simply as nationalism. ”

Therefore, Bandera nationalists feel that "they will all be killed." Who is disposed of in hopeless attacks in the Donbass, and the smartest will get in Kiev. Nationalist spokesman Artyom Skoropadsky, who is not Skoropadsky at all, but a former Muscovite, that is, ideological, responded to his article “ATO Volunteer” in his Facebook: “Maria Berlinskaya wrote a text that they would kill us all. And it is true".

This Maria wrote the following: “About a month ago, in the center of Kiev, several separatists recognized me. "When Putin comes here, we, like you, will hang in a row on Khreshchatyk." A fight ensued. As a result, my shoulder was operated on, a metal plate was placed. Easy to get off.

This is the price paid for the national peculiarities of this war - for Bandera nationalism, looting, and other "feats of the heroes of the ATO." And Mosya, and Amina, and this Mary and Artem are not at all sorry, and we do not know their enemies. During these attempts, random people also die, but there are occasional casualties in the “ATO zone”, and much more. In war, as in war, just war from Donbass came to Kiev.

Ctrl Enter
Noticed a mistake Highlight text and press. Ctrl + Enter
We are
Reports from the militia of New Russia for 27-28 September 2014 of the yearResults of the week. "Either true or all is well"
16 comments
Information
Dear reader, to leave comments on the publication, you must to register.