Two percent of GDP for defense is not enough (The Times, UK) 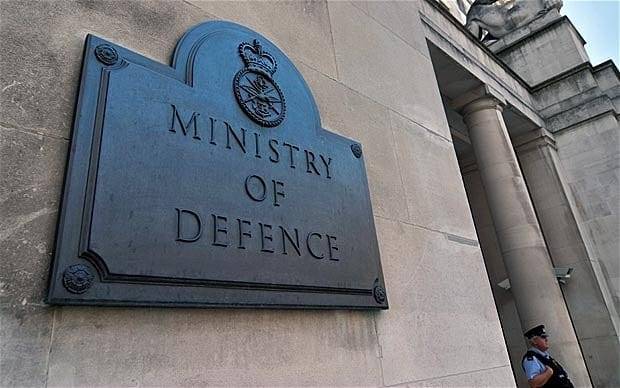 As the UK Government is reviewing the National Defense and Security Review for 2015 a year, the Department of Defense is facing another budget crisis. Since a further reduction in the functional of the department is unlikely, there are two options: to reduce the military-industrial complex and, thereby, increase the risks to the security of the UK and its international position, or spend more money on their preservation.

The question arises: is Britain spending too little on defense? The powers that be seem to think that they are spending more than enough.

As the British Prime Minister recently told the new British garrison in Estonia, "we intend to raise defense costs to 2% of our GDP for defense, and this means that we are at the forefront of NATO alliance."

To some extent he is right: Britain is one of the largest participants in NATO. In absolute terms, it is the alliance’s second largest donor after the United States; in relative terms, it ranks third after America and Greece.

In the 2017 year, according to NATO, the UK will spend 59,22 billion dollars, which is about 90 percent less than in the US, but 15 percent more than in France.

This represents 2,14% of GDP, which is more than most other members. For comparison: France allocates 1,79% for defense, and Germany allocates 1,22%.

However, are these two percent really enough? The latest report of the Global Britain program of the The Henry Jackson Society's research center called Global Britain and the Future of the British Armed Forces states that Britain’s defense spending is insufficient and that the government should stop trying to convince everyone of the opposite.

The demand for 2% of GDP appeared on the eve of the NATO Riga Summit in 2006, when there were no geopolitical threats to European security.

Since then, something has changed. China and Russia again became not just significant military powers, but also began to influence the distribution of forces in the South China Sea, in Ukraine and in Eastern Europe.
In addition, it has never been said that the two percent indication will apply to key members of NATO - the United Kingdom and the United States.

In the 2000 of the UK, defense spending in the UK averaged 2,5 percent of GDP, which is significantly more than what is required of other countries.

NATO’s demand arose, first and foremost, to prevent the reduction of armed forces in small countries so that they could no longer interact with British and American troops during hostilities.

Finally, the UK decision to leave the EU makes the established defense spending even more dubious. As London enters a new era, it needs to overestimate the share of national income that it invests in its military power.

This is due to the fact that the UK is likely to establish new commercial relations in the economically growing Indo-Pacific region, if it can convince its partners - from the Gulf states to Australia, Singapore, Japan and South Korea - that it can financially help them develop their defense capabilities.

Given President Trump’s conviction that the allies of his country in the alliance have become “parasites,” he almost certainly expects London to increase its contribution to maintaining European security in exchange for a new US trade agreement.

It is therefore necessary to re-emphasize the role of the British armed forces.

Under the new conditions, Britain should make defense expenditures in 3% of GDP a national priority, which would be roughly comparable to the country's average defense spending over the past four decades. This will not only stop talking about the decline of Britain, but also strengthen its influence in the world.

Ctrl Enter
Noticed oshЫbku Highlight text and press. Ctrl + Enter
We are
What you didn't want to know about EnglandInterview by President Bashar Al-Assad to the Sunday Times
Military Reviewin Yandex News
Military Reviewin Google News
1 comment
Information
Dear reader, to leave comments on the publication, you must to register.