The Germans came up with a heated rifle butt

November 29 2017
45
The German company Sauer presented the world's first rifle butt with heating function. According to thefirearmblog.com portal, the oldest manufacturer weapons in Germany, he began to equip his rifles with "smart" butts.


The accessory is called ERGO HEAT and is a replaceable stock for rifles of the Sauer S 303 and S 404 series. A non-removable battery is built into the butt, and a heating element is inserted into the pistol grip. 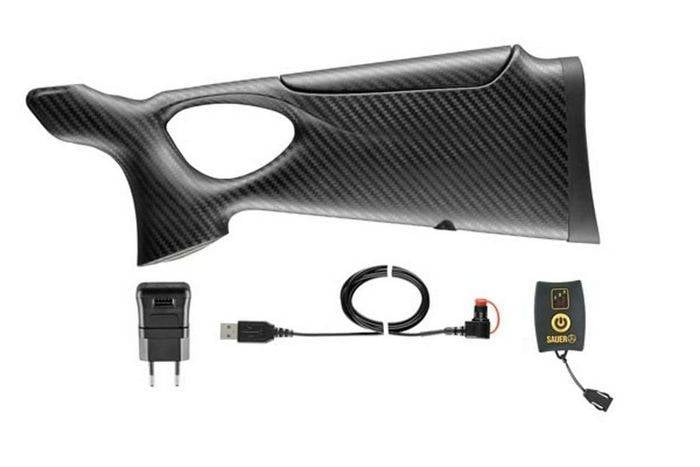 The heating function is activated using the remote control or through a special mobile application. Heating can be carried out in three power modes and, according to the developers of the "smart" butt, suitable for any climatic conditions. In the mode of maximum heating, the capacity of the built-in battery will be enough for an 2 hour, with a minimum mode - for an 7 hour.

The company is currently installing ERGO HEAT on various models of hunting rifles - in particular, on the Classic XT, Synchro XT and Synchro XTC versions of the Sauer S 303 and S 404 series. Later, the new butt will be available in a set with other rifles manufactured by Sauer, as well as a separate accessory, reports "Warspot"