Next year, BBO forces will take part in 6 international exercises

November 29 2017
1
In 2018, the work on strengthening international military cooperation will be continued, the participation of military personnel of the Eastern District in six major international exercises is lined up, reports press office TSB with reference to the commander of the district Alexander Zhuravlev. 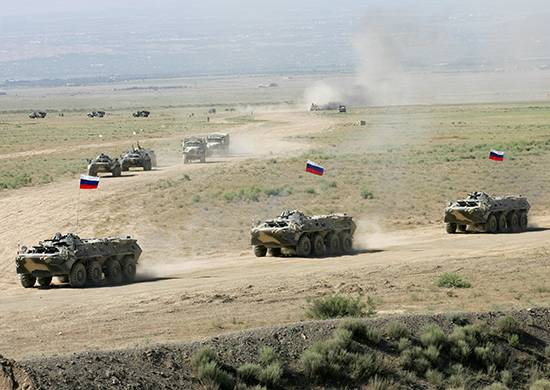 A joint Russian-Mongolian military exercise, Selenga-2018, is scheduled for the test site in Buryatia.

The participation of the Pacific Fleet ships in the Russian-Chinese naval exercise "Sea Interaction-2018", which will be held in the PRC, has also been planned.

“In the framework of the joint Russian-Japanese naval exercise Sarex, which will be held in the territorial waters of Japan, Pacific sailors fleet work out the tasks of saving the ship in distress, ”they said in the district.

In 2017, units and military units of the BBO took part in four international military exercises.

Ctrl Enter
Noticed oshЫbku Highlight text and press. Ctrl + Enter
We are
The active phase of the Selenga-2017 exercise began in the Gobi Desert in MongoliaThe Ministry of Defense of the Russian Federation and Mongolia are planning to hold a joint exercise "Selenga"
Military Reviewin Yandex News
Military Reviewin Google News
1 comment
Information
Dear reader, to leave comments on the publication, you must to register.