November 29 2017
98
By decree of the President of the Russian Federation from 22 in November 2017, Colonel-General Sergei Surovikin, who previously commanded the VVO troops and headed the Russian grouping of troops in Syria until now, was appointed commander-in-chief of the aerospace forces of Russia, the newspaper reports Make a star. 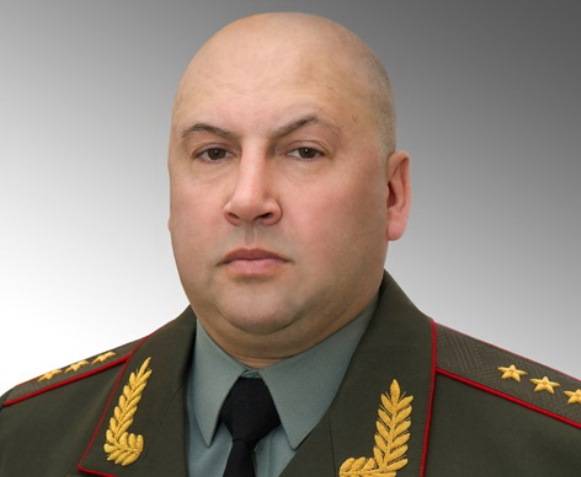 Since April, 2012 has served in the central office of the Russian Ministry of Defense. In October, 2012 was appointed Chief of Staff - First Deputy Commander of the Eastern Military District. From October 2013 of the year - Commander of the Military High Command.

The publication notes that "it was under the command of Colonel-General Sergei Surovikin that the Russian grouping of troops in Syria, in cooperation with the Syrian armed forces, achieved maximum success in the fight against international terrorism, almost destroying its stronghold in this Arab republic."