Yuri Krupnov: The extra population is in Moscow, in the villages - its critical shortage

December 3 2017
109
The level of labor productivity in Moscow exceeds the national average 2,5 times, and compared to rural settlements in Russia - 5-7 times. This was announced by the Mayor of the capital, Sergei Sobyanin, during a discussion with the head of the council of the Center for Strategic Research, Chairman of the Committee for Civil Initiatives Alexei Kudrin at the All-Russian Civil Forum. 15 million people living in rural areas, according to Sobyanin, "superfluous", "not necessary for the production of agricultural products, taking into account new technologies." The mayor of Moscow blamed the reason for the lack of quality workplaces in villages and small towns for the authorities to “natural trends,” mainly urbanization. “Without concentration in large metropolitan areas, we cannot raise labor productivity, high technologies, science, education, health care, or human capital,” the mayor of Moscow, a city, is believed unfairly considered to be a “parasite.” The postulates voiced by Sergey Sobyanin were refuted by the Chairman of the Supervisory Board of the Institute for Demography, Migration and Regional Development Yuri Krupnov. 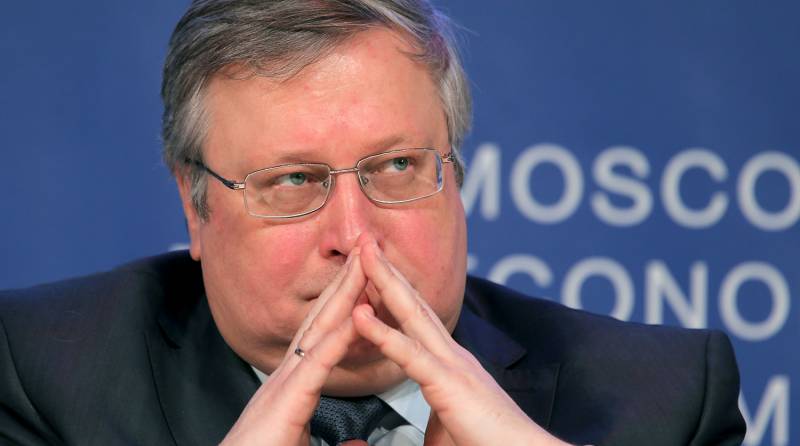 He shared his expert opinion with Nakanune.RU:

- First, about labor productivity. When in August I discussed the doctrine of “raskosvichivaniya”, I made several calculations about the attitude of the hypermegalopolis of Moscow and such a million-plus city like Omsk. The budget security of Omsk per inhabitant is 13 times less than in Moscow. This means that, even if we imagine that in Moscow at 2,5, labor productivity is higher than the national average, then it turns out that Moscow is living beyond its means seven times. And if we compare the budgetary security of poor villages to one resident, then even if there is less labor productivity in the village in 10, then in Moscow this ratio is not 1 to 13, as in Omsk, and 1 to 100. Therefore, all these calculations about labor productivity do not reflect any reality. This is a fiction, a fairy tale or, as Sergei Semenovich likes to speak recently, “fake”. These are fake figures about labor productivity, which reflect nothing, except for the desire to completely disproportionate the distribution of funds in favor of Moscow to pass off as a development driver. In reality, Moscow is in its purest form a parasite on the body of both villages and small towns, and the rest of the megacities of Russia. In this sense, all the fantasies of a successful mayor in one minute can end if we move the capital from Moscow, remove the large corporations from there, and build industry in Moscow’s neighboring areas, and tomorrow it will suddenly turn out that Moscow is a big depressed city. This is absolutely artificial prosperity, moreover, parasitic. It deserts and depletes the country.

Secondly, about "15 millions of extra people." This figure is also taken from the ceiling, because even if we take the share of the rural population to the urban, and it is about a quarter (75% is urban, 25% is rural), then Sobyanin confuses people engaged in agricultural work and rural people. Even if we take the tale that in the US 3% of people provide the country with food, they are about people engaged in agricultural work. And in the village live people engaged in various kinds of work! In the developed world, the share of the rural population is approximately from 18 to 27%, we have 25%. In this sense, the Russian Federation looks normal. But given the fact that our population density is four times less than in the US, and compared to the UK or Germany - 100 times, then our population in the countryside is absolutely not enough. Not that we have it too much, we have a critical shortage of this population! Another thing is that the extra population is in Moscow. If artificial conditions of prosperity are removed in Moscow in the form of corporate accounts, budget allocations, near-budget "little firms", then 15 million in this Moscow region, which covers Moscow and neighboring regions where 35 million people live, will be "redundant". Sergey Semenovich confused. Not looking under the lantern. 15 million people are superfluous, not in rural areas, there is just a deficit, and the extra ones are in Moscow. If we deal with these "extra people", then with Sergei Semenovich and we must begin!

Finally, the third point. All these discussions are shocking to all but the rare strange adherents of the doctrine of further "osmosvivchivaniya." People say that if we don’t continue investing in small towns and villages, then, of course, it will be even worse there, and the entire population will be “odd” in 10 years. It is necessary to develop industry, infrastructure, invest in small cities, and not to discuss that everyone either moved to Moscow or died from boredom in the villages. It is necessary to develop the country. But for some reason, this simple for the state man thought that it is necessary to develop the country, and not fantasize on the topic of "extra 15 millions", the highest official of the subject of the federation Sergey Semenovich and his advisers does not occur.

Also taken aback is from the words about "natural trends". Imagine that a person comes to a doctor and says: “I have a hernia in the body, it naturally grew and grows further,” and the doctor instead of taking a knife and operating it, says: “You know, you have such a natural hernia in your natural body, so it should continue to grow, let it grow further. Why do you want me to cut it out? " The task of the state manager is not to be led by natural tendencies. We have a natural extinction in the country, we have a demographic collapse. Let's then go to the graveyard for natural trends! The task of the state manager is to build counter-trends through the design of completely different forms and ways of life. When a person speaks about natural tendencies, being a public servant, it is strange. Natural trends are an inappropriate subject matter of management, at a minimum.

We need to create jobs. The creation of 2020 million jobs at the highest level by 25 was announced. Where are they? We need an infrastructure, industrial breakthrough through the creation of millions of jobs in the regions, small towns and villages. Putin requires this, and officials say to him: "Yes, this is a natural tendency, let the village die, and we will write dissertations on these natural tendencies!"

Ctrl Enter
Noticed oshЫbku Highlight text and press. Ctrl + Enter
We are
2.0 industrializationAbout Stalin and Khrushchev
109 comments
Information
Dear reader, to leave comments on the publication, you must to register.