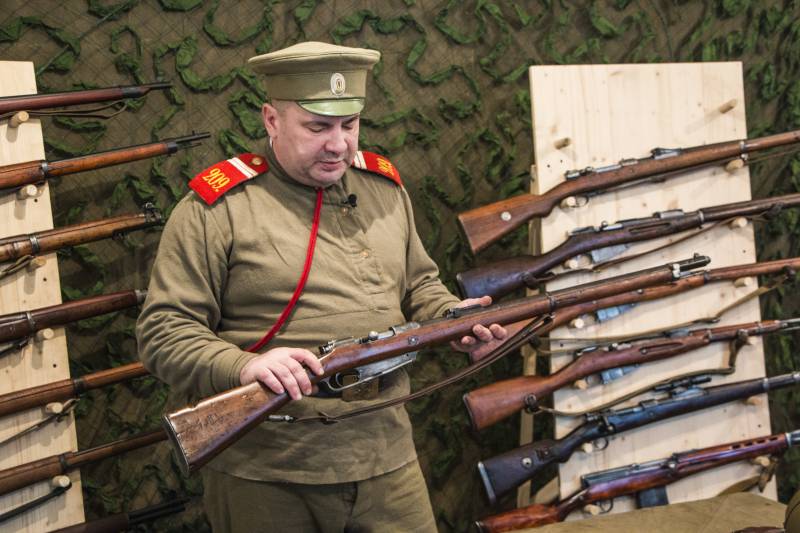 History The creation of this rifle began in 1886, when the Lebel M1886 rifle was adopted by the French army. It was the first smokeless powder rifle, reduced to 8-mm caliber. Old French black powder rifles had a caliber 11 mm.

The 8-mm caliber bullets on smokeless powder had a higher speed and a more flat trajectory of flight, which increased the accuracy of the shot.

With the adoption of the French rifle, the German rifle Mauser 1871 immediately played into the category of obsolete. Therefore, the Commission is an experimental weapons infantry began work on a new rifle, the successor to the Mauser M1871 / 84.

It was originally planned to upgrade this weapon and its ammunition by changing the caliber from 11 to 7,9 mm and replacing black powder with smokeless.

But the Commission went further, deciding to create a new weapon and a cartridge for it using the latest solutions from European countries.

The new 7,9 mm cartridge was one of the first rifle cartridges without a bead. 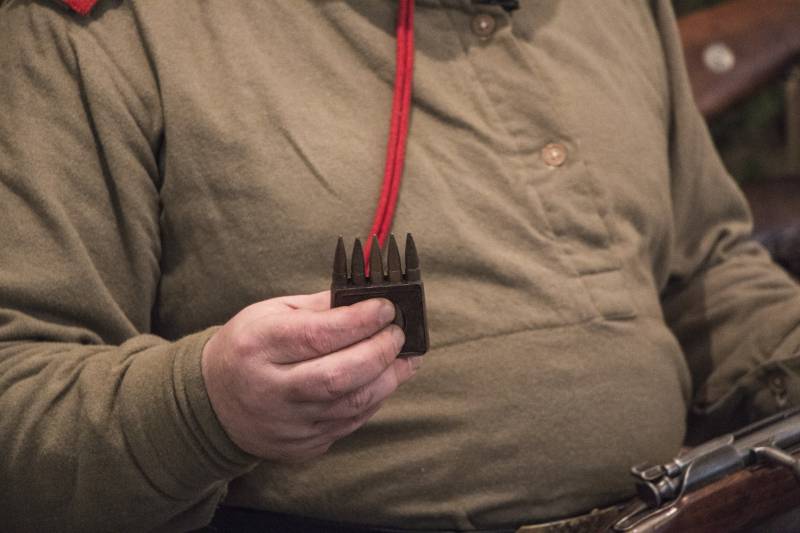 This greatly simplified the design of the store. Overall, the store was copied from an Austrian Mannicher 1886 model of the year. The difference was in the window for the release of the cage at the bottom of the store. 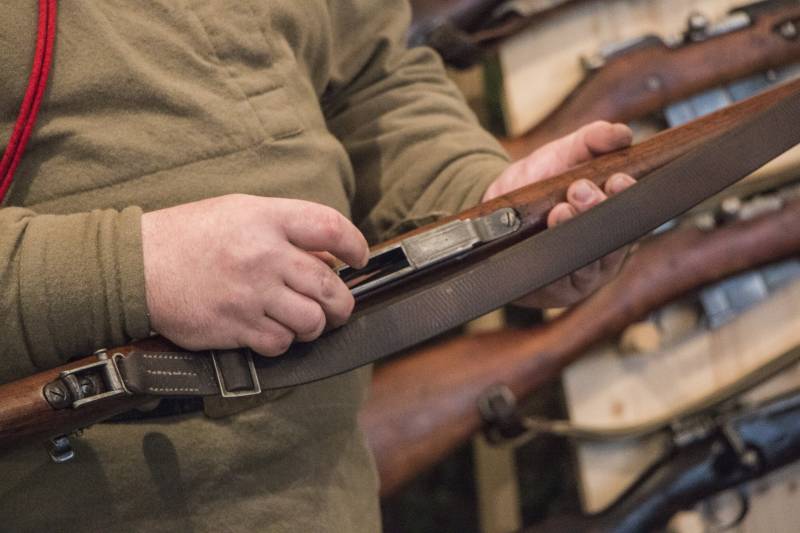 Due to the successful outer form, the cartridges fit well in the holder, take up little space in the rifle magazine, are fed and delivered by the bolt without delay, and allow you to make a bolt of small diameter, which facilitates the entire bolt and receiver. 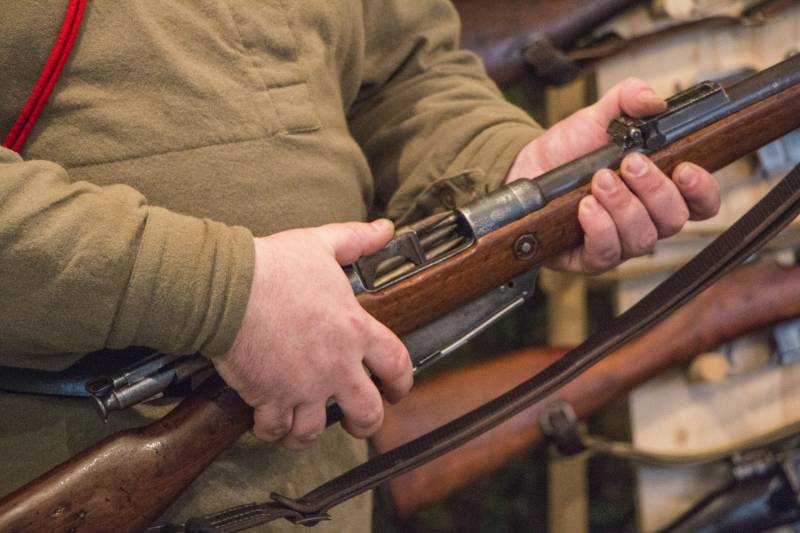 The shutter of the new rifle was developed in Spandau by Louis Schlegelmilch, a specialist in the state arsenal.

The shape and thread pitch of the barrel is copied from a Lebel rifle.

Somewhat strange was the fact that the leading rifle manufacturer in Germany, Mauser, had no relation to the development of the rifle. But Mauser worked on his new rifle, which replaced the rifle of the 1888 sample a year later. 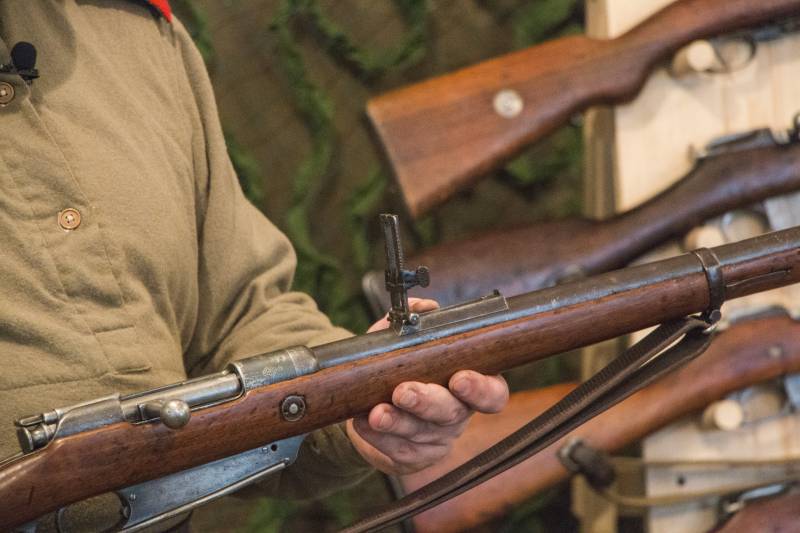 The first series of rifles of the 1888 model of the year was released in the spring of the 1889 of the year. A total of about 1,7 million units were produced.

The rifle was completed with a bayonet, which in essence was a modification of the sappers sword. Very impressive melee weapon. 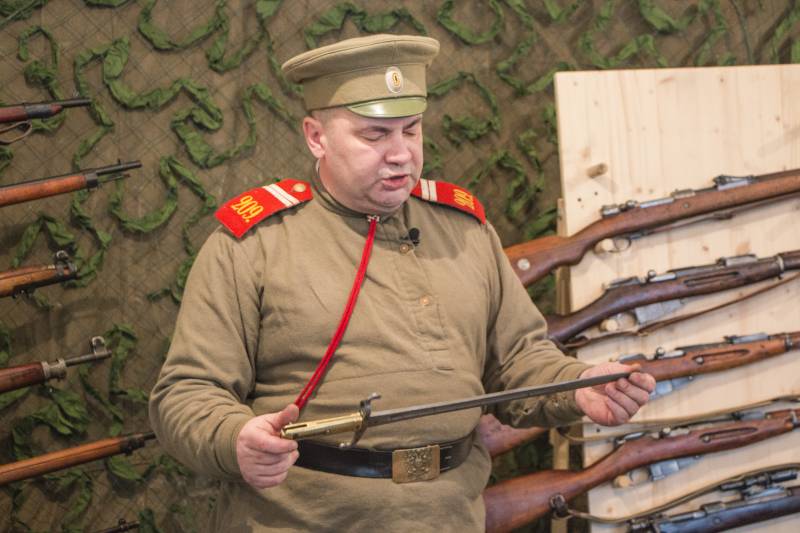 In 1898, the replacement began with a Mauser 98 rifle. During World War I, the Gewehr 88 was in service with only the rear units of the German army.

But the career of the commission rifle did not end there. During World War II, she too had to take part as a regular weapon of the Volkssturm.

The rifle received a lot of criticism, both for the haste of the creators and for the presence of flaws. The opinion is often expressed that the Commission could wait with the release of its rifle, because the main rifle rifle in Germany, Mauser was already finalizing his famous G98.

But it is necessary to recognize that the commission was right in an effort to quickly take the weapon into service. Mauser managed with his G1898 by the beginning of the First World War, but if something suddenly went wrong or had happened any other conflict with the same France, Germany would have remained with the ancient Mauser 1871 rifle of the year against the modern Lebel rifle among the French and God forbid, the Mosin rifle of the Russian army, which surpassed not only the Lebel rifle, but also the G1888, being the best rifle of that time.

Andrei Bondar, the reconstructor of the Infanteria club located near Moscow, will tell about what the rifle consists of, how it is sorted out.