November 28 2017
16
The coalition led by Saudi Arabia eased the blockade of Yemen, allowing the delivery of humanitarian aid to Sana'a, as well as the main ports of Al-Salif and Hodeidu, reports TASS. 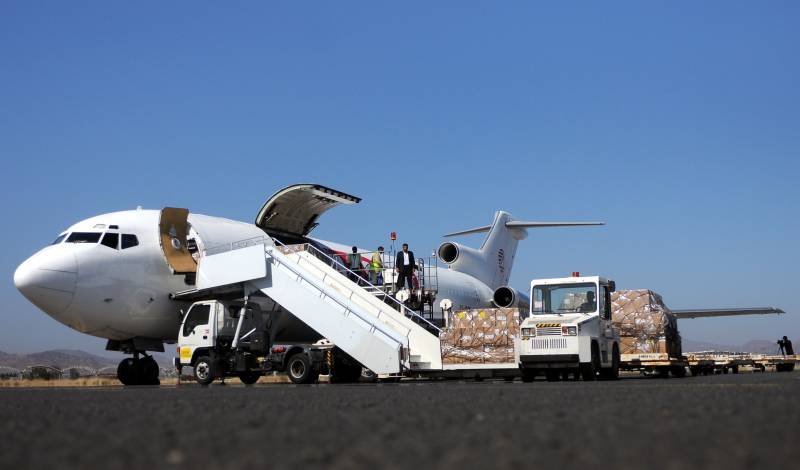 The Office for the Coordination of Humanitarian Affairs reports that after the introduction of the 6 November blockade of Yemen, the Saudi-led coalition eased restrictions on humanitarian supplies to Sana'a airport, as well as to the ports of Hodeida and Al-Salif,
A spokesman for the UN Secretary-General, Stefan Dusarrik, told reporters.

According to him, "on Saturday, three UN aircraft arrived in Sana'a, one of which delivered 1,9 million doses of diphtheria vaccines for children."

As previously reported by the UN, since August only in the province of Ibb, 14 children have died of an infectious disease.

On Sunday, a commercial vessel was admitted to Hodeidah for the first time in three weeks, delivering thousands of tons of flour to 5,5. And on Monday, the vessel chartered by the world organization delivered 25 thousand tons of wheat to the port of Al-Salif.

A week ago, Saudi Arabia notified the UN of its intention to ease the blockade of Yemen, introduced in early November in response to the missile attack on Riyadh. Representatives of the coalition explained that all air and sea ports, as well as land border crossing points were closed in order to prevent deliveries weapons the insurgents from Iran.

On Monday, Stefan Dujarric also warned that there was an acute shortage of fuel in Yemen, which is necessary for the operation of hospitals and water supply systems.

Ctrl Enter
Noticed oshЫbku Highlight text and press. Ctrl + Enter
We are
Reports from the militia of New Russia for 1 September 2014 of the year
Military Reviewin Yandex News
Military Reviewin Google News
16 comments
Information
Dear reader, to leave comments on the publication, you must to register.