The first echelons with the complex "BUK-М2" 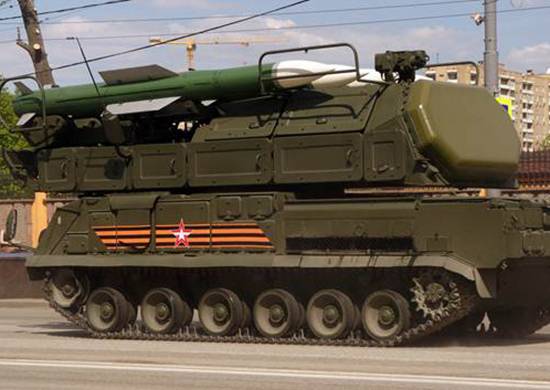 In addition to the Buk-М2 air defense system, the anti-aircraft missile compound was supplemented with the latest launch-charging installations (ROM), radar stations and the Polyana control complex,
says release.

The press service clarified that "this year, the military personnel of the unit underwent retraining at a specialized training center for the air defense forces in the Orenburg region, where they received the latest anti-aircraft missile systems."

"Buk-M2" is a highly mobile modern anti-aircraft missile system equipped with missiles with an efficiency of hitting aircraft up to 99%. These complexes allow to ensure the defeat of tactical ballistic and aviation rockets.

Ctrl Enter
Noticed oshЫbku Highlight text and press. Ctrl + Enter
We are
Moscow and Minsk will multiply the former strength of the air defense of fraternal Serbia: C-300, "Baikals" and "MiGs" for BelgradeOlympic torch relay in the Baikal region
Military Reviewin Yandex News
Military Reviewin Google News
32 comments
Information
Dear reader, to leave comments on the publication, you must to register.