New missile for "aircraft carrier killer" alarmed the US

November 28 2017
174
More and more American experts are coming to the conclusion that the expensive and cumbersome US aircraft carriers can hardly pose a serious threat to Russia. The fact is that the development of rocket technologies allows the Russian Federation to keep these heavily armed ships at a decent distance. 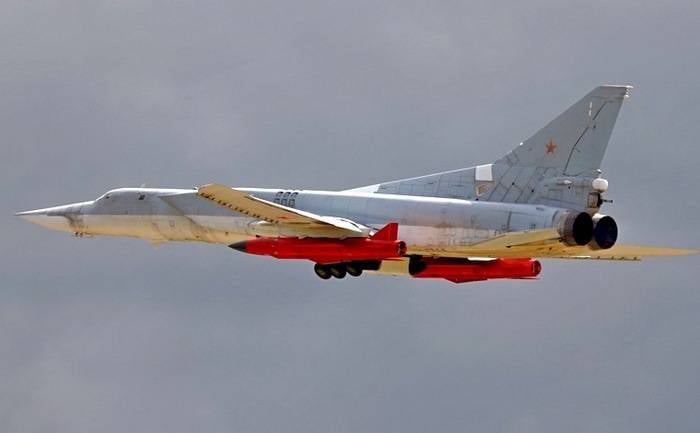 As Alex Gorka, an analyst at Strategic Culture, acknowledged, the Soviet supersonic cruise missile X-22 “Storm”, which, in particular, is equipped with Tu-22М3 strategic bombers, even in the most benign version, it can leave a five-meter-wide hole in the aircraft carrier - 12. This almost guarantees the sinking of the ship. The range of this rocket is up to 600 kilometers, the weight of the warhead (it can be both high explosive-cumulative penetrating, and nuclear power up to megatons) is almost a ton.

According to the analyst, the unique rocket is not even made by these characteristics, but by an unusual flight path. After uncoupling from the carrier, it sharply soars up to a height of 22 kilometers, and then swoops on the target at a steep angle. The resulting acceleration makes it extremely difficult to knock down this deadly projectile.

Even more concern of the Western military was caused by the news that the Russian Aerospace Forces are experiencing a modernized version of this rocket - X-32. Outwardly, it is identical to its predecessor, but the filling has changed dramatically. The improved engine allows you to reach a maximum height of 40 kilometers, and the low air density in those layers of the atmosphere increases the flight range (approximately up to a thousand kilometers) and the maximum velocity of the projectile is 5400 kilometers per hour, reports RG-Sil