Russia: return to the top of the world 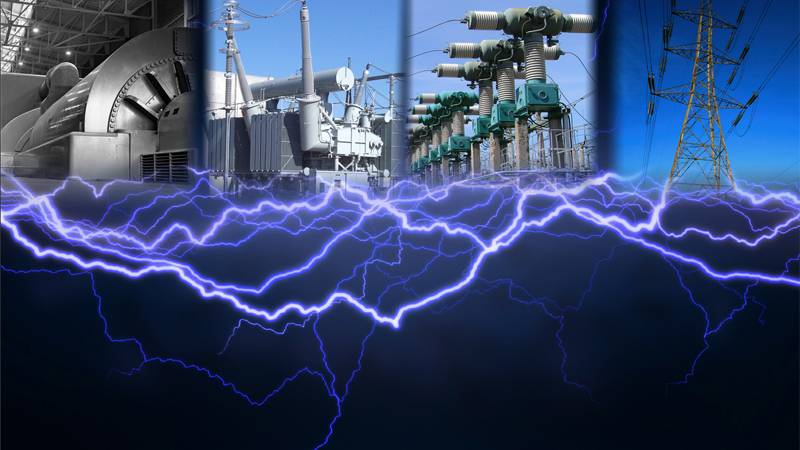 The world leaders have always been "country gas stations." Britain, the USA, the USSR — they were all powerful not “iPhones” and not “tablets”, but coal, oil and gas. Nothing has changed in this world today.

Yes, nobody argues, we need both machines, iPhones, and tablets, but, like 30, and 100, and 200 years ago, energy remains the basis of the economic power of any state claiming to be the leader.

How did civilization develop

We all studied history civilization in school. Polis, empires, kings and emperors merged into a single stream of names and dates, behind which stands one parameter that defines the essence of human development. Energy. Yes exactly. As long as only very primitive sources of it (muscular strength, windmills, water mills, firewood, etc.) were subject to man, society developed very slowly. But then… 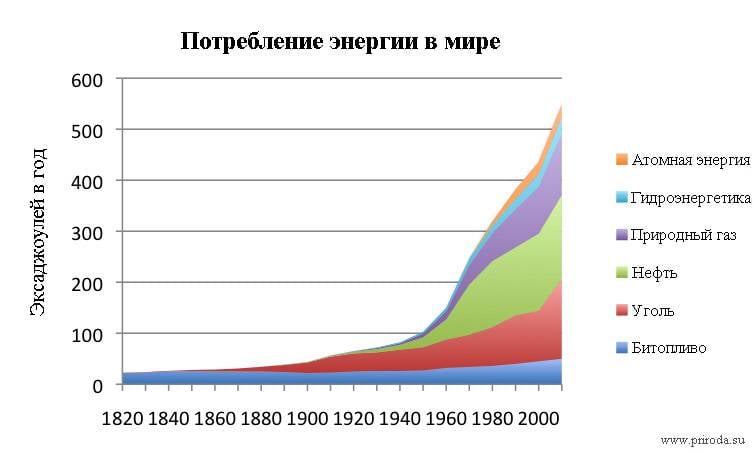 The largest breakthrough was made possible with the beginning of the use of coal. The energy density of the new fuel was three times higher than wood. In addition, for England, which by that time had lost most of the forest, the transition to a new type of fossil fuel was just a salvation and heavenly manna.

Cardiff coal made England great. In the second half of the XIX century, more than half of the world's coal was mined in Britain. And so it was until a new universal fuel — oil — was discovered. 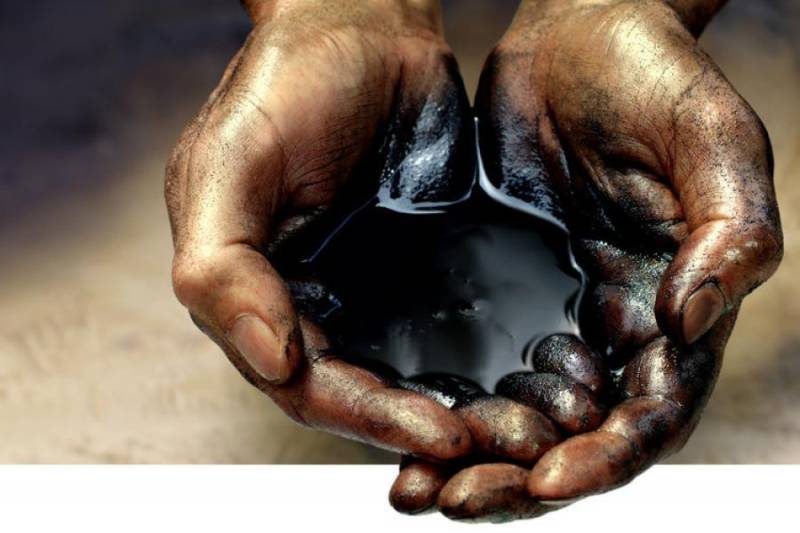 She became the next achievement of civilization. The energy density of oil was one and a half times higher than coal and, moreover, it was very convenient to store and transport it. And there was a lot of it. And the country, which was able to organize its prey before everyone else, has become a new world hegemon. Yes, it was oil and Rockefeller that made the USA a superpower. And while this status quo persisted, no one could encroach on her place in the world.

Until the Stalinist breakthrough occurred in the USSR, and literally in a matter of decades, there was not yet another energy giant born in the world, and therefore a contender for hegemony.

And now, when we have dealt with this, it is easy to understand the conflict of the late twentieth century. First you need to remember the period 1970-x, when the continent, recovering from the Second World War, quickly increased its energy consumption. While he was satisfied with the United States and the countries of the Persian Gulf, everything was good for Washington. But everything ends sooner or later. The river began to dry out and the river of cheap and high-quality Texas oil, and the demand for it in Europe grew and grew. 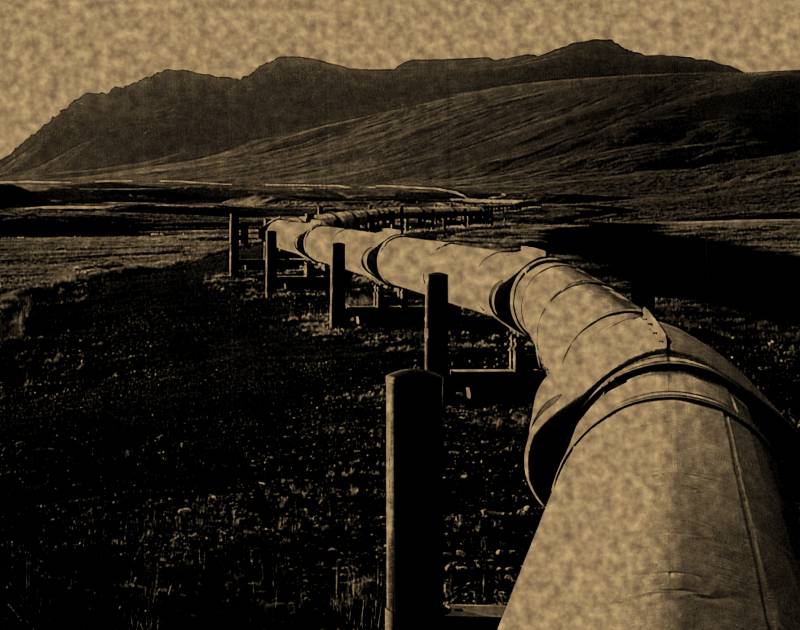 Only supplies from the USSR could satisfy the growing needs of the continent. In fact, Europe had no choice at that time. And this immediately became a big problem for the United States, which, by that time, had turned from a net exporter of hydrocarbons into their net importer.

Is it any wonder that this immediately caused a sharp warming of relations between Western Europe and the USSR? Otherwise it could not be. The economy always rules politics.

Unfortunately, then we lost the bout. The USSR was destroyed, which saved the United States, which at the end of 70's - early 80's were in a severe economic crisis. But today there is a second chance that cannot be missed.

All 25 years of independence (Russia from itself) in the country did not weaken the discussion, which way to develop. It was then that the stupidest term “gas station country” was coined. Society tried to instill the idea that "to live at the expense of oil and gas is humiliating and wrong." And a lot of experts said that it is necessary to save up hydrocarbon reserves until better times.

And these experts did not say that the United States and the countries of Europe did not hesitate to build their prosperity on oil (including foreign oil). Nor did they tell that the Russians had to save their resources for others.

If their opinion had prevailed, the country would never have found the resources to get out of the chaos of 90's. This is now obvious, but then the "experts" crushed and almost convinced.

Only the lazy in his kitchen did not talk about the "country of the gas station" and looked contemptuously at the Kremlin, saying that they are all stupid there, they can not understand the obvious things. 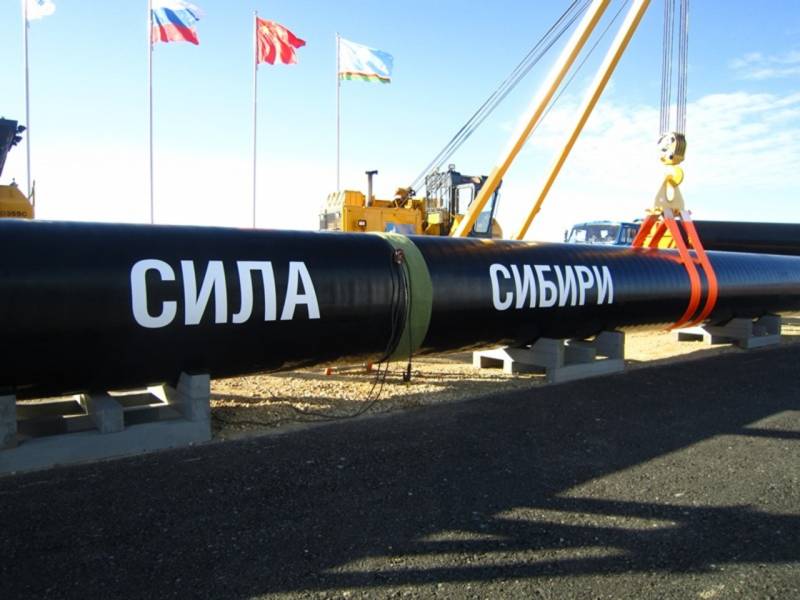 And the authorities were able to understand. I was able to understand that there will be no external resources for re-industrialization. You need to rely only on your own strength. And you can get them only by mastering the natural resources and building plants and factories with this money.

The leadership of Russia knew perfectly well that it was not only Stalin, but also the United States and Great Britain, that was the way to go. It knew that without the cheap and high-quality Texas oil from the first and Cardiff coal from the second, we would never have heard of the Anglo-Saxon world. In the same way, if the USSR had no colossal natural resources, it would never have been able to make that enormous leap from a plow into space. It knew that everything in this world is interconnected and natural.

Having no resources, if you are at least three times a super modern country, you will not be not only a superpower, but just an independent territory (the example of Japan is very significant). And if you can rationally dispose of natural resources, then you will have everything. Factories, factories and roads that lead to them, and the houses in which people live, they work.

Today, Russia has already passed the first and most difficult part of the road. Today, it sets the tone for the global energy industry and, as a result, has regained its superpower status. This is the era of re-industrialization. In the country, almost every day new production facilities are launched, from mini-plants to industry giants. Cheap energy attracts investors. As I said above, everything in this world is interconnected and natural. They wouldn’t start rebuilding a “gas station country” in 2000, there wouldn’t be anything in Russia today, and maybe the country itself wouldn’t exist anymore.

Ctrl Enter
Noticed oshЫbku Highlight text and press. Ctrl + Enter
We are
Reports from the militia of New Russia for 1 September 2014 of the yearYuri Drozdov: Russia prepared the role of the sacrificial calf
Military Reviewin Yandex News
Military Reviewin Google News
134 comments
Information
Dear reader, to leave comments on the publication, you must to register.