Syria can connect the UN to negotiate a settlement 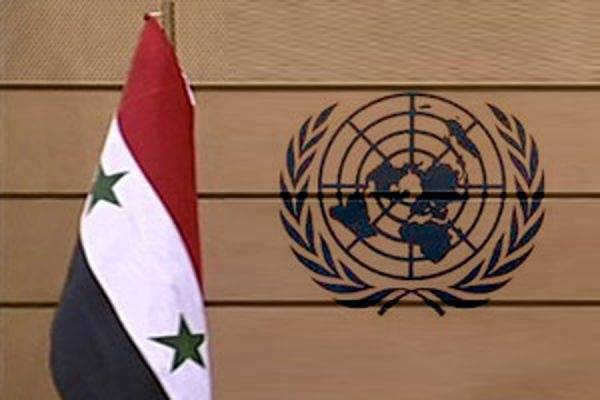 Simultaneously with the victory of government troops in the war against terrorist groups in Syria, before which there are a few weeks left, the process of a political settlement of the crisis will begin in the country. At the moment, active preparations are being made for negotiations on a post-war structure, and also the composition of their participants is being determined, including from a number of international organizations.

In particular, the other day, the Syrian Ministry of Foreign Affairs stated that it does not object to the UN participation in the discussion and decision-making on the future of the Arab Republic. However, the Foreign Ministry stressed that at the same time they demand from the organization “to respect the sovereignty and the right of peoples to self-determination proclaimed by the UN Charter, and not to interfere in internal affairs”.

In general, the position of the official Damascus in relation to the UN may seem rather tough, but this is only at first glance. In fact, the longstanding conflict has demonstrated that such an approach to the activities of an international body is not devoid of meaning and, often, completely justified.

The fact is that in recent years, an organization with its headquarters in New York has less and less fulfilled its responsibilities in creating the functions of maintaining and strengthening peace and security, as well as developing cooperation between states. On the contrary, since the end of the 20 century, it looks more like a platform for upholding by a certain group of countries, primarily Western, own interests, without reacting to the threats to global security that regularly arise in the world. It is enough to recall how, in response to NATO’s military invasion, first to Yugoslavia, and then to Afghanistan, Iraq and Libya, the UN actually distanced itself from directly participating in the process of resolving the above-mentioned crises, preferring to take a conciliatory stance with the actions of the interventionists and criticize the doomed to destruction, but however, legitimate governments.

Since the beginning of the protests in Syria and the creation there, with the assistance of foreign intelligence services, of illegal armed formations of the so-called moderate opposition, the organization’s activities, in fact, were carried out according to the same patterns as before. From the international rostrum, foreign politicians groundlessly accused the official Syrian authorities of crimes against their own population, and relevant resolutions were passed on to the Security Council for review. The key topic, which for a long time caused special excitement and activity of the opponents of Damascus in New York, was their attempt to accuse the leadership of the Arab Republic of a chemical attack in Khan-Sheikhun in April of this year, the apogee of which was an early vote on the extension of the mandate of the joint UN and OPCW mission, which, however, failed. This commission, we recall, for several months conducted an investigation into the incident, but did not collect the necessary evidence, relying solely on the testimony of representatives of the armed opposition and data from the Internet. As a result, the military SAR were named guilty of the tragedy, and representatives of Western countries demanded the immediate punishment of President Bashar al-Assad.

Naturally, such cases, along with the already tarnished reputation of the main international body, increasingly force one or another political force to resolve its problems without its mediation. As for the fading Syrian crisis, Russia, Turkey and Iran, participating in its settlement, have a real influence on the situation in the Middle East region and are able to lay the foundation that will allow a war-torn state to get on its feet as soon as possible. The UN in this situation is kept to a minimum.

Nevertheless, Damascus is ready to provide the organization with the opportunity to join the process of the post-war state formation, which means the unwillingness of the Syrian leadership to completely bury the nominal guarantor of world security. For the UN, this invitation will become a kind of exam that will show whether it is ready to be reformatted and perform the functions assigned to it. If so, then the current system of global security in its current form still has prospects. If the UN, as in previous years, tries to lobby outside interests that infringe the rights of other participants in the political debate, then finally turn into a relic of time that does not meet modern requirements.