Comments to the orders of the next president of Russia

November 29 2017
75
Author's analysis of the article S. Dukhanov "Return the Russian billions from the US economy" 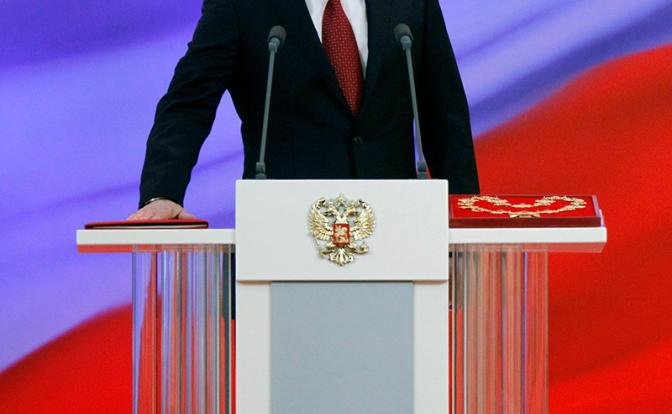 15.10.2017 in the Free Press published a good article by S. Dukhanov “Bring back Russian billions from the US economy. Orders for the next president of Russia. ” Below I offer my comments to the orders. If there is no comment, then I put +++. I dare to believe that I have this right by virtue of education and experience. Of course, Dukhanov didn’t touch on all the main sides, he doesn’t have a national idea, about finding the “heroes” of dispossession of people in 90, about upbringing, about equality and other very important things.

1. Change the Constitution, written under the dictation of the Americans. Russia deserves better. +++

2. Stop through the manager of your administration to pay the salary of the State Duma and the Federation Council. +++

3. Return to the constitution the provision that the bowels of the country belong to the people. Looted the country, and there will be. From the proceeds from the sale of mineral resources and the activities of the fuel and energy complex, create a Fund for the development of future generations and the normal provision of pensioners. +++

4. If you are not an economist by education and work experience, then create economic advice from economists of all directions, with experience in real production, even in open discussion, prove to each other and society the correctness of their proposals.

Comment. It is with experience! I took an interest in the creative production of the present ministers, and not only economists. It turns out that in fact they are no one to call them. The only thing I would take to my shop is Medvedev, but for starters a student slinger, and only because he was engaged in business as a student - worked as a janitor. But take the economic block, so its ministers themselves (!) Never created (!) For the people, for the country. No wonder there is a joke: "Vityok, if our development depends on oil prices, then what does the government do?"

5. Enter the position of vice president instead of the chairman of the government. Make ministries departments of your administration. Have the courage to answer for everything, without any kind of "gaskets". +++

6. Do not nominate a thirty-year-old salag to lead federal agencies. Appoint for posts only those who not only carried pieces of paper through official corridors, but he himself (!) Created something serious in different regions in the relevant field.

Comment. It has long been known that it is necessary to put forward the best, with experience, with appropriate education. There is such a science - team management. So, on it is not recommended to push through the steps; can not push sycophants; friends are not welcome; the higher the position, the higher the duties and responsibilities. A small example: I was a young master, to whom an experienced brigadier constantly sang, what a talent I was, so I took him off from the foremen, and everyone understood that I could speak about my blunders.

7. Appoint the Chechen Minister of Foreign Affairs - the world will understand that Russian foreign policy is synonymous with the concepts of “honor” and “dignity”, but it is antonymic with the concepts of “mummy” and “rag”. Eliminate MGIMO - they often prepare gray mice and snobs in one person out of blatnyak and majors from young nails. Create faculties of international relations in universities throughout the country. +++

9. Never take retaliatory measures in the event of the killing of our fellow citizens, the expulsion of our diplomats, the closure of diplomatic institutions, insults of the Russian flag, theft and trial of our fellow citizens. You will not be able to rely on the loyalty of the oath of people in uniform and respect for the state of citizens if they are not sure that no foreign scum can even look at them sideways without fear of getting a response in the teeth. And the “fifth column” will not scream: “Why can foreigners make out over Russia, but we don’t?” Remember, in 1983, Arabs blew up American barracks in Beirut, killing 241 marines, and after 10 years, Somalis in Mogadishu killed 19 American rangers ? In both cases, there was no response, courage - not about the Americans.

Comment. Everyone who has come across the hooligan side of life knows that hamlo is not associated with someone who always gives the answer to Hamla even at the cost of life. Well, Churchill's expression: "He who chooses humiliation out of humiliation and war also receives war." It is already disgusting to hear the peace-loving reactions of ours (or not ours?) To foreign rudeness.

10. Make it a rule to speak in front of graduates of military, intelligence, counterintelligence and police (about this term - below) academies. These guys must be confident in their supreme commander. And that the Motherland will never abandon them if they are faithful to her. +++

11. Remember the national curse that befell Gorbachev. Never allow any advances to foreign countries in the form of “gestures of goodwill”. All these suspensions of military operations, when they are successful (Debaltsevo, Ilovaisk, Syria), the release of officers of foreign special services (when our citizens are safely and stealing and judged), have been interpreted by the West as weaknesses by our terrorists. +++

12. Rename the police. In the country, the word "policeman" is synonymous with the words "traitor", "accomplice of the invaders", "marauder", "murderer of patriots". Think about the phrase yourself: “The police ensure the security of the Immortal Regiment.” +++

13. Return the budget billions of dollars from the US economy. Not only is it not feasible from a financial and economic point of view, because in this way the liberals bowing to the US in the economic bloc of the government finance the country that declared Russia an enemy. What investor, not a speculator, being in his right mind and a solid memory, will invest in a country whose authorities do not invest these funds in it, preferring to export them in gigantic amounts?

Comment. Yesterday I listened to Gref's speech on “YouTube”. Baa-rin condescended! And what words he knows, half you won’t understand, like a premier’s! By the way, there is a law on the Russian language, so, according to it, it is necessary to penalize such people for the use of foreignness when there are analogues in Russian. So what I mean about Graf - taught me the doctor, professor, creator of the Bomb, Zolotavin. He used to say that if someone tells you something incomprehensible or referring to the fact that everyone knows this and makes such departures from a clear explanation, then either the narrator himself does not know the belmes, or he blatantly lies. And on the reserves of the enemies. It is not quite clear to me why the authorities are indignant that our fashion bar is stolen, transferred abroad, dumped abroad. How does this theft differ from the official allocation of foreign exchange reserves by the state also abroad? Well, and more - economic growth below the world average + 3% from above is considered as a reason to disperse the economists with confiscation. This is where it suits: five years to develop worse than the world level!

14. Take care of the system construction of roads. Cancel "Plato." In the end, the creation and development of infrastructure is the direct responsibility of the state. Stop dreaming about the “investment climate” and think about privatizing something else popular. +++

15. Be honest in front of tv cameras. If you do not want or can not tell the country the truth, better keep silent.

Comment. And once again in half a year report on your promises and on the most urgent problems of Russia. And not arranging from this show. A true leader knows that an honest report is almost like a confession.

Complete at least half of the above, and you will enter history as the wisest and successful ruler of all times and peoples. You will act like your predecessors, and you will secure for yourself the praise and praise of sycophants and sycophants while you are in power, but ridicule and contempt after leaving the post. +++

Ctrl Enter
Noticed oshЫbku Highlight text and press. Ctrl + Enter
We are
A great interview with Sergey Lavrov: about Ukraine, Obama and IranWhat you didn't want to know about England
75 comments
Information
Dear reader, to leave comments on the publication, you must to register.