About the national idea of ​​association 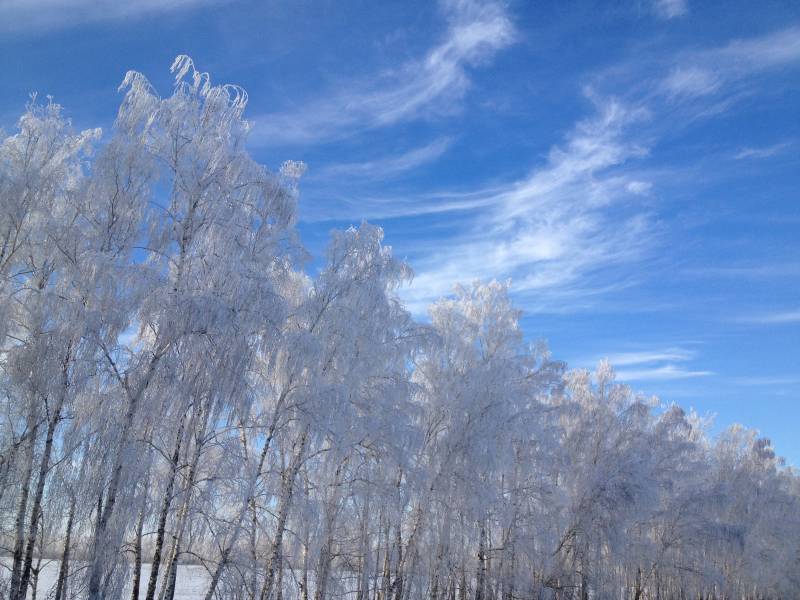 “Whoever does not regret the collapse of the Soviet Union has no heart.

And who wants to restore it in its previous form - he has no head. ”
V.V. Putin

Analyzing and evaluating recent articles in the blogosphere, including on the website of Nikolai Starikov http://nstarikov.ru, leader of the All-Russian Party the Great Fatherland, one of the most progressive and patriotic parties in the political horizon, according to the most current ideological theme, I offer my own vision of the situation of this range of discussions, taking as an object, as an object of discussion, the blog article by N.V. Starikov and Air Defense "12 Principles: Political and Economic Program of the Great Fatherland Party", which is one of the main party documents, concentrating on its third principle.

"3. The principle of priority of the common good over personal

We must realize that striving for personal benefit to the detriment of public interests ultimately leads to the breakdown of society and the state, and therefore, it hurts every single member of society. Therefore, each of us must understand and accept the principle of the priority of the public good over the personal. The priority of public interest implies the importance of the growth of individual well-being and the quality of personal consumption. "

The older generation well remembers the words from a famous song to the poems of I. Shaferan: “Think before about the Homeland, and then about yourself.” I believe that the formulated name and interpretation of the above Principle, in the root, and in its essence, is not true. Because it, when implemented, will fully return the country in Soviet times. And this is not reasonable, for the simple reason that in such an approach to the legal relations between citizens and the state was the main misconception of the then leadership of the country, which led to a fatal mistake of management and, as a result, to the collapse of the USSR. I will try to explain in detail why.

The national idea (goal) is also inextricably linked with the concept of the country's socio-economic development, like its civil society, with the ideology (rules arising from and determined by the national idea), according to which citizens can, and agree to live together on certain borders territory. The absence, at least one of the mentioned constituent categories: economic or spiritual-moral, also inextricably linked - either ideas or ideologies - sooner or later, leads to the inevitable collapse of the country and the collapse of the state.

The main supporting resource of the country - the carriers of sovereignty and the only source of power, in any state with an internal structure similar to the Russian Federation - are its citizens.

And, precisely, the citizens inhabiting such a state, by their will and consent to the maintenance and functioning of the administrative apparatus for the implementation of state administration (in the publication of laws, on the basis of them - to establish appropriate legal relations and pay the established taxes), create (constitute) the state itself and in the period of its existence, they are constantly engaged in its development, protection of sovereignty, strengthening of economic and defense power, as well as the formation of civil institutions and improved public-state relations.

The state, in turn, through the Constitution (Social Contract) and the legal framework, undertakes to create and ensure conditions for successful coexistence and living of citizens of the country within the boundaries of a certain territory.

At the same time, a guarantee of the dynamic development of Russia and the basis of its existence is the economic model of production relations, the principles of which, under the current conditions of the changing world technological order, were introduced and imposed on Russia from the outside, but are alien to our society and are objectively characterized as occupational.

And, only, since 1993 of the year, the voluntary-compulsory finding of Russia in the “sucking swamp” of the false principles of social and economic development, where the Anglo-Saxons led by the Washington Regional Committee have deceived the country, does not allow us to get out on the dry land of development. Although, you could make a reasonable “exit to the land” without much difficulty, skillfully using, as a “straw” - a unique, richest creative experience gained during the Soviet times, the only world rightholder, which we are after the Great Russian Revolution 1917 of the year.

Staying in the current conditions of development and retaining the imposed paradigm of the economy, all our efforts will “go into the sand” - to a meaningless confrontation with the West, to prove their truth and endless justifiable-humiliating actions of Russia’s not existing fault for any reason.

Today, citizens and the state in Russia, from the standpoint of the institution of law and, exclusively declarative, although, within the framework of the legislative field (i.e., in the context of idle or missing laws), are equal subjects of legal relations. But, which should and can become such "de jure" (in their practical application after the fact), with the fulfillment and observance of one indispensable condition: when introducing into life in society and the state an appropriate mechanism for exercising equity right with the adoption of law-forming laws, changes to existing and amendments to the Constitution of the Russian Federation, which, for 74 of the one-party rule of the CPSU, could not be offered to the people of the USSR, nor by the communists, and in the Russian Federation none of the current parliamentary parties for 26 years after the collapse of the Union, act boiling, unfortunately, as a nominally uniform subjects (not to say - puppets) the existing political system. And their goals and objectives are similar, as two drops of water.

Implementation of this principle across the country, in relation to its national property, will be implemented in society and the state fundamental, universal values ​​and the concept of "equality", "solidarity" and "justice", which will automatically be removed from the agenda (eliminated) the mass of negative processes occurring in the internal life, such as corruption, illegal migration, oligarchy, the withdrawal of capital abroad, paid health care, education, access to full legislative and legal information, and etc. A need for one of the parts of the relatively recently created ministry - the department of social protection of the population - is about changing the system policy of which, not later than October 04 of 2017, at the plenary session of the forum “Russian Energy Week”, said our leader : “We certainly need to change a lot in the field of social policy. What I mean: you need to create a system in which state aid will be targeted in the direction of those people and for those categories of citizens who need it, and not for everyone in the same way, which is now observed in the health sector and in social support , and so on."

The life-affirming actions of I.V. Stalin, when, even after an exhausting, perfidious and devastating war, as head of state, he came to the conclusion that the country was pursuing a policy of annually reducing prices for the population for food and industrial essential goods, and the communal resources to ensure the everyday needs of citizens , simply, free (and, if this fact was one of the root causes of his death?).

Actions I.V. Stalin is explicable and understandable - article 6 of the Constitution of the USSR 1936 of the year was established: "Land, its subsoil, water, forests, factories, mines, mines, rail, water and air transport, banks, communications, organized by the state large agricultural enterprises ( state farms, machine-tractor stations, etc.), as well as utilities and the main housing stock in cities and industrial centers are state property, that is, the national property. "
And, precisely because today we live according to other people's rules, citizens, as individuals who receive water, gas, electricity for domestic needs in their homes, even in their standard volumes of consumption for each registered at the place of permanent residence, pay they have communal resources. This happens, despite the fact that, formally, under the Law, they belong to the state, but, consequently, the normative share is to citizens (they, the state and citizen, as subjects of legal relations, are equal in rights), not forgetting that the housing itself, now, far from being, exclusively, state property.

Therefore, the question in the air defense program on the priority advantages of one legal entity over another is also not correct, as is the dispute about the primordial nature of the chicken or the egg. And, equal rights of the state and citizen defined by the Constitution of the Russian Federation as subjects of legal relations, in their mutual striving to ensure the sovereignty of the first and enhance the personal benefits of the second, respectively, along with the duty of the state to protect the rights and interests of citizens, a priori, cannot lead to the collapse of society and the state.

Moreover, the implementation of the principle of shared ownership across the country, in accordance with the Theory of Dovolizm, will ensure conditions for every citizen and lead them to realize, not in words (declaratively and virtually), but in practice, their importance and place in society and the state to govern the country, as well as to bear the Holy duty of preserving the unshakable and unifying burden of personal and common sovereignty of the Motherland.

A country cannot be successful if the welfare of the absolute majority of its citizens remains low and not “sharpened” for self-stimulation of an individual to his maximum (the proposed mechanism would be motivated by this), in striving for this maximum well-being of the efforts of the citizens themselves. It is impossible to achieve success and, in the absence of a desire to strengthen these conditions by the state, in order to continually improve the well-being of each individual, in comparison with similar objective indicators of the well-being of citizens of the outside world.

Conclusion from the above

A nationwide idea and ideology is vital for the country.

For a national idea and a strategic goal for Russia, as well as the Ideology of the Just Rights of Citizens (ISPG) developed on its basis - a peculiar civil spiritual-moral code - at this stage of development and in the conditions of a changing global technological order and the empowerment of every citizen of the Russian Federation with the right and ability to dispose of his share of property in the national wealth, subject to realization and consolidation in the life of society and the state, through The existing established mechanism of the timeframe, with a deep and transparent application of communication and digital accounting and reporting technologies, with direct interdependence and coordination with the sovereign credit and banking system, exclusively within the country.

Its action should be defined indefinitely, and implementation - for the upcoming 10 years of rapid development. Further, life itself dictates and corrects other possible goals and objectives for which future generations will formulate the subsequent idea or extend the current one.

And most importantly. The most important result for Russia, if the proposed mechanism is implemented, will be that the inevitable change of the existing model of socio-economic development and management, which is based on occupation principles, to the concept of Trust Management, based on the principles of the Dolerian Theory principles of conciliarity, high morality, justice, equality, solidarity, mutual assistance, traditional Christian and family values, etc.), which will contribute to fundamental, progressive changes in the lifestyle of Russian citizens and supporters of the Russian World, in creating and maintaining the conditions for their sustainable development and prosperity.
Such a scheme is not ashamed to offer the world community for export.

Ctrl Enter
Noticed oshЫbku Highlight text and press. Ctrl + Enter
We are
Do not repeat mistakes made in 1917About Stalin and Khrushchev
33 comments
Information
Dear reader, to leave comments on the publication, you must to register.