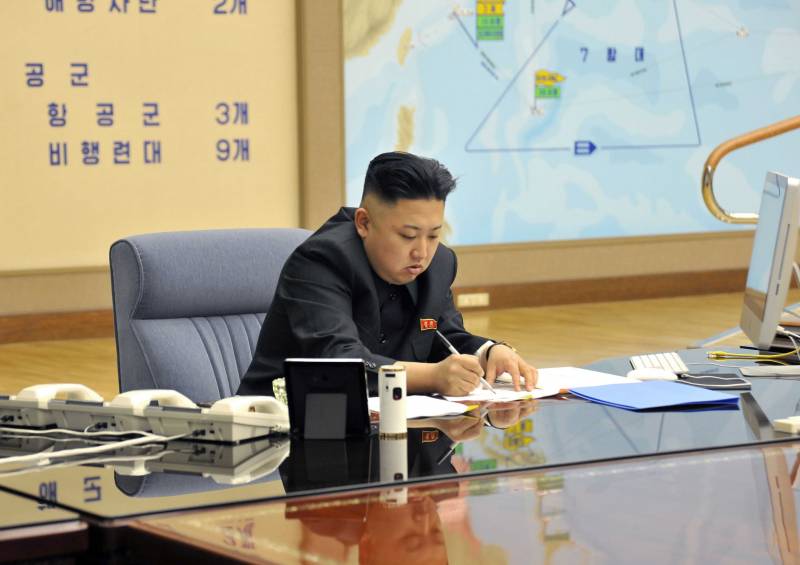 It is relatively easy to collect the necessary information and equipment for the attack, and the enemies of Pyongyang are much more vulnerable than he, since “the Internet and computer systems are the heart of Western society.” "Fraudulent viruses and virtual currency give North Korea a chance to receive funds, while it relies on the fact that the United States will not intervene because of hacker attacks," the article cites. InoTV.

According to the author, the transition to active cyber attacks occurred in North Korea in 2009. With the coming to power of Kim Jong Un (2011 year), "North Korean hackers set financial and political goals for themselves." The climax was the successful attack on Sony Pictures in 2014, when it wanted to release a comedy film about Kim Jong-un. As a result, 70% of the company's computers suffered.

“This was a disaster for Sony Pictures and Pyongyang’s first successful propaganda maneuver on the web,” the article said.

We did not expect the attack to take place at the film studio - a symbol of freedom of opinion,
said ex-prosecutor and US National Security Officer John Carlin.

Pyongyang is credited with other large-scale attacks, for example, at the central bank of Bangladesh, from which hackers stole 81 million dollars last year.

“The well-known computer virus Wannacry was also allegedly created by Pyongyang. At the same time, hackers did not necessarily make attacks from North Korea. Pyongyang used hackers from other countries and their infrastructure, ”in particular, Russia, China and Iran,” the author writes.

Analysts believe that in cyberspace, the DPRK pursues the same strategy as with its missiles: “constant testing”.

“The Wannacry virus could also be just“ testing how the West responds. The United States is unlikely to start a war because of cyber attacks. Washington will try to answer "an eye for an eye." Every day hundreds of American hackers are looking for weak spots in North Korea’s computer systems, ”concludes the publication