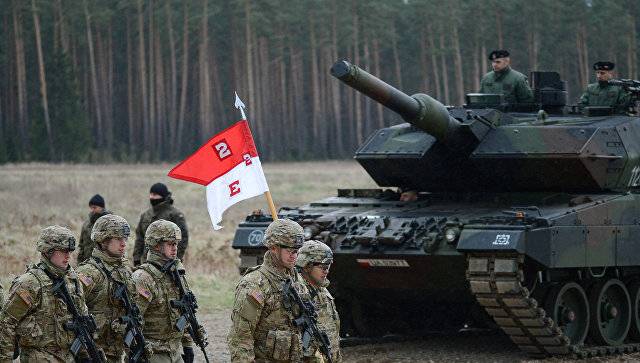 More than 17 thousands of military personnel and 3500 units of weapons and military equipment were involved in the largest exercise of the Polish armed forces "Dragoon-2017" ("Dragon-2017"), which took place from 22 to 28 September.


In addition to the formations and military units of the Polish Army, the 11 servicemen of NATO member countries, as well as units from Georgia and Ukraine, took part in the maneuvers.

This combat training event in Poland and in the West was presented as the Alliance’s response to the Belarusian-Russian exercise Zapad-2017.

It should be noted that even on the eve of the exercise, the results of the inspection of a number of military units by the Supreme Control Chamber of the Republic of Poland, according to which it was concluded that the process of reforming the armed forces was haphazard in nature, became the property of the Polish media. It became especially obvious after the exercise "Dragoon-2017".

It is no secret that the Polish Defense Ministry in all publications and statements presented past maneuvers as the most significant and ambitious in recent times. However, despite the announcement of the successes achieved and the words about a “revived strong army”, the level of decline and “Ukrainization” of the armed forces, the Polish military men themselves call this phenomenon, shocked not only the reservists who took part in the maneuvers, but also the personnel officers.

Surprisingly, the Polish mobilization bodies failed to attract the planned number of reservists to such a significant doctrine! You must admit that this is a paradox, since it is precisely the military registration and enlistment offices that have in advance accurate information about the states to be filled by reservists, the required military registration specialties and are engaged in their conscription and distribution.

Moreover, in some cases it turned out that the instructions issued by the military personnel in the military commandant's offices do not correspond to their military occupational specialties: the sailors got into reconnaissance, the pilots to the mechanized troops, and the artillerymen to the rear units! And the culmination of the actions of the military registration and enlistment offices was the fact that persons without a military oath were involved in the exercises!

Another “trick” of the commandant’s actions was that the reservists were promised weekend tours to their homes.

Polish Defense Minister Matserevich has already reformed himself so that at present, in the Polish Army, the unit commander no longer decides which items of equipment will be given out to the servicemen for training or occupation depending on the tasks and conditions of the weather - now they are thinking about it in the capital, they know better! Subdivisions became dependent on business departments, which became the state in the state.

Than rich, they are happy

The material support system has been significantly criticized by reservists. And it is even surprising that the servicemen did not go to “borrow” the necessary clothing and food from the local population, as their Ukrainian colleagues did, because the security standards do not correspond to the needs.

Thus, according to the decree of Minister Matserevich of 2016, it is sufficient for a reservist to have a training session at the training ground for a month: a uniform (one set), socks (two pairs), a jersey (two), a t-shirt and sports shorts, towels (two). In general, of course, not bad, but - the ability to wash the listed items of equipment during the month is not provided!

That one is washed - who is lazy to be scratched! Accordingly, knowing this, washing machines for self-washing uniforms were not provided. And you say everything at the highest level in NATO - they have Jacuzzi pools, hot water, and food full of pants ... Do not confuse the US Army and the troops of loyal and Washington vassals from Eastern Europe.

Theoretically, the opportunity to wash clothes was still there, but at their own expense in the only laundry at the site, commercial. However, it is necessary to remember that one set of the form was issued - therefore, in the event of any action, it is necessary to wrap yourself with a towel and forward in socks and a T-shirt.

One can only imagine the “flavor” that comes from the “patriotically-minded” reservists after a week or two of being in the fields. Therefore, it is not surprising that neither the President nor the Minister of Defense expressed a desire to meet with the reservists, with the exception of a few elected representatives of the reserve (who could probably be washed).

It is necessary to add that for the autumn teaching, the called-up people received desert shorts and T-shirts, as well as winter jackets. That is, the servicemen were partially given summer (desert) uniform and partly - winter! Apparently in Poland, recently, the weather is very changeable, beware: drought gives way to cold. But the funny thing is that no one received a single set of uniforms in case of rain. In the state of Texas, it would really be quite comfortable at this time, but here the Polish latitudes are in a slightly different place and in September in shorts, although you don’t run much with a winter jacket. Especially after almost all reservists have problems with shoes. It turned out that many soldiers broke the sole or torn shoes. Therefore, in the course of the exercise, numerous cases were noted in which soldiers were shod and dressed in the shape of number eight - what they found we wear, namely, in civilian shoes and clothes. Maybe it was such an idea that the Americans and the British could see for themselves what the partisans look like. 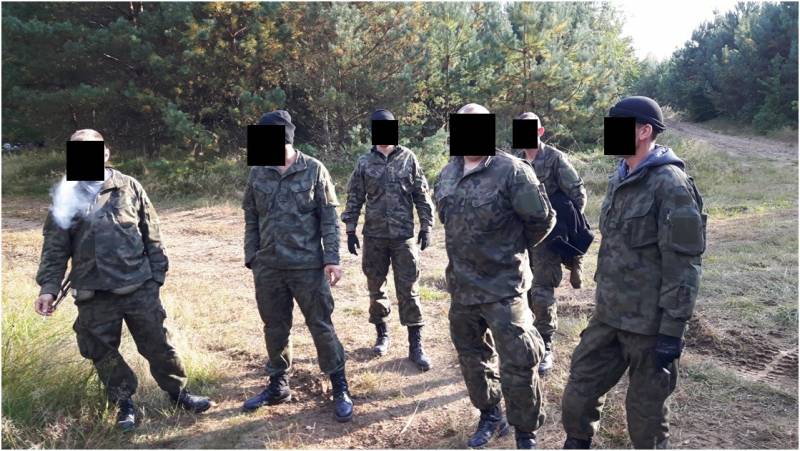 The result of this “support” for the servicemen was that after the very first night, all the adjacent roads were filled with relatives' cars, which brought necessary warm clothes and shoes to their “defenders”. A day later, the Polish Army became its appearance to remind the Ukrainian army of the 2014 model of the year. That is, the "modernization" of the armed forces of Poland, about which the pan minister trumpets from all the tribunes, has gone a different way. There is a complete isolation of the INR from army realities and needs.

Meanwhile, it turns out that not only reservists, but also military personnel, are experiencing problems with clothing allowances. Almost 20 percent of the regular military personnel did not receive their property.

As the maneuvers showed, the Ministry of Defense under the leadership of Matserevich is not able to provide the servicemen with basic things, but he successfully “deals” with billion-dollar tenders for the purchase of helicopters, submarines and air defense systems.

The fact of how bad things were with the allowance is testified to by the fact that on cold nights there were cases of unauthorized abandonment of service places by servicemen - they left to warm themselves from the landfills to the camp. It is logical that the number of cases increased in a geometrical progression. Moreover, the medical care left much to be desired. There were no simple cough and cold medicines in the medical stations! Of course, there were enough medications in case of gunshot wounds or other terrible cases, but the diseases typical for autumn were absolutely out of sight. Therefore, about 10-15% of the exercise participants were constantly in the hospital or in the camp site with a high temperature. 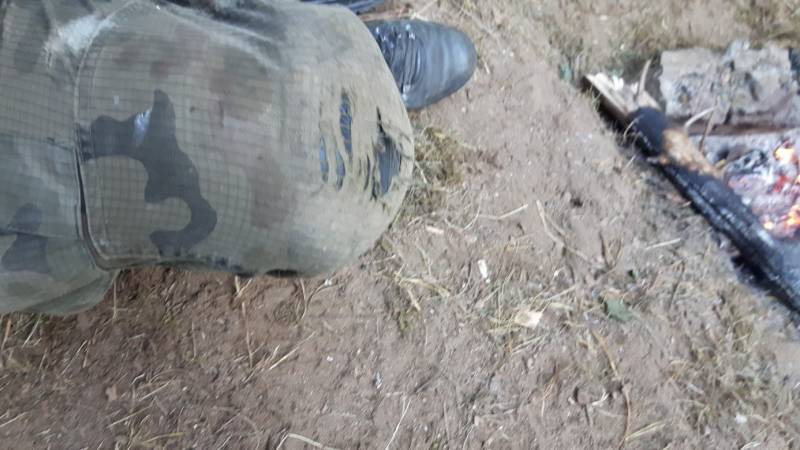 An even more compromising exercise "Dragoon-2017" was the issue of sanitary and welfare. In particular, there was a lack of dry closets. Organizational farce on the part of military economic departments proved to the full. Often there have been cases when 200-300 military personnel accounted for two dry closets. Because of this, there were endless queues. 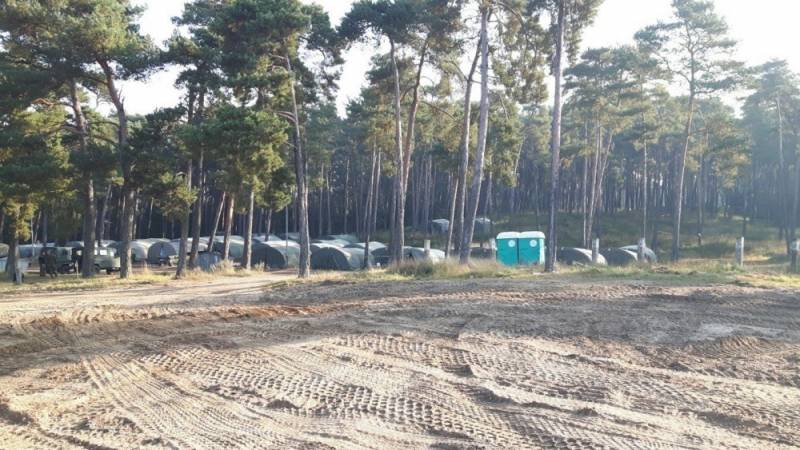 By the way, the President and the Minister of National Defense had advantages - special armored (!) Personal dry closets were installed for them. 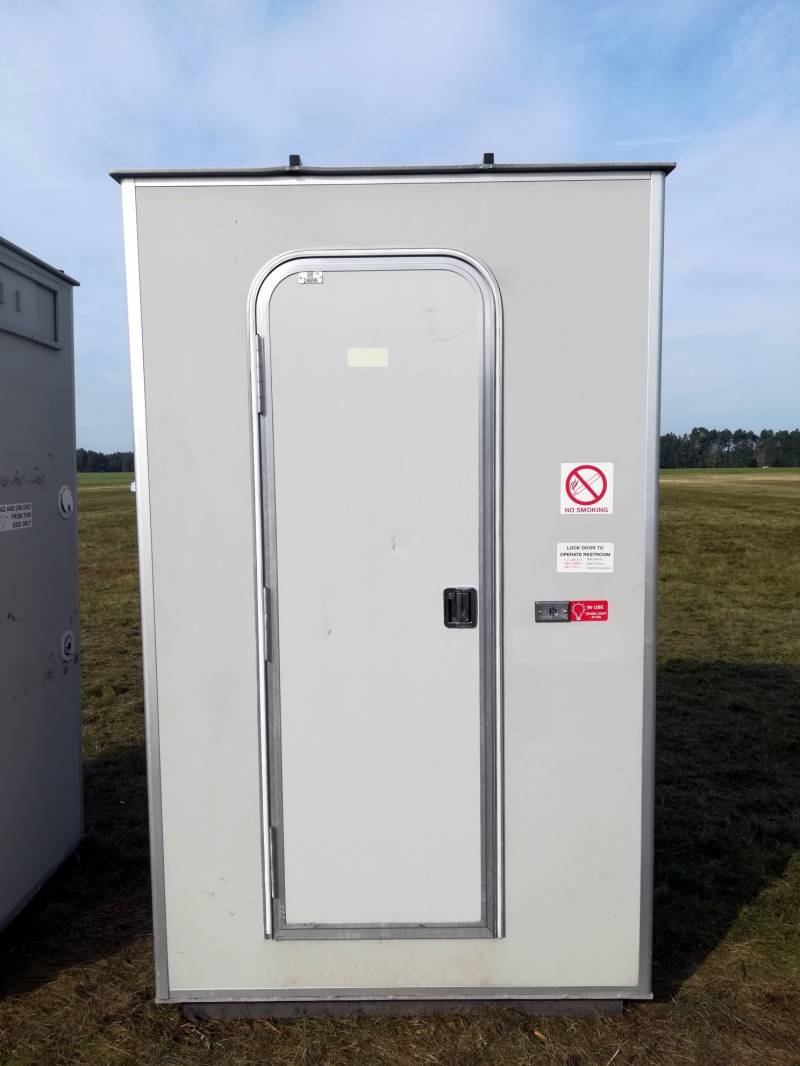 There were problems even with such a prosaic thing as water! By order of the INR, the rate of consumption of bottled drinking water was determined - 1,5 l in peacetime and 2,5 l - wartime. It got to the point that the canteen staff took away extra bottles of water from the soldiers. Naturally, this order did not concern foreign troops.

Similarly, the situation with the tents. Some units had the opportunity to rest only when another unit went to night classes. The shortage of tents at the Dragoon-2017 exercise was so acute that the military had to rent tents from private companies! 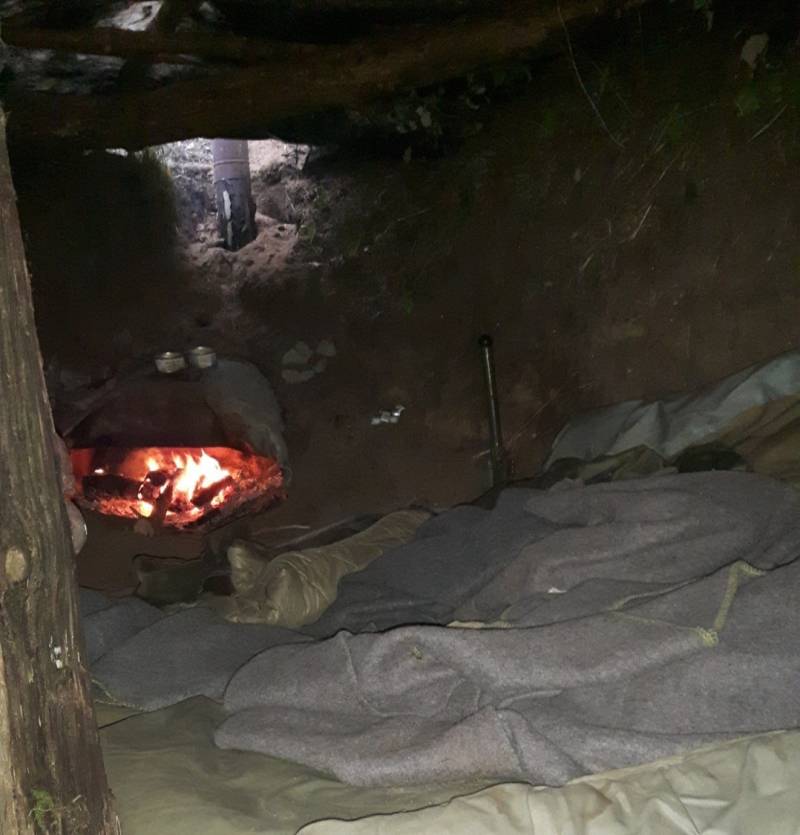 Left much to be desired and the issue of nutrition. Even the most aged reservists, who have gone through more than one collection, did not remember such a saving and poor food. Lack of buffets to buy essential goods and hygiene products, as well as the possibility of any kind of leisure, were no less a problem - telephones were the only entertainment. Buffets, by the way, functioned, but only in those places where soldiers and officers of foreign contingents were deployed. 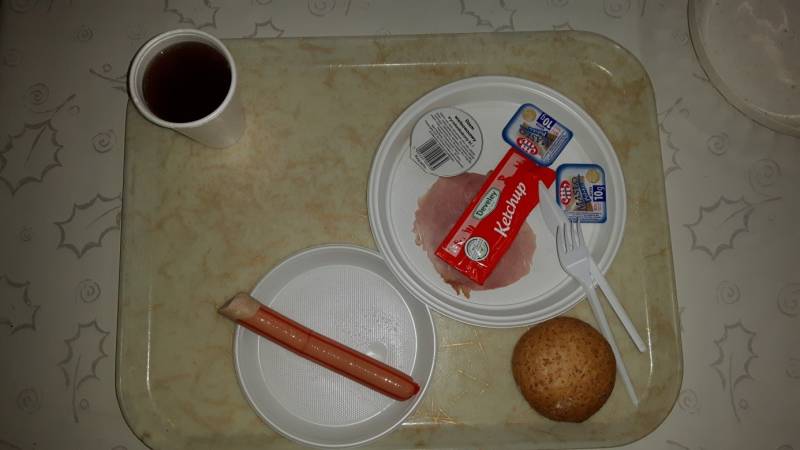 Therefore, it is quite obvious that a significant part of the divisions could not work out the full list of tasks envisaged by the plan of the exercise. This is due not only to unsatisfactory provision and the lack of necessary sanitary and hygienic conditions. Significant difficulties arose in connection with the frequent failure of deprecated obsolete models of weapons and equipment. 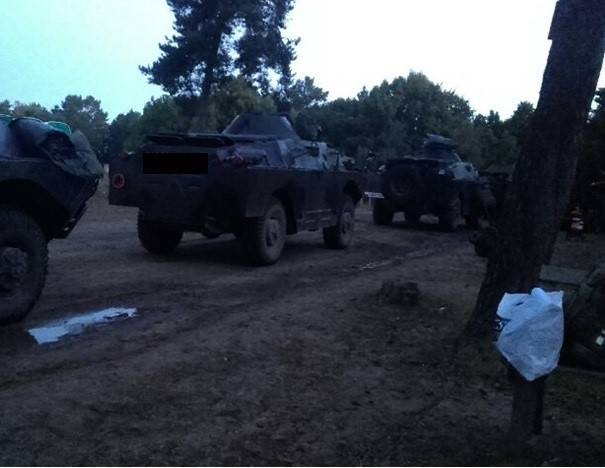 Most of the machines were in disrepair for the first time the clock exercises. Yes, this is not the time of the dashing Polish “winged” hussars - he changed his horse and went into battle again. 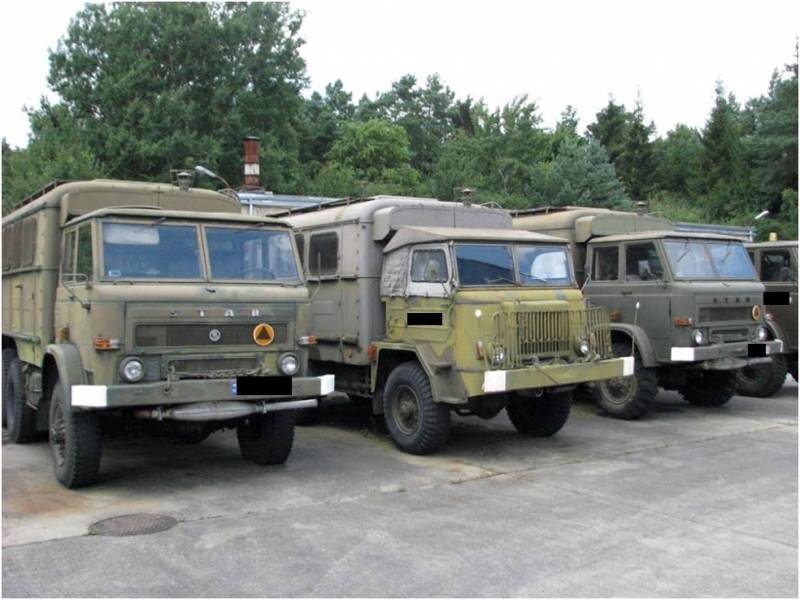 Professional military personnel and a trained reserve did not have enough thermal imagers and night vision devices, communication systems, masking and surveillance equipment, entrenching tools, and even ordinary vehicles! It happened that one had to wait for cars for transportation on the 2-3 hours, since there was nothing to bring the personnel to the exercise area. But the untrained territorial defense forces (it’s difficult to be trained after two months of existence) were armed with modern weapons and new equipment. It should be recalled that the creation of territorial troops - the personal idea of ​​the minister! 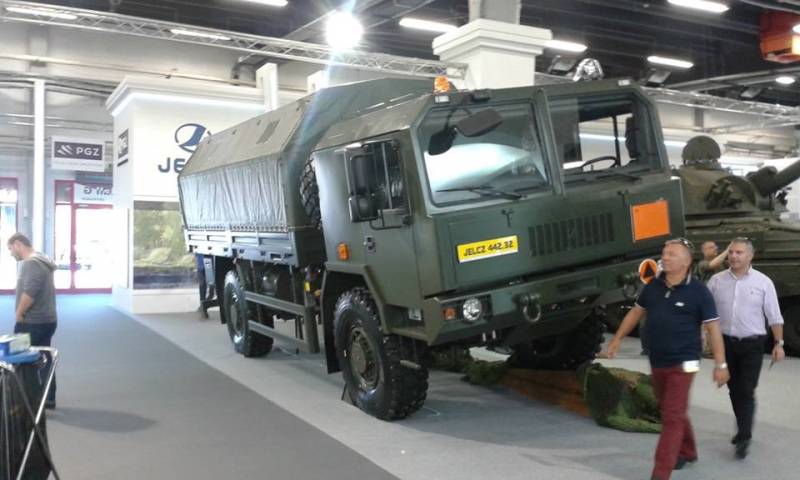 Very often it happened that in order to issue a reserve of necessary equipment to a soldier, he was taken for temporary use from another military unit, which at that time did not participate in the training! Therefore, the soldiers were aimlessly "killing time," for example, by collecting mushrooms.

The lack of a sufficient number of modern means of communication and the frequent failure of obsolete radio stations used led to the fact that the troops were controlled by ... civilian cell phones. Although it is known that a potential adversary in Ukraine learned to pinpoint them and make artillery shelling of these places, in many cases there was simply no other way out!

It is necessary to say frankly - the Polish Army became a victim of the "partisanship" of the state and the incompetence of managing civilian politicians for 20 years. It often happened that party activists, who did not even see the army at the parade, became the defense minister or his deputy. At one time, the defense minister lacked two deputies, but now the five of them cannot cope with the organization of medium-sized exercises.

And you say how good it is when a civilian minister is good where we are not.