Why shouldn't the European members of NATO hope that the US will pay forever? 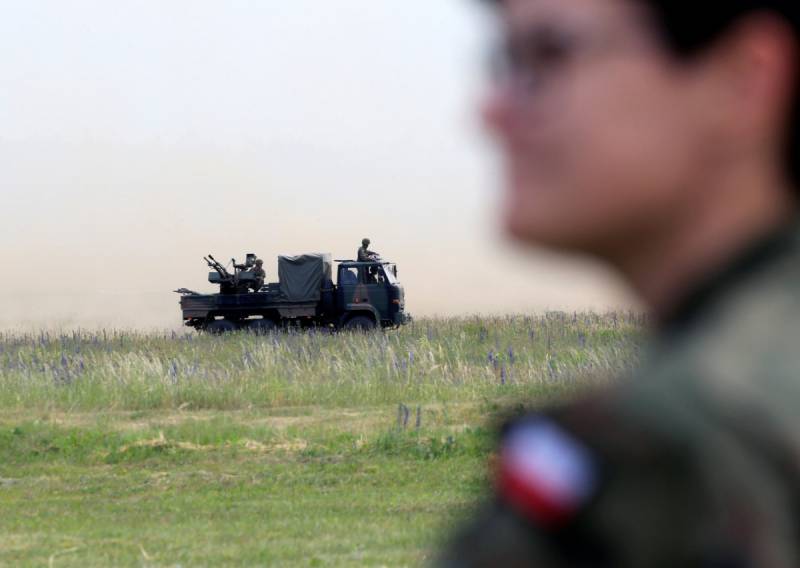 The European members of NATO must partly assume the costs of NATO, because it is in Europe that the main challenges and threats are concentrated.

For nearly seven decades, NATO has built and strengthened transatlantic relations, creating an image of a united West. This is the most important protection and security organization for 66% of Europeans and 62% of Americans.

NATO's views have generally improved over the years. After the fall of communism in Europe, the goals and priorities of NATO changed and penetrated many areas. However, there is still a legacy of the Cold War era - an imbalance in the distribution of financial responsibility among allies.

Although cumulative contributions to NATO have increased over time, the United States remains the largest financial contributor. Even after European countries recovered economically after the war, and NATO matured from twelve founding members in 1949, to 29 countries in 2017, members did not fully begin to fulfill their commitments. The biggest difference was recorded in 1952, when the United States paid 77 percent of the total costs of the alliance. The relative balance in defense spending was observed in the 1999 year, when the US contribution was only 55 percent. This was due to the long-term commitment of the European members of NATO during the conflicts in the Balkans.

The current desire of the US administration to put pressure on the European members of NATO to achieve more is attracting widespread attention. But this is nothing new, since the discussion about the equivalence of contributions has been going on for a long time. The first question was raised in the 1953 year, when US President Eisenhower proposed to Europe to increase its contribution to defense spending with the words: “The American Well Dried Out”. As a result, NATO’s European partners increased their defense spending, but the United States continued to bear the bulk of the costs.

The second wave occurred in the 1980s during the Reagan presidency. The US share in the NATO budget at that time was 63 percent. In 1977, the NATO allies agreed to increase their defense spending to reach 3 percent of their gross domestic product (GDP). In reality, only a few European countries have ever reached this mark. In the 1989 year, despite a small noticeable success in exerting pressure on European countries, the US share was 62 percent. By the end of the Cold War, the geopolitical climate between East and West had improved, and allied countries were required only 2% of GDP.

The current wave of cost-sharing debates did not really begin with President Trump. He expressed his dissatisfaction with the European allies at his first NATO summit in Brussels: "Member States do not pay for what they should ... and this is unfair to people and taxpayers in the United States."

This dispute began in 2011, when US Secretary of Defense Gates cursed NATO members for not contributing: "The United States will not engage in charity and drag the entire alliance." For the first time, the question of the viability of the alliance was questioned as. The countries of Europe began to gradually reduce their defense budgets when the economic crises began. And again, America took over everything - 71,5 percent.

The topic once again surfaced during the NATO summit in Wales in 2014. During the summit, member states pledged to cope with the downward trend in defense budgets and promised to reach the 2 percent of GDP by 2024 year. Defense spending in Europe in 2015 increased for the first time in the last twenty years.

2% of GDP is a mandatory goal for each participant, but it does not take into account the political commitment of the Allies. For example, things are not so straightforward in the case of new NATO members with a weak economy and limited military capabilities. It is also very important to consider whether budgets are spent on new acquisitions or on maintenance.

A fairer cost sharing has been one of the “smart defense” items, the implementation of which has always been on the “to-do list” since the NATO summit in Lisbon in 2010. The implementation of smart defense concepts will be a decisive factor in eliminating the gap between the requirements and capabilities in the field of defense.
Recent events have emphasized the importance of commitment, trust and unity among NATO allies.

Germany is one of the countries whose leading role in Europe helps it maintain unity and exchange of defense capabilities. In this respect, everything is getting better in Europe. Twenty-three European member states have recently agreed to the European Permanent Structured Cooperation (PESCO). PESCO’s goal is to establish a mandatory and comprehensive legal framework for investment in security and defense, including increasing budget expenditures, developing joint defense capabilities, investing in joint projects and improving operational readiness.

The geopolitical environment has changed. Economic circumstances are different from those that were seven decades ago, when the United States offered its military aid to Europe. Today, the European Union is the economically richest and largest trading bloc in the world. Its integrity contributes to ease of coordination in the defense.

Ultimately, the United States expects European members of NATO to pledge themselves to incur fair expenses. This requires the current security situation in Europe - the greatest number of problems and threats are concentrated there. Russian aggression in Ukraine and its aggressive military activities in the Baltic region are a strong argument in favor of increasing commitments to NATO. Other problems include mass migration from North Africa and the Middle East, the growing threat of terrorism and violent extremism. In fact, increasing costs is not a proposal, but a strategic necessity.

Ctrl Enter
Noticed oshЫbku Highlight text and press. Ctrl + Enter
We are
A great interview with Sergey Lavrov: about Ukraine, Obama and IranWhat you didn't want to know about England
4 comments
Information
Dear reader, to leave comments on the publication, you must to register.