November 27 2017
27
Building up the operational and combat capabilities of the Ukrainian Armed Forces has been and remains the main task of the next year, said Viktor Muzhenko, Chief of the General Staff of the Armed Forces of Ukraine, at a meeting in the General Staff that summarized the activities of the armed forces for 2017 a year, analyzed the work of headquarters training of military units and subunits, personnel, logistics, technical support of the troops (forces) and others. 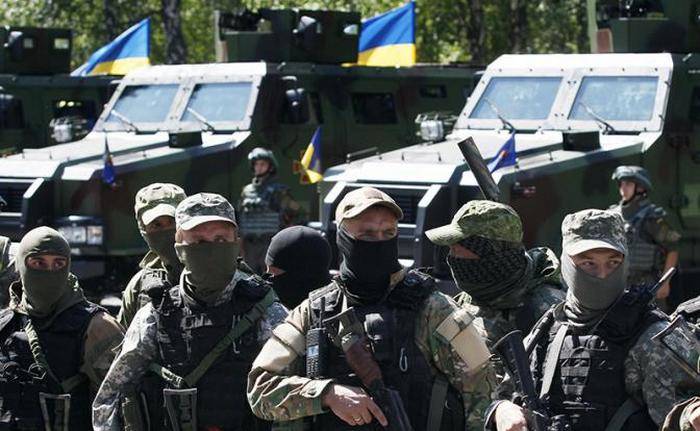 Building up the operational and combat capabilities of the armed forces of Ukraine has been and remains the main task of this and next year. Along with this, the objectives of 2018 of the year are to ensure the implementation of the tasks of reforming and developing the armed forces, organizing comprehensive support for the troops and improving the regulatory framework of their activities
- quoted Muzhenko press service of the General Staff on Monday in Facebook.

Ctrl Enter
Noticed oshЫbku Highlight text and press. Ctrl + Enter
We are
Chief of the Ukrainian General Staff Muzhenko reflects on the topic of "possible personal presence" of Sergei Shoigu during the operation in Debaltseve
Military Reviewin Yandex News
Military Reviewin Google News
27 comments
Information
Dear reader, to leave comments on the publication, you must to register.