Sochi meetings: the Middle East at the feet of Putin 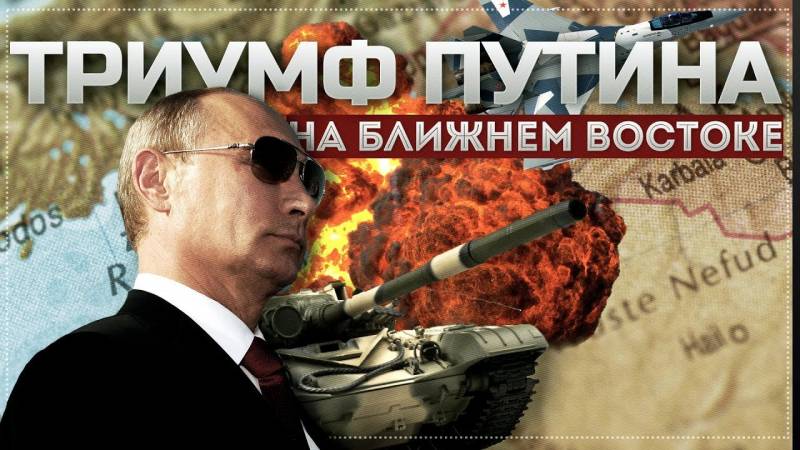 The November meetings in Sochi may someday be included in history on a par with the Camp David Accords. In fact, both of them in their own time outlined the contours of the new Middle East.

Today, for the first time in 30 years, the United States is behaving cautiously in the Middle East. They can no longer roll into the stone age anyone. Moreover, in recent times they have hardly succeeded in defending their few allies already in the region. Even not every year, and almost every month, the leaders of one or the other countries of the region fly to Russia to the new hegemon of the Middle East and express their respect for him and assure him of eternal friendship. 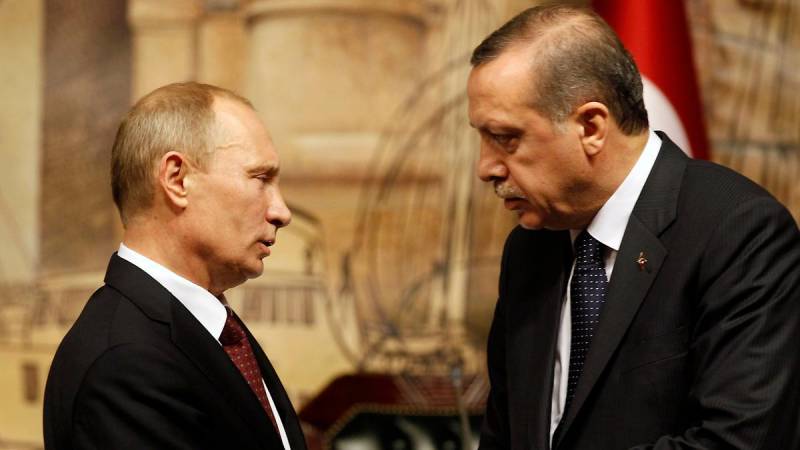 The hardest thing was to “tame” Turkey. The diplomatic and economic hilling of Ankara lasted for almost ten years. At first she was shown a delicious gingerbread. Then she was convinced of the common interest, and then a series of mistakes by American diplomacy brought the inevitable closer. As a result, three more recently implacable countries, Russia, Iran and Turkey, became partners and co-founders of the new world order in the Middle East, in which the US was left an important but far from the main role.

As soon as the leaders of the Middle East began to believe in the inevitability of the new world order, their apparent attitude towards Moscow also changed. 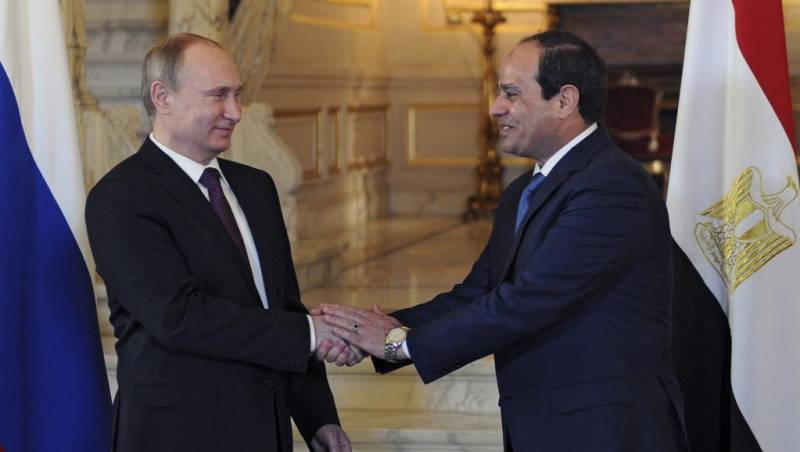 Egypt after the Arab Spring, in fact, had no choice. After Washington stabbed them in the back, Al-Sisi clearly did not want to go to the US to bow to the new President of the country Abdul-Fattah. Cairo tried to maneuver, tacking between the interests of regional players, until Russia returned to the region in 2015. Then everything went like clockwork. Military contracts, nuclear power plants, equipment, grain, metal. In general, the friendship turned out not only sincere, but also with economic interest.

Qatar had the hardest time deciding on such an important step for him. The country's leadership was aware that the United States would never forgive them. On the other hand, Qatari and American interests completely diverged. Losing the Syrian campaign and winning Trump did not leave Doha no other options. Friendship with Washington meant ruin and collapse. Friendship with Moscow gave hope for peace and prosperity, and Emir Tamim bin Hamad Al Tani took the risk. 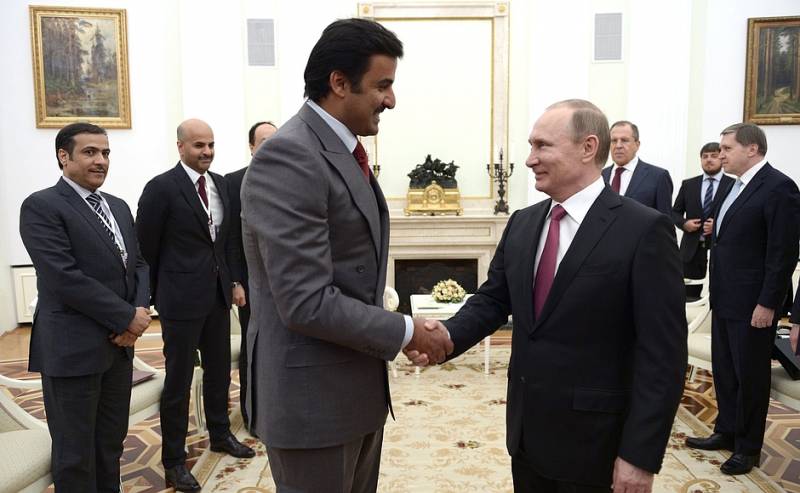 And won. Today, economic ties between Qatar and Moscow are growing stronger and will soon become strategic. Their LNG "business" ideally complements each other. Moscow can easily serve Qatar’s European customers with gas from the Yamal LNG field, and Doha, in turn, will close Moscow’s obligations to India and other partners in the region. Only business, nothing personal, as the Americans say.

After the Allies jointly managed to defend Qatar (that is, the demarche of Saudi Arabia was not satisfied), the US Middle East fell.

Towards traditionally good relations with Algeria and now Egypt, Russia has every chance of becoming the patron of the new Libyan regime, which very soon can restore the unity of the country under the leadership of General Khalif Belkasim Haftar. 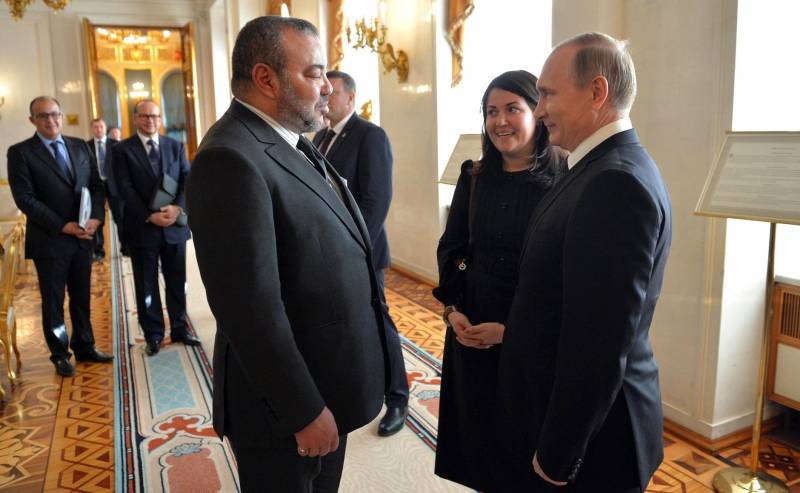 Negotiations with Morocco are already far advanced. Moscow understands the interests of Rabat in Western Sahara and considers them worthy of respect. In turn, the emergence of a very strategic military base in Russia is just a matter of negotiations. I think that today King Mohammed VI has almost no arguments left in order not to conclude a mutually beneficial agreement with Moscow. 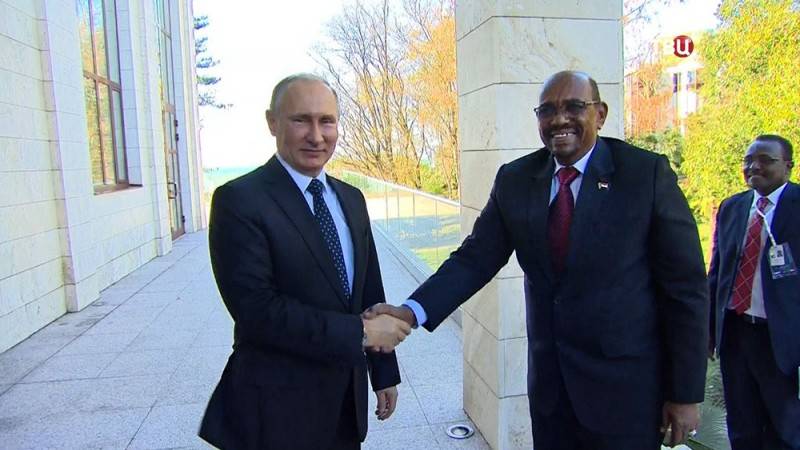 The last nerves of the Sudanese President Omar Hassan Ahmed al-Bashir. His troops are still helping the "legitimate" President of Yemen, Hadi and the royal Saudi army to bring "order" in this country. Meanwhile, he himself went to Sochi the other day to pay his respects to the new hegemon and to invite him to build a Russian military base in his country that would protect him from possible aggression on the part of you know who. But at the same time, he does not mind building a Russian nuclear plant.

And in general, he is a fan of Russia from time immemorial, if someone does not know. 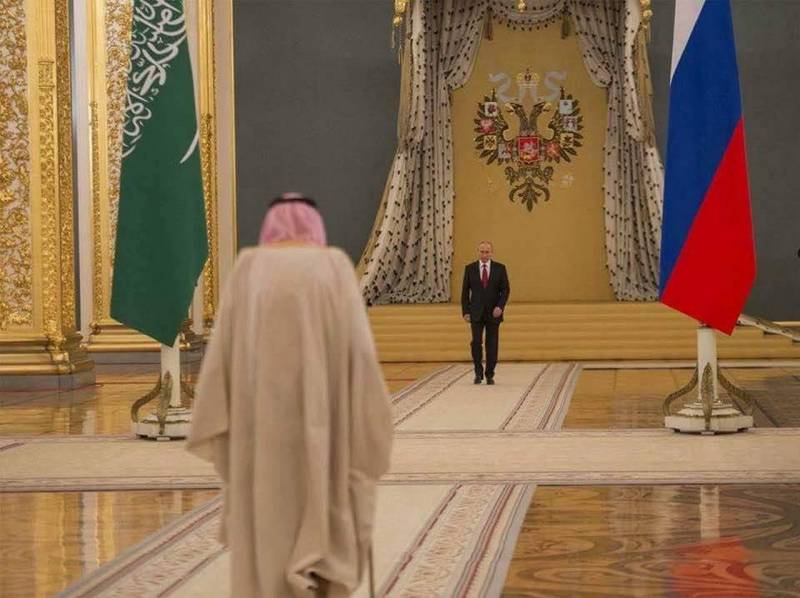 And what could he do if even the “great” king of Saudi Arabia Salman ibn Abdul-Aziz Al Saud once for all torn off his “loin” part from the throne and went on a historic visit to Moscow to witness to his friend and brother Vladimir the lowest respect.

For statistics, let us recall the “eternal” ally of Russia in the region of Syria and, finally, a fully defined Iraq. Now this, together with Iran, is the so-called “Shiite arc”, which is very frightening for Israel. The Shiite arc in the hands of Moscow is the best argument for Tel Aviv to negotiate before it is too late. Otherwise, Syria may recall that the Golan Heights once belonged to them.

So, we see that the Middle East for 2017 year, as a kaleidoscope, re-assembled in a new picture. The United States is still present in it, but Russia occupied the background, and the main place in the mosaic. If someone had said this at least two and a half years ago, she really would not have believed it. I did not believe that everything can happen quickly. But here I must say thanks to the United States and their internal quarrel. Without it, obviously, the process would be delayed in time.

Ctrl Enter
Noticed oshЫbku Highlight text and press. Ctrl + Enter
We are
Reports from the militia of New Russia for 27-28 September 2014 of the yearResults of the week. "Well, do not change me because of every idiot!"
Military Reviewin Yandex News
Military Reviewin Google News
32 comments
Information
Dear reader, to leave comments on the publication, you must to register.