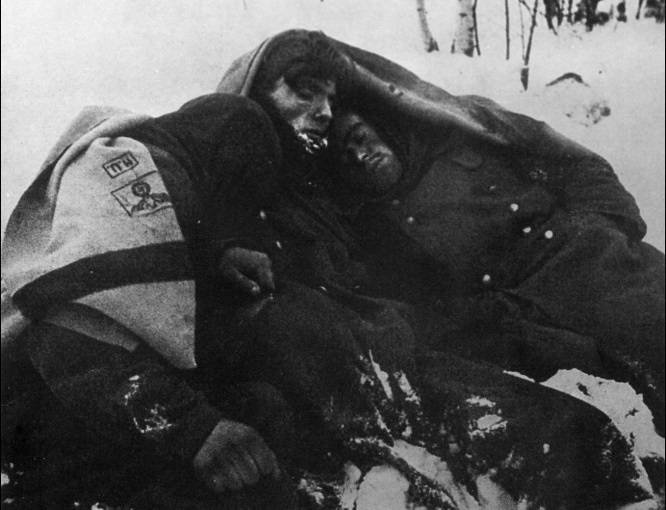 The two-minute performance of "Boy Kolya" in the Bundestag caused a lot of unhealthy comments and discussions, suffering for the lack of factual material with excessive emotionality. Meanwhile, Kohl from Novy Urengoy did not discover any secrets, and his critics were simply not well taught in Soviet or already Russian schools. Textbooks stories before the collapse of the USSR, and (especially) in 90-x, carefully silent, or even distort the facts.

The first thing to remember. The Soviet Union, which did not sign the Geneva Convention on the Rules for the Maintenance of Prisoners of War, immediately after the start of the Great Patriotic War, confirmed that it would fulfill its requirements. The corresponding document was also transferred to Germany through the Swiss embassy. Hitler did not answer him.

Dry documented statistics show that 57 percent of Soviet prisoners of war died in Nazi camps. In the Soviet camps, slightly less than 15 percent of Germans (and their allies) and less than 10 percent of Japanese died. But from this statistic the captives at Stalingrad completely "fell out".

The reasons are obvious.

1. Before the defeat at Stalingrad, the retreating Red Army took an insignificant number of prisoners. For the entire 1941 year - 9 147 people, and by November 19 1942 g (the beginning of the counteroffensive at Stalingrad), another 10 635 people were captured.

2. Long before the start of the battle and falling into the environment, followed by capture, the Romanian and German soldiers were malnourished. Stretched communications and actions of partisans in the rear led to the fact that already in September (!) 1942, the ration of soldiers of the 6 army was 1800 kilocalories instead of the minimum necessary 3-4 thousands per day (and in the winter in conditions of intensive hostilities - up to 7,5th. Kcal on modern standards).

Moreover, the problem with food was getting worse all the time. By the beginning of the offensive, the invaders had already eaten everything that they could requisition from the local population and most of the horses that were available. As a result, the logistics of the surrounded group were completely destroyed and it was impossible to deliver food from several food-overloaded warehouses (the warehouses seized after the defeat of a part of the Red Army).

As a result, by the first days of January, the 43 bread bread rate fluctuated within 50-200 grams per day. For comparison, the minimum bread rate issued to workers in besieged Leningrad in November-December 1941 of the year was 250. By January 7, in an surrounded grouping, starving deaths were fixed from 120.

3. Catastrophically aggravated by hunger inability to warm up. There were no exceptional frosts this winter. The minimum night temperature did not fall below 22 degrees of frost at night in January, while the average daily temperature varied from 0 to minus 5 degrees. But the lack of trees and the damp wind acted on the weakened organisms surrounded fatally.

4. The lack of heat, the inability to wash and disinfect, plus hunger provoked mass diseases and the spread of lice. At the end of the autumn, when at least some system was operating, in the military field hospital with 12 the soldiers took one and a half kilograms of lice.

As a result of all these factors, the 6 Army Headquarters on January 26, 1943, estimated the total number of patients in 30-40 thousands.

With all this enormous number of people our troops had to face after the surrender of Paulus. In this case, the total number of groups at the time of delivery was estimated at 86 thousands of people. But in reality they turned out to be much more. Only from January 10 to February 22 did 1943 91 people surrender.

Further obvious. Quite unexpectedly, it was necessary to dress, warm, heal and transport an army of patients, stitched dystrophics, who almost completely lost the will to live (apathy is a result of prolonged hunger and hypothermia). 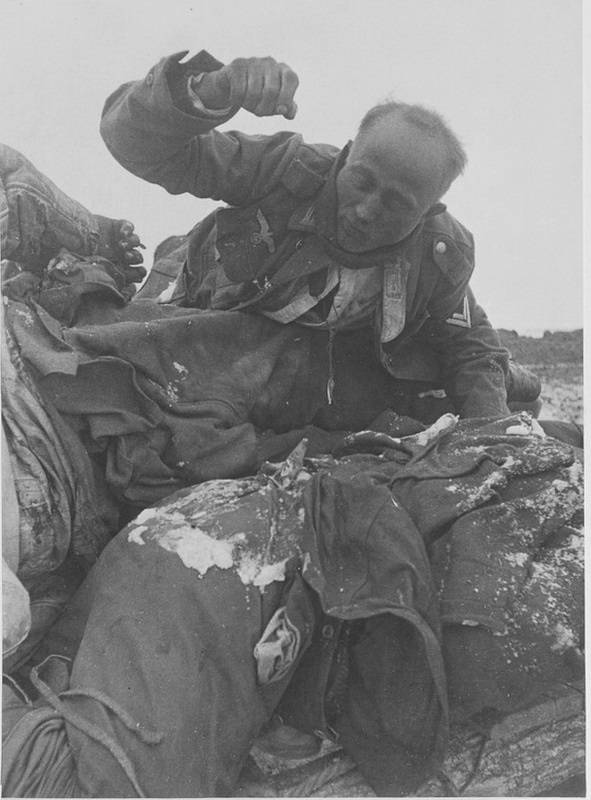 In this case, the prisoners still had to be delivered to the camps. To leave them in the crushed Stalingrad meant to expose the surviving civilians and soldiers of the Red Army to the threat of an epidemic that would just finish off the city.

"Velsk:" Prisoners of war revealed extreme lousiness, their condition was very depleted. 57 percent of mortality falls on dystrophy, 33 percent - on typhus and 10 percent - on other diseases ... ".

From the act of the commission, who examined the camp in the village of Khrenovoe: "According to the data of the physical condition of the prisoners of war who arrived at the camp, they are characterized by the following data: a) healthy - 29 percent, b) sick and depleted - 71 percent. prisoners of war who could move independently were in the group of healthy".

At the same time, 10 percent of those who got into the camps and those surveyed were classified as "hopeless" - the hastily equipped camps were not able to provide them with qualified assistance. The results were predictable.

Camp in Beketovka. Today it is the outskirts of Volgograd, to which there are hours of walking from the 4-5 city center. In winter, the exhausted prisoners went there from early morning until late evening. In general, from among those who went to the camp in Beketovka, 10 35 prisoners were hospitalized by 099 May, 28 098 people were sent to other camps, 27 078 people died. Similar numbers were in other camps.

The catastrophic situation with the prisoners tried to fix "off the wheels." Numerous orders of the People's Commissar of Defense and the People’s Commissar of the Commissars Beria couldn’t rectify the situation immediately - the country simply did not have everything necessary in 1943 to immediately provide due assistance to hundreds of thousands of people. But there were local residents, too, starving and sick, was destroyed Stalingrad. Finally, there was also the Red Army, which also had to maintain its combat capability.

I will cite only one of dozens of documents, from which attempts began to urgently establish the proper maintenance of prisoners of war. 30 December 1942, Deputy Commissar of Internal Affairs of the USSR Ivan Serov presented a memorandum, which stated:

"In connection with the successful actions of the Red Army units in the South-Western, Stalingrad and Don fronts, the dispatch of prisoners of war takes place with great difficulty, as a result of which there is a greater mortality among prisoners of war.
As established, the main causes of death are:

1. Romanian and Italian prisoners of war from 6-7 and up to 10 days before being captured did not receive food due to the fact that all the food that arrived at the front went first to the German units.

3. The concentration points of prisoners of war, as well as the reception centers of the NKVD, should be provided with food and clothing on the route by the Red Army rear headquarters. In practice, this is not done, and in some cases, when loading trains, prisoners of war are given out flour instead of bread, and there are no dishes.

4. The organs of military communications of the Red Army submit wagons for sending prisoners of war, not equipped with bunks and stoves, and 50-60 people are loaded into each wagon.

In addition, a significant number of prisoners of war do not have warm clothes, and the trophy equipment of the rear services service and armies is not isolated for these purposes, despite the instructions of Comrade. Khruleva on these issues ...

And finally, contrary to the Statute on Prisoners of War, approved by the Council of People's Commissars of the USSR, and the order of the Red Army Glavvoensanpura, wounded and sick prisoners of war are not taken to front-line hospitals and sent to reception centers. "

In total for the 1941-49 years in the USSR, slightly more than 580 thousands of prisoners of war of different nationalities died - 15 percent of the total number taken prisoner. In Germany, I recall, the mortality of our prisoners was 57 percent.

As is clear from the foregoing, any insinuations on the subject of prisoners of war who died in our captivity serve the same purpose — to distort history. In accordance with the policies and practices of the Soviet leadership during the Great Patriotic War, all prisoners of war who died in captivity are victims of the war. All the rules and regulations on the treatment of prisoners of war were applied to them as far as possible and with limited capabilities. After Stalingrad, corresponding organizational conclusions were made, and the death rates in the camps decreased by an order of magnitude.

PS Dozens of pages and documents on this subject are published in the material "Causes of high mortality among captives near Stalingrad"from 18 March 2010 of the year.

Ctrl Enter
Noticed oshЫbku Highlight text and press. Ctrl + Enter
We are
Chernobyl notebook. Part of 3Father told
98 comments
Information
Dear reader, to leave comments on the publication, you must to register.