No peace, no war, and the "Maidan" not to dismiss

November 27 2017
14
After the November 13 meeting in Belgrade, Kurt Volker took a pause, and Vladislav Surkov became very talkative for the first time and gave a terrible secret: Russia considered only 3 from 29 US proposals for the Russian resolution on peacekeepers to enter the Donbas acceptable for discussion. This is a clear failure of the negotiations of special representatives, but more importantly another: Surkov betrayed him to publicity! With a mocking comment: "Three is better than zero." They also allegedly agreed on the need to “speed up the fulfillment of Kiev’s political obligations under the Minsk agreements.” This is what they mean the law on "reintegration of Donbass"? 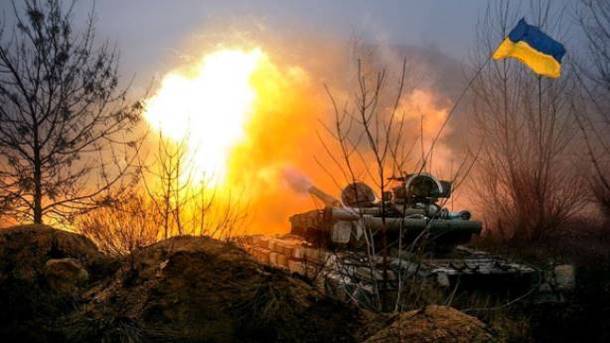 The Verkhovna Rada is to adopt in early December a law on the “reintegration of Donbass” and declaring Russia “the country as an aggressor”, in fact, this is a complete breakdown of the Minsk agreements and a veiled declaration of war on Russia. Note that this law was advised by American advisers in Kiev, and the adoption of this bill was postponed from mid-November to December.

Recently, Viktor Medvedchuk, under the specious pretext of “exchanging prisoners,” flew to Moscow to meet Putin, or did Poroshenko hang out with him through Medvedchuk? Volkner and the whole army of soldiers, no doubt, in a rage: what else were they talking about? In fact, Poroshenko’s compromising connection with Putin through his godfather Viktor Medvedchuk, who successfully leads the “Ukrainian choice” in Kiev, despite all the Maidans.

In fact, Poroshenko is an oligarch from the post-Soviet, relatively independent past of Ukraine, that is, he can play his own double game. By this, he may not arrange Volcker and company.

In fact, Poroshenko repeats the policy of Yanukovich, who led a pro-Western European integration policy, flirted with Bandera neo-Nazis, but he did not break ties with Russia. Poroshenko also pursues a pro-Western policy, splashes Russophobia over the edge, but does not fulfill the main task assigned to him by his "friend of Ukraine" McCain, ex-chief Volkner: he does not attack Donbass-Russia.

Poroshenko, as it were, resumed 5 on November of the artillery war in the Donbas, but this was not enough: the “deep democracy” in America and the western fake media did not notice it. Apparently, Poroshenko promised Walker to start a war in the Donbass: he made a “rocket” statement in this regard, heightened the shelling of Donbass, but he did not start a real, big war. And this he seems not to be forgiven. 47 million dollars to purchase lethal weapons for Bandera is already on Trump's signature, and they are waiting for the start of this war. Presidential elections in Russia are getting closer.

It seems that Volker and the company are waiting for Poroshenko to adopt the law “On War with Russia”, threatening otherwise with a new coup d'etat. Although the Maidan has begun, they call it “the name of Saakashvili”, but sponsors of battalions like “Donbass” supervise and support it, and not at all Saakashvili and his team.

Surkov at the negotiations with Volker made some demarche, an important statement. In a sense, it’s time to decide: Moscow is running out of strategic patience. Then it is logical that he mockingly commented on the negotiations, and Putin, after the meeting with Medvedchuk, defiantly called Donetsk and Lugansk, this is, after all, telephone recognition of Novorossia! While in Ukraine, the slippery political situation continues: neither peace nor war, but the Maidan will not be dissolved.

Poroshenko must necessarily crush the third Maidan, but he cannot do this without the help of the Ministry of Internal Affairs and the National Guard under Avakov, who are overflowing with the Nazis from his Azov. The result is a stalemate. In early December, the Verkhovna Rada should make a decision on the war or the continuation of the Minsk peace.

Ctrl Enter
Noticed oshЫbku Highlight text and press. Ctrl + Enter
We are
Will Russia go to war?Results of the week. “If I am leaning against a warm wall in a quiet place, then I’m still nothing at all!”
Military Reviewin Yandex News
Military Reviewin Google News
14 comments
Information
Dear reader, to leave comments on the publication, you must to register.