Bush has broken the record of longevity among former presidents 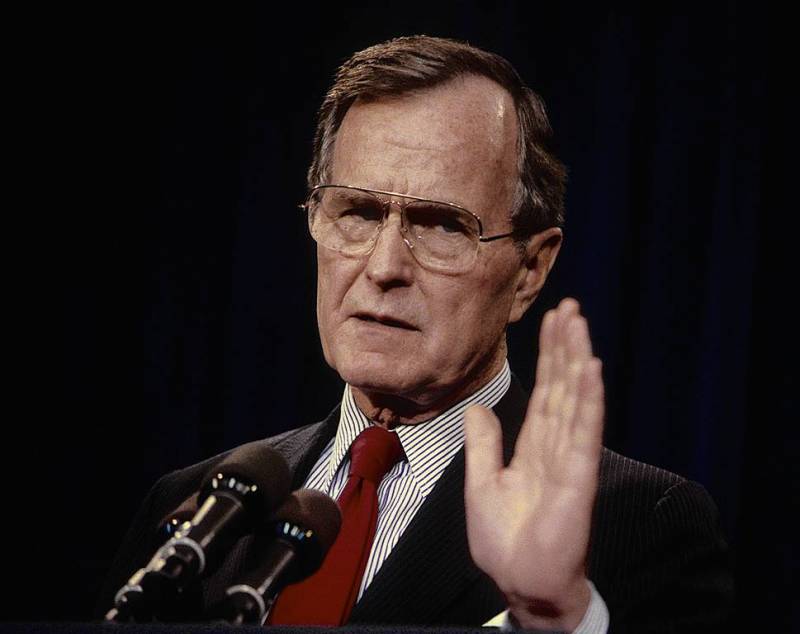 And this fact first drew the attention of 15-year-old schoolboy from the state of Missouri, Gabe Fleisher, who carefully monitors the political life in the country and even maintains its own newsletter. On Twitter, he has 48 thousand subscribers.

As Gabe noted, “Bush is on the list of the oldest US ex-presidents, followed by Jimmy Carter, who was 93 of the year and 55 days on Saturday.”

Gabe’s calculations were quickly picked up by the American media.

George Herbert Walker Bush was born June 12, 1924 in Milton (Massachusetts) in the family of a prominent figure of the US Republican Party. In 1942, on his 18th birthday, he volunteered for the sea Aviation. He was the youngest pilot in the US Navy, has military awards. In 1975-77, he worked as the director of the CIA. In 1981-1989 he was vice president at Reagan. And in 1989-93 he served as president of the United States.

Despite the fact that Bush Sr. suffers from Parkinson's disease and is forced to move in a wheelchair, he celebrated his 75-, 80-, 85- and 90-anniversary with parachute jumps in tandem with professional instructors.

Ctrl Enter
Noticed a mistake Highlight text and press. Ctrl + Enter
We are
Results of the week. “Take off your hats! Expose the head! The body will be taken out now! ”
53 comments
Information
Dear reader, to leave comments on the publication, you must to register.