Sergey Sobyanin and "15 million conditionally extra people." What was it?

November 27 2017
373
Tribune. Microphone. The economic (political-economic) guru takes the floor, bringing to the attention the idea of ​​“how we can equip Russia”. One guru, another guru, third guru, etc. If we make a comparative description of such speeches, then one thesis can often be distinguished, which is promoted as the main one: Russians for the most part work poorly and not for long.


Their labor productivity (that is, yours with us) is low, they (they, that is) retire too early to retire. Accordingly, the proposals expressed by the economic gurus regarding the “arrangement of Russia” turn out to be in fact like a carbon copy: we’ll develop the retirement age - we’ll raise the retirement age, for too long, the parasites live; The funds we earn will mainly be spent on investment in the Western financial and economic system (so that partners will praise and give visas to the people’s servants at another time), we will increase labor productivity with acts and other pieces of paper - at least at the local financial statements. On pieces of paper, something just MOGE - say the guru ...

Saturday. 25 November. V All-Russian Civil Forum. Sincere conversation "The future of the country's economy: the role of agglomerations" of Moscow mayor Sergei Sobyanin and head of the board of the Center for Strategic Research, chairman of the Committee for Civil Initiatives Alexei Kudrin. The conversation was officially presented as a “discussion”, although the discussion as such did not come out for the reason that the “discussion” theses were from a single test.

So that later, like that boy Kolya ”, there were no misinterpretations about“ words taken out of context ”, it is better to quote a direct quotation from the Moscow mayor. It is published by the news agency. TASS:
Using the example of the Russian Federation, I can say that labor productivity in Moscow is 2,5 times higher than the average for Russia, and if you take the countryside, then 5-7 times. We live in the rural area conditionally "extra" 15 million people, who for the production of agricultural products, taking into account the new productivity technologies in the village, are largely not needed, these are either officials or social workers, but fewer and fewer people who can find high-performance and high-quality work. The situation is similar in small provincial cities. There really is less and less good employment and quality jobs.
So, labor productivity in the country is low, according to the deep conviction of a Moscow official, because of the presence of “conditionally extra” people. In Moscow, there are no “extra” people, everyone works like a bees and ants, but there are people in the village. It would seem, based on this thesis, the economic gurus will propose to redirect part of the funds that continue to be actively invested in American cut paper to infrastructure projects to support the village and small cities. It would seem that now there will literally be a phrase about the need to build a full-fledged state program to create jobs in the province, to extrapolate technologies to the whole territory of Russia, to develop the immense territories of the country, and not just within the Third Transport. But no ... We are listening to Sergey Semenovich further:
The authorities are going against natural trends occurring in the whole world, where urbanization has not stopped. It is the fastest growing in the largest cities of the world. And it is abundantly clear that without changing the structure of the population settlement, without concentration in large metropolitan areas, we cannot raise labor productivity, neither high technology, nor science, nor education, nor health care, nor human capital. Without this, Russia will lose competitiveness in the economy. 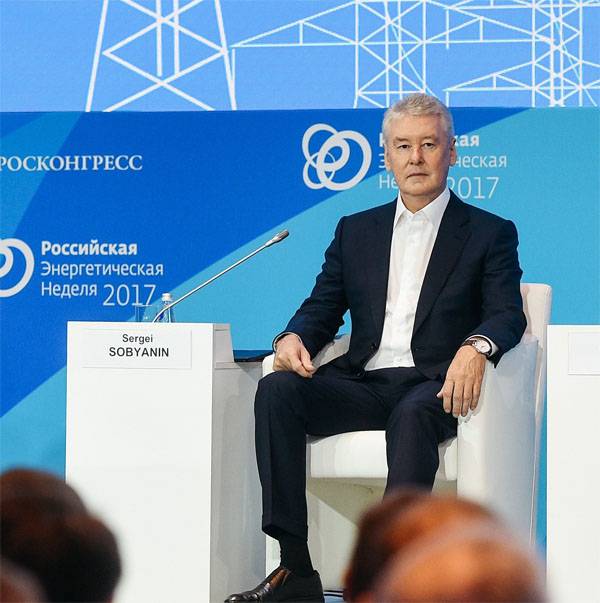 Well, then - again about Moscow from Sobyanin:
Moscow is not a black hole that draws talents and finances into itself. It is the driver of the economy and the locomotive of Russia in many directions.

That is, the idea is as follows: the state is driving “extra” people to megacities; these “extra” people are looking for a place under the sun as effective managers and other merchandisers. They will rearrange Chinese soft toys and Turkish tomatoes from the shelf to the shelf 3 once a day, re-stick the labels so that the buyer, naively thinking that he is buying goods at a discount, will pay one and a half times more than “before the discount” - this is for you and productivity growth. What do you think ...

No, well, you can, of course, begin to be outraged - they say, how can that be, and where are the ideas about the development of the village that feeds Russia and not only Russia, how does work on the land? - after all, merchandisers and managers do not raise the industry to the levels required for economic growth.

But who needs our perturbations and other things, forgive me, snot ... Noo-to. This is obvious, based on at least the thesis that since the days of another economic guru, E. Gaidar, the market is built in Russia. And the market and social responsibility are incompatible things. Moreover, the concepts “modern Russian market” and “social responsibility of big business and officials” are even more incompatible. When there are no intelligible criteria for assessing labor productivity and social responsibility (excluding responsibility to a small group of persons), then you can hang noodles on your ears that “buy-sell” vendor has “5-7 times more productive labor than a teacher in a rural school. " For what patterns is determined by comparing the productivity of a single paramedic for five neighboring villages and employee productivity, for example, a hospital of the Ministry of Defense. Is it possible to carry out such a comparison at all when the level of provision of medical institutions in the village and in the center of Moscow itself is “intergalactic distance”.

We have learned to send a person (and now also an American ...) to space, but our officials still do not know how to send a person (doctor) by ambulance to individual Siberian villages. They don’t know or simply don’t want to know, they just don’t want ... Less than “conventionally superfluous” people - less spending from the budget. After all, the provision of medical services to remote settlements does not give advantages to the treasury of a market economy, does not give benefits (as officials understand it) to the treasury of international relations. And here, on the top, it is much more important what report about Russia will be given to Deutsche Welle or the New York Times, than how things are going in Russia without looking through German, British, American and other “partner” prisms.

And then, you see, he was 60 for years, he’s just 40 for years on the tractor otpahal - and already retired, a parasite, a drone ... As if not so - take your feet in your hands, drive to Moscow agglomeration, there you will make “A real contribution to the market economy”, don't you dare to compete with guests from Central Asia, these are our strategic partners! Allocate funds for a new tractor, create new jobs in the village itself to increase productivity? - Well, no, pipes - not for that, we have tens of billions of people vdukhuyvayutsya in Kudrinomika, to let the petrodollar on some kind of “extra rusty” petrodollars.

So, the main brake of Russia is designated: these are millions of “provincial drones” who, you know, do not allow to move forward by leaps and bounds. It is the provincials. Well, not the army of officials, not the herds of corrupt officials with 10-th budgets of regional centers under the sofa, not total theft on the creation of infrastructure facilities, not "servants of nations" with Swiss or Florida real estate issued to a second cousin, but "extra" people, not wishing to work "in a modern way" ...

"Conditionally extra people." One can imagine the political future of officials somewhere in our so much honored individual EU leaders, if they would say something like that in relation to their fellow citizens ... And in our case, it is possible. Expert assessment, you know, ideas of development. Slaves still do not understand, because "take words out of context." And indeed, how can we understand the words in such a context ...

Ctrl Enter
Noticed oshЫbku Highlight text and press. Ctrl + Enter
We are
Raising the retirement age. Forced measure for the development of the economy or a threat to the social order of the country?Results of the week. “In our cooperative, the board is always agreed”
Military Reviewin Yandex News
Military Reviewin Google News
373 comments
Information
Dear reader, to leave comments on the publication, you must sign in.