Lessons from the "West": interference, NATO and the future of Belarus 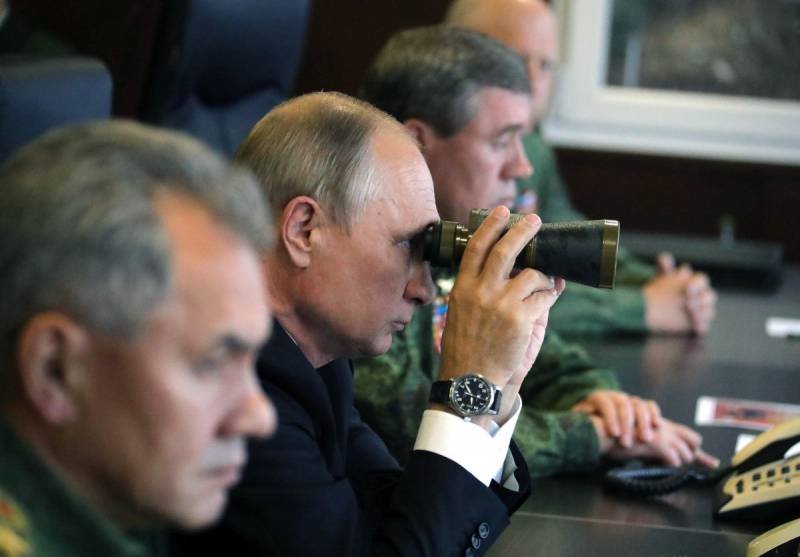 Joint exercises of Russia and Belarus “West”, held every two years, were in the center of attention of Western countries throughout September. And although everyone feared that “Zapad-2017” would be a cover for aggressive actions on the part of Moscow, the exercise was completed without incident.

But for observers from NATO, and especially for the Baltic countries and Poland, the actions of the Russian troops became the main topic of conversation for several months.

“I think we got an idea of ​​what they could have done, and we made conclusions about what we need to work on,” said military expert Jim Townsend, a representative of the New American Security Center.

At the same time, he notes: “I don’t think we saw something new for us. We were simply shown what we have known for a long time and what causes us concern. ”

The head of Estonian military intelligence Colonel Kaupo Rosin agreed that the “West-2017” was not surprising. He summed up the event, which made Estonia seriously think.

The first lesson was Russia's achievements in the field of cyberwar. According to the scenario of the exercise, the hostilities took place in a cybernetically vulnerable situation, and this reflected the readiness of the Russian troops to repel the attack of Western countries, including in cyberspace.

“I was surprised how much noise they made on the battlefield. This level of training we have not seen. And this happened at all levels - on land, in the air, ”said Col. Rosin.

In such conditions, the troops needed to rely solely on maps and their own knowledge of the region. This contributes to learning in two ways at once: to develop a knowledge base that can become vital in the event of a real attack, and familiarity with the types of cyber attacks that NATO forces can organize.

According to Rosin, NATO should think about inventing something new, because everyone has already learned how to cope with normal interference.

“I’m talking about developing cyber warfare skills that are becoming extremely important,” he said. “Besides that, we need to think about how we protect our own media. What will we do in the event of e-war? ”

The fact that Russia can create almost insurmountable obstacles for its own troops shows that it knows everything about how the North Atlantic Alliance can act during a conflict. For the Estonian armed forces this is not a very big problem, but coordination between different countries of the alliance may be complicated.

“Being a small country, we can command troops with a paper map. We always did. For us, interference in cyberspace is not a problem, says Rosin. “The problems will start with the troops of other countries that are far from their headquarters.”

The second lesson of the "West" that NATO members have learned for themselves is the top priority of speed of response. If Russia attacked the Baltic States from the territory of Belarus, could the alliance strike an effective retaliatory strike?

“This is our eternal question. The Russians have the advantage of time, space and the number of troops, ”said Rosin, adding that next year the alliance will concentrate on ensuring the speed of border crossings by NATO forces. The movement of Allied forces in Estonia takes up to 24 hours, but in other European countries this figure is much higher.

“Fast transportation is very important. By sea, air and land, of course. And the more troops we have in different locations, the less we will have to be deployed in wartime. ”
The third result of the “West” is the role of Belarus. Rosin notes that it is extremely important for Moscow to keep Minsk under its control.

“While Belarus is ready to cooperate, Russia is satisfied with everything. However, if there is a real threat of Belarus’s withdrawal from the influence of Russia, it [Russia] will be ready to resort to military measures. ”

And if this happens, Belarus will most likely have to rely only on itself, Rosin said.
“I don’t think that someone will come to the aid of Minsk. Of course, we will worry about the outcome of this conflict. But, as of November 2017, NATO has no reason to intervene in disputes between Russia and Belarus. ”

Nevertheless, according to Townsend, the most important thing is to remember that the “West” is an important military doctrine, but nothing more.

“We ourselves create the conditions for their propaganda to hit the target, they don’t even have to strain too much,” said Townsend. - They shout us “boouu” out of the darkness, and we jump up from fear and start running around in a panic. We should not let them treat us like that. ”

“I think that next time we should be calmer. The “West” has been held for many years, and until recently no one paid much attention to these teachings. So let's not overreact, we must behave sensibly and not lose our mind. ”