November 24 2017
41
Six Tu-22М3 bombers, which took off from an airfield in Russia, attacked the targets of the Islamic State terrorist group * on the west bank of the Euphrates River, according to the Russian Defense Ministry. 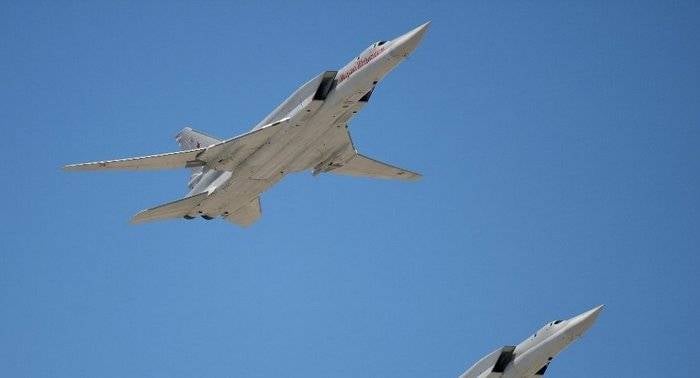 On November 2017, 22, six Tu-3MXNUMX strategic bombers, taking off from an airfield in Russia, inflicted aviation attack on targets of the ISIS * terrorist group on the west bank of the Euphrates River near the settlement of Abbas, Deir ez-Zor province
- said in a statement.

The escort and cover of the bombers in the airspace of Syria was carried out by Su-30CM fighters based at Hmeymim airbase.

As a result of the strike, the strongholds of the terrorists, and the accumulations of militants were hit. Objective control of the results of air strikes was carried out with the help of disembodied aircrafts
- added to the Ministry of Defense.

The ministry also noted that after the completion of the combat mission, all Russian aircraft returned to their home airfields.

ISIS * is a terrorist organization banned in Russia