Leonid Ivashov: Russia needs to decide on its perspective 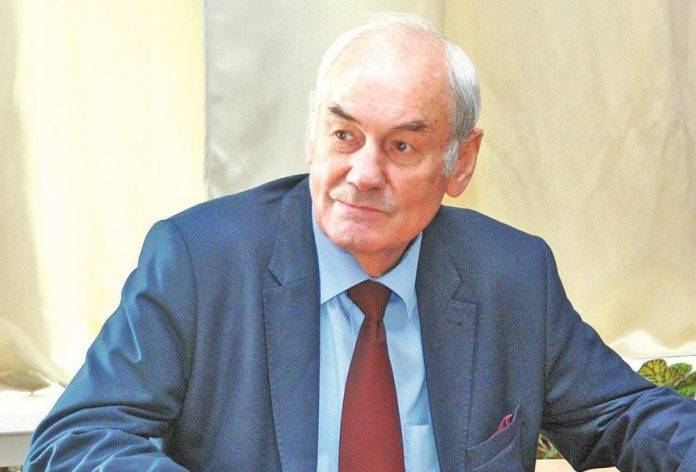 - Leonid G., in fact, geopolitics is the control over territories. What is the geopolitical situation around Russia now?

- You can answer in one word: critical. But Russia probably needs to go through these tests in order to cleanse, define its place and understand, finally, how we want to see the world in the 21st century, what tasks must be solved in order for it to develop harmoniously. Russia needs to decide on its perspective.

I understand perfectly well that nothing random happens in nature. Any element of a living system has its own useful function to maintain harmony. Society can not live unbalanced. Every nation has its own mission, every civilization has its own function. In Russia, it is special - it is the center connecting the West and the East, and the mission of our country is conciliatory. Russia has always stopped contenders for world domination. We do not need to seize anyone, colonize, lead into slavery. About two hundred nationalities live in Russia, uniting interests, enriching each other. Every little ethnos has unique character traits, knowledge and culture. This is our true wealth - unity in diversity. We are the smartest, most persistent. We are carriers of a unique world order.

- It is probably the envy of our western neighbors?

- Of course. Russia is a spiritual center uniting nations. And the West - the so-called anti-civilization, a predator, accustomed to live prey. If Russia has always developed at the expense of its labor, then the Anglo-Saxons and the Americans, who are also called the maritime civilization, are fed at the expense of their prey. Their goal is to take away what they did not sow or plant. Therefore, Russia for the West - the main object of production. And not only because we are very rich in natural resources and territories, we have a completely different meaning of life. We are an independent civilization.

In the West in the second half of the XIX - beginning of the XX century, clear geopolitical views were formed regarding Russia. The Anglo-Saxons all the time were looking for a formula of world domination, they captured the entire sea space of the planet, colonized entire continents. But how to gain control over Eurasia? Halford John Mackinder, a British geopolitician, found the answer to this question in 1904. He said: "Who owns Eastern Europe - he controls Heartland, who controls Heartland - he controls Eurasia, who controls Eurasia - controls the destinies of the world." Heartland is Russia. It turns out, controlling us, they control the whole East.

- But how was it possible to put Russia under control?

- We were drawn into the gold equivalent, put in a financial debt pit, - that's all. War has been constantly fomented against Russia. A way to defeat the recalcitrant country was found by the American admiral Mahan. His strategy "Anaconda" implies a squeezing policy. They tried to keep us out of the oceans, limited trade. And now the strategy of Mahan is manifested in the form of sanctions, a policy of deterring our state. In the work of Mahan "Sea Power" there is an interesting expression: "We need to occupy a strip between thirty and forty degrees north latitude and squeeze the Russian people from this position to the North, where, according to the laws of nature, he will not escape his fate." This is 1890 year! Even then, they tried to control the region of the North Caucasus.

“And now the NATO bloc is trying to control us, squeezing in an iron grip ...”

- The American political strategy today is not a jot away from the previous instructions. I have been in the US more than once. In the Library of Congress, Admiral Mahan’s book is incredibly popular not only among politicians and the military, but also among ordinary Americans. She republished many dozens of times. All their sanctions against us are built in accordance with these theories and strategies.

- How can we be in this situation? Act as they do?

- In no case! Military force is needed to curb the appetite of enemies. We need, first, to decide: how do we want to see the world in the future? Need a geopolitical doctrine. If we turn to the foreign policy of the postwar USSR, we will find the answer: the world should be arranged in accordance with justice, for each nation and each person individually. That is what united the peoples of Russia in their time. In the Soviet period, any ordinary person, with talent, could get through. For example, living in the Far East, the future academician Georgy Flerov, and then a simple sergeant of the Soviet Army, described the theory of thermonuclear fusion in his letter. The envelope signed on the name of Comrade Stalin. Two months later, Flerov was already met at the airport by future academician Andrei Sakharov, then he was sent to Igor Kurchatov. All our brilliant designers came from the provinces, from the people. And now we will think: is it possible for a simple talented person to break through today? Very difficult. Therefore, it is high time to decide which Russia we are building and whether we will participate in this construction. Thieves, American-robber concepts are alien to our spirit. Russians want a just peace.

- We went to the East, we are establishing close relations with China. Is this the right course?

- We need to build a long-term strategy of cooperation with this great country, but at the same time clearly define our interests. Yes, we need their investments. But the Celestial Empire builds socialism and propagates its ideas all over the world. What shall we do: imitate? For China, capitalism is a geopolitical adversary, and if we do not change something in our economic model, then it will look at us as an enemy with whom sooner or later we will have to deal with it. This eastern state realizes its national interests. Ordinary people in Russia for him is not an object of extraction, too we are not rich. China is interested in capital, that is, our dollar billionaires. Since 2014, the hundred richest people in Russia have increased their incomes by a third. In this situation, the country will find it difficult to build a long-term strategy with the Middle Kingdom.

- I will say a cynical thing, perhaps your readers will not support me. But if at the end of the 80s an act of military aggression was committed against us, the Soviet Union would have been preserved. People always consolidate during an external threat - this is how it is laid in our tradition. And therefore, I believe, Americans will not use military force. They use the factor of soft power, or in another way - a hybrid war, which they are now actively waging in all spheres of Russian life. Even companies from third countries of the world prohibit America to cooperate with us. The law on sanctions is a powerful rink riding on our economy. After all, most countries in the world are dependent on the global financial oligarchic system, on the American dollar.

- Leonid G., and yet, I think, we have long been involved in military operations. In Syria, not only the rank and file are killed, but also the generals ...

- In Syria, we entered correctly. After all, what is a half billion Muslims? In peacetime, this is a beautiful civilization. But Western intelligence agencies launched a pathological process: they distorted Islam, outraged the Koran, and now terrorism is the number one threat in the world. We just need to defend ourselves and protect the world. We provide a conciliatory process, but in conditions of war. Therefore, sacrifices are inevitable. Our guys die, protecting peace on earth. They are heroes.

- You said that our people are consolidating around an external threat, and what internal tasks can unite them?

- We need to build a powerful state. The oligarchic corporation must know its place and not put pressure on the state apparatus. The third article of the Constitution of the Russian Federation says that the people of Russia are the bearers of sovereignty and the only source of power. On self-management and you need to bet.

Recently there was a congress of patriotic forces, and there were representatives of all professions from many regions of the country. The delegates decided: it’s time to equip your life. Figuratively speaking, one should not wait for the master, who will come and judge everything. The people should independently control where, for example, they create a cooperative or a national enterprise, and which business they don’t need, because it does harm. We have no other way but to unite. And this process is already running.

“I think no one needs bloodshed.” And who will go to war? And for what? Around private property. In the world everything is balanced. To arrange another redistribution with terrible, unpredictable consequences? We have already passed this. But life will put everything in its place ...

Ctrl Enter
Noticed oshЫbku Highlight text and press. Ctrl + Enter
We are
A great interview with Sergey Lavrov: about Ukraine, Obama and IranWhat you didn't want to know about England
77 comments
Information
Dear reader, to leave comments on the publication, you must to register.