November 24 2017
22
The Italian company Beretta Defense Technologies, at the international exhibition of weapons Milipol, held these days in Paris, presented a new version of the Beretta Model 12, according to the portal shephardmedia.com


The Beretta Model 12 submachine gun, also known as M12 and PM12, was developed in Italy in 50-ies and then repeatedly upgraded. Due to the simplicity of operation and high reliability, this model was adopted by the security forces in three dozen countries, and was also produced under license in Indonesia, Brazil and Belgium. 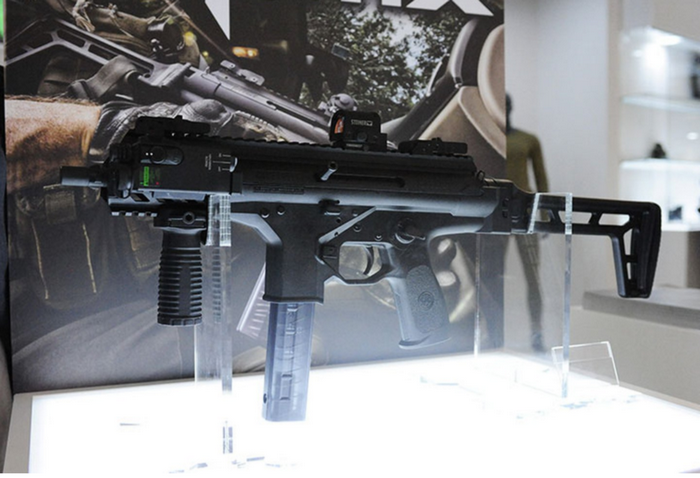 The new model is called PMX and is significantly different from previous versions. Due to the use of polymers, the PMX mass is only 2,4 kg, while the latest modification of the Model 12 (PM12-S2) weighed about 3,5 kg. One more important difference of PMX is shooting from a closed shutter (previous versions used open shutter mechanics).

In the basic version of the Beretta PMX, 30 × 9 mm caliber cartridges with 19 cartridges are available, as well as a butt that folds out to the side. The full length of the PMX is 64 cm, with the stock folded - 42 cm. The length of the barrel of the submachine gun - 17,5 cm. The maximum rate of fire - 900 shots per minute. Shooting can be conducted both in automatic and semi-automatic modes, transmits "Warspot"